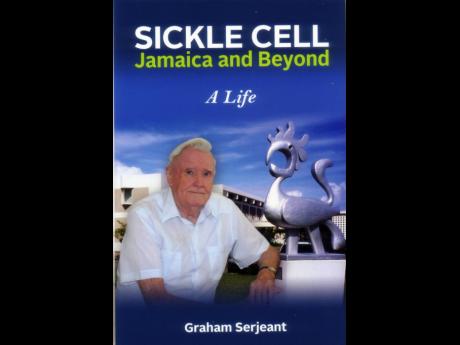 Contributed
Sickle Cell, Jamaica and Beyond 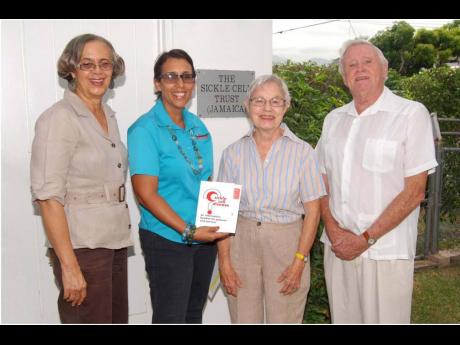 Sickle Cell, Jamaica and Beyond traces the Jamaican contributions to sickle cell disease over the last 50 years. A semi-autobiographical theme as much of the activity has taken place since the arrival of Graham and Beryl Serjeant in Jamaica ostensibly for one year in August 1966.

At that time, most people and the medical textbooks of the time stated that sickle cell disease usually caused death in childhood, with occasional survivors to adolescence and early adult life. This conflicted with the patients aged 30, 40, and even 50 years attending the Sickle Cell Clinic at the University of the West Indies.

An early chapter describes the methods set up in Jamaica, including sickle cell clinics attached to six hospitals around the island in addition to the central clinic at The University Hospital of the West Indies, and home visiting improved long-term follow-up of all patients. In the United States, observations were based largely on severely affected patients attending clinics and hospitals although the Sickle Cell Anaemia Control Act passed by Congress in 1972 improved education and follow-up there.

Even in Jamaica, unsuspected cases continued to be found, and there was a need to define a population at birth and follow these for life. Another chapter deals with the scientific challenges of diagnosing the disease at birth, which required detecting small amounts of adult haemoglobin (which includes the sickle cell gene) in the presence of very large amounts of babies blood (foetal haemoglobin). This was achieved in 1973 when Jamaica became the first country in the world to have extensive newborn screening, which started at Victoria Jubilee Hospital. As the children grew, the blood change and clinical features were documented, and many of the serious causes of death can now be prevented.

A chapter in the book deals with the Manchester Project where screening was offered to senior students of 15 secondary schools in Manchester from 2008-2013, and 16,612 students received their results in laminated cards, and counselling was offered to 2,500 students with abnormal genes making them at risk of an affected baby.

Sickle cell disease results when variant haemoglobins are inherited from both parents and may be prevented by educating parents to make informed decisions. In Bahrain and Saudi Arabia, premarital screening has been compulsory since 2004. All potential partners are tested prior to marriage, and finding that both partners carried abnormal genes and so were at risk of an affected baby has led to cancellation of over half of the proposed marriages. The Manchester Project sought to determine whether knowledge of haemoglobin genotype influenced choice of partner and risks of a baby with sickle cell disease. Newborn screening was set up in 13 hospitals in southwest Jamaica, where the girls screened at school were most likely to have their babies, but the results failed to show a reduction in the predicted number of babies with sickle cell disease, so this programme did not work in Jamaica at that time.

The last chapter presents a perspective of the Jamaican contribution to the worldwide management of sickle cell disease, summarising the suitability of this ‘island laboratory’ and the enormous contribution that Jamaican patients and their families have made to the disease.