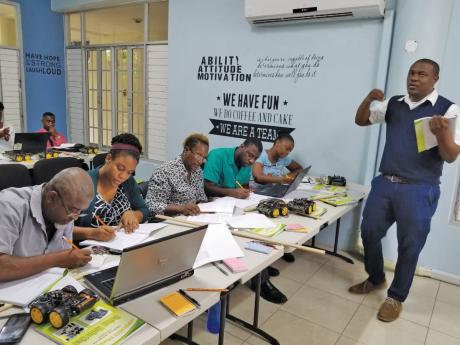 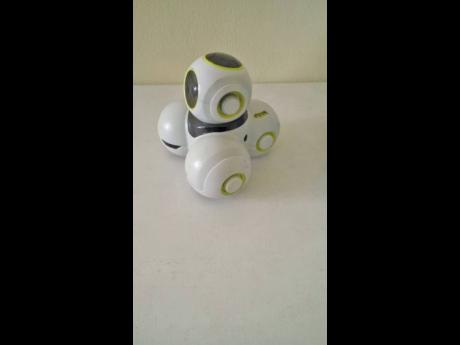 Technology is not static, and nowadays, it is moving so fast that some people cannot keep abreast of it. It is pervading every aspect of our lives and we cannot help but being affected some way or the other by it. These are the days of teller-less banks, cashier-less businesses, autopilots, drones, driverless vehicles, etc.

Automation is the use or introduction of automatic equipment (non-human) in manufacturing and many other processes, while robotics is a branch of engineering that involves the conception, design, manufacture and operation of robots (functional non-human creations), and while they have been around for a while our lives are now more inextricably intertwined with them.

This has caused the way in which education, which itself is now very automated, is focused. Automation and robotics education are now very essential if we must move with the times and the rest of the world. Right here in Jamaica there is a private institution, STEM Robotics Academy, operated by robotic/STEM engineer Wayne Thompson, that is making sure we are not left behind in the scheme of things robotic. Thompson, who has been involved with automation and robotics since 2015, is a robot designer and has books on robotics on the market.

The core of the operations STEM Robotics is educational robotics and STEM, including coding, hands-on-science, gaming, robotics, animation, and competition robotics. The purpose is to allow students to do a lot of the different subject areas and concepts in a hands-on manner.

“It is really a tool that we use in a laboratory or activity kind of sense … . In terms of automation, what we want to do is to show students that what they are learning is logic based, for example, to bridge the gap between theory and application, and bring industry to the classroom,” Thompson explained.

There is the teaching of the application of theory, where the requisite amount of theory matches the requisite amount of application. The idea is to learn from the abstract to the concrete, learning from experience, which is very critical to the appreciation of science. The wider society will benefit because the world would have more critical thinkers, Thompson said.

He makes robots that can solve mathematical problems, trains teachers to use the robots that he designs and trains them to teach mathematics using robotics. All the robots that are designed and used in the classroom, and their parts, as well as other electronic devices, are sold in the associated STEM/Robotic store, KRWTRONICS.

As it relates to real-world contexts, there is a demand for people who are trained in software engineering, coding. So the robotics programme is to make coding more “intrinsic” and “savvy”. And learning coding and thinking in codes from an early age will make it easier to get jobs in related fields in this the ‘Fourth Industrial Revolution’ in which, for example, light and power can be controlled from the Internet.

The academy then is preparing students for the ‘Fourth Industrial Revolution’, which is also referred to as 4IR or Industry 4.0. It is about rapid changes to technology, industries, and societal patterns and processes in the 21st century due to increasing interconnectivity and smart automation.

“The Jamaican students, we want them to appreciate science, we want them to apply science. We don’t want science to be seen as something theoretical on the blackboard … . We can’t afford that anymore because at the end of the day, that has allowed us to be a little bit lagging,” Thompson explained.

Located at 14-16 West Avenue, Kingston 8, on the Jamaica Theology Seminary campus, the academy also offers CSEC and CAPE mathematics, physics, and electrical technology classes. It is a school-based assessment hub and science experiment centre that facilitates science and competition projects.