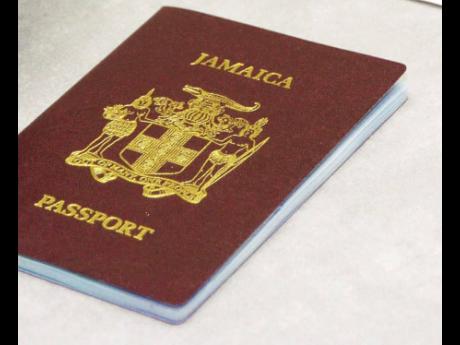 Jamaicans have a history of travel, and for many, a passport has long been a desired document. It is a symbol of nationality, a travel document, and official identification.

In our history, all the peoples who settled in Jamaica, including the Tainos, travelled from elsewhere. Settlers in colonial Jamaica were always on the move travelling to Britain, other territories in the British West Indies, Canada, the American colonies - later to become the United States of America - and to other parts of the British Empire, such as Ireland, Australia, New Zealand, South Africa, and Rhodesia. Even the enslaved found themselves being moved to other countries/territories.

In the mid-1860s, Jamaicans, with a great spirit of adventure and the quest for a better life, began seeking work opportunities in other countries – in the USA as migrants and farm workers; in Cuba, Ecuador, Brazil, Honduras, Costa Rica, Panama, Nicaragua, and in Britain. They also travelled as soldiers with the British Army. To facilitate their travels, they needed travel documents that identified them as citizens of Britain and her colonies.

Becoming independent on August 6, 1962, the most recent British legislation, the 1948 British Nationality Act, was superseded by the provisions of the new Jamaican Constitution and the Citizenship and Passport Acts of 1962. The Jamaican Constitution states, in Chapter III, among its other provisions, “Every person who, having been born in the former Colony of Jamaica, is on the fifth day of August 1962 a citizen of the United Kingdom and Colonies, shall become a citizen of Jamaica on the sixth day of August 1962.”

Jamaicans transitioned from being British subjects to citizens of an independent country - Jamaica. A new passport had to be issued by the Government of Jamaica (the Ministry of Home Affairs) bearing the national symbols. Some people did have reservations about the value of this new passport.

A passport, which has the holder’s photograph and signature, is an important travel document, which confirms the identity and nationality of the holder. It will contain any required authorisation for access, such as a visa, enabling entry to various countries to which Jamaicans want to travel. So everyone wanting to travel out of Jamaica after Independence Day needed to apply for the new Jamaican passport. I assume that a grace period was given. People of Jamaican origin, already residing overseas, and not claiming citizenship of their countries of residence, needed to acquire the new Jamaican passport at a new Jamaican embassy, high commission in Commonwealth countries, or consulate.

So in 1962, the new Jamaican passport was another symbol of nationhood. There are three categories of passports. In the 1960s, they were the light blue ordinary passport, the red diplomatic passport, and the green official passport. The first Jamaican passport was issued to Prime Minister Sir Alexander Bustamante and the first issued outside of Jamaica was to nurse Avis Thompson by the Jamaican High Commission in London in January 1963.