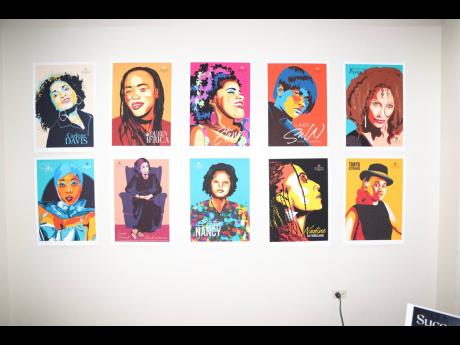 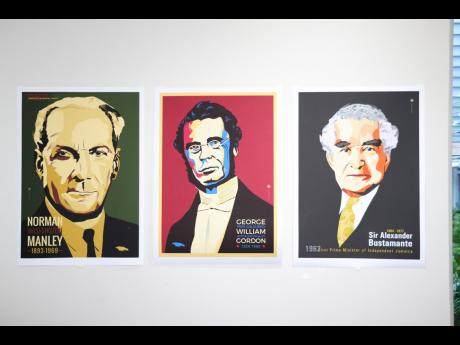 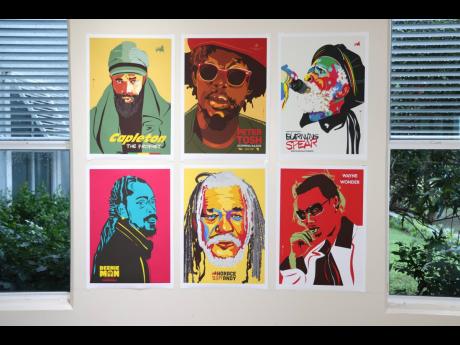 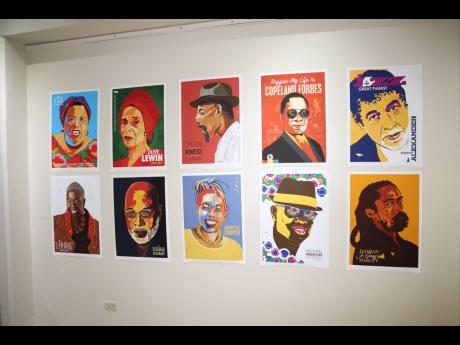 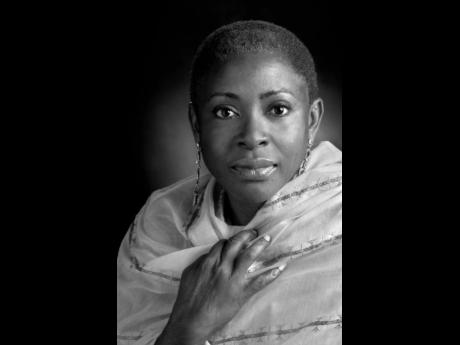 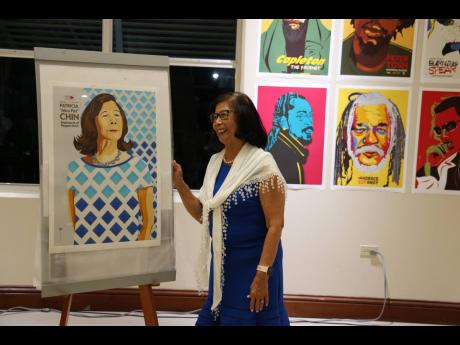 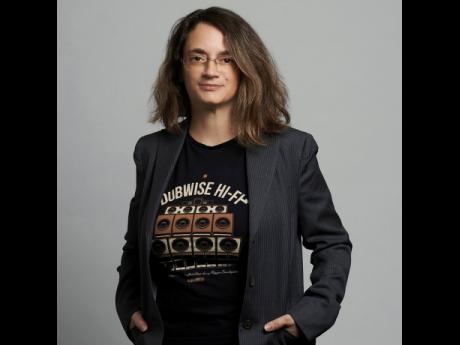 On Friday, August 26, Greek graphic designer Maria Papaefstathiou launched her poster exhibition, ‘Portraits of Jamaica’, at the Regional Headquarters of The University of the West Indies (UWI). Co-hosts of the event were the Institute of Caribbean Studies at UWI, Mona and VP Records. Director of the Institute, David Gosse, expressed his pleasure to collaborate with VP to launch both the exhibition and the book, Miss Pat: My Reggae Music Journey, which tells the extraordinary life story of Patricia Chin. With her husband, Vincent, she co-founded VP Records.

Maria Papaefstathiou’s posters are visually stunning, intellectually stimulating, and psychologically uplifting. She pays homage to Jamaican musicians, cultural workers and heroes. The thread that connects each image is the idea that each subject has made significant contributions to Jamaican culture. What would inspire a Greek artist to delve into Jamaican music and culture and produce such spell-binding images? In 2011, Jamaican graphic designer Michael ‘Freestylee’ Thompson invited Papaefstathiou to co-found with him the International Reggae Poster Contest. She accepted the call, and there was no turning back.

Papaefstathiou told a packed audience that she began listening to reggae non-stop, immersing herself in the culture and history of Jamaica. She travelled to the island on several occasions to learn more, see more and interact with the people. She noted that she was “blown away” by the richness of the culture which she described as “vast and global”. She further remarked that “it is important that you [Jamaicans] love and appreciate it”.

Jamaican culture captivated Papaefstathiou and she reached into it to create her ‘Portraits of Jamaica’. In the National Heroes series, she produced stirring images of George William Gordon, Alexander Bustamante and Norman Manley. Her talent and artistry shine through in her Reggae Greats posters. These include images of Peter Tosh, Burning Spear, Capleton, Monty Alexander, Junior Gong, Linton Kwesi Johnson, and others. She pays homage to not only those who qualify as ‘reggae’ musicians, but also to trailblazers, like Louise Bennett and Olive Lewin, who left an indelible mark on Jamaican popular culture. For me, the highlight of this set of posters is the portraits of Bob and Rita Marley. These are sensitively wrought, soulful, poignant ... and stunning.

The ‘Reggae Queens’ series is simply gorgeous and original. It comprises 10 posters, wrought in beautiful colours, red being a favourite. Judy Mowatt sits resplendent, embodying queenhood. Papaefstathiou channels Tanya Stephens as a seer and truth-teller; Spice is glam, glam, glam; Lady Saw has a ‘duppy conqueror’ look in her eyes; Nadine Sutherland’s portrait has a warrior woman feel to it; J.C. Lodge knows the power of the song; Queen Ifrika exudes confidence; Carlene Davis says ‘I am happy, happy’; Etana also projects a similar joy; and Sister Nancy is Wonder Woman. The Queens series was commissioned by VP Records for their 2022 calendar. A brand-new image of another female pioneer made it into the series. At the opening of the exhibition, Papaefstathiou unveiled her poster of Miss Pat. The stately portrait is dubbed ‘Reggae Matriarch’. The ‘Reggae Queens’ posters are destined to become classics.

Maria Papaefstathiou’s posters vividly showcase the wealth of Jamaican culture. Similarly, the International Reggae Poster Contest, which she passionately curates, now in its 10th year, has attracted hundreds of artists from around the world who illustrate the global reach of the culture of Jamaica. Maria Papaefstathiou’s exhibition, ‘Portraits of Jamaica,’ is at the Regional Headquarters of the University of the West Indies, Hermitage Road until September 30. Opening hours are 8:30-6:30, Monday to Friday and 11:00-5:00, Saturday and Sunday.

Afua Cooper, PhD, is a multidisciplinary scholar and artist. She served as the Poet Laureate of Halifax Regional Municipality for the term 2018-2020.