Why do we mourn people we don’t know? 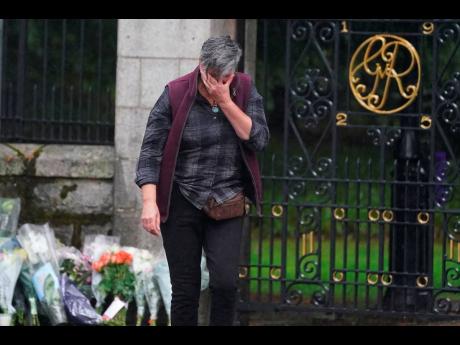 AP
A woman appears emotional after laying flowers at the gates of Balmoral in Scotland following the death of Queen Elizabeth II, on Friday, September 9. 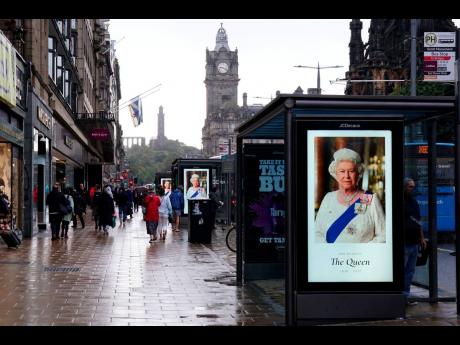 AP
Tributes to Queen Elizabeth II are seen on bus stops on Princes Street in Edinburgh.
1
2

The death of Queen Elizabeth II has prompted public displays of grief around the world – from public gatherings at Buckingham Palace in London, and condolences from world leaders, to individuals reflecting on social media about what she meant to them.

Of course, the vast majority of people grieving or acknowledging the queen’s passing will have never met her in person.

So is this outpouring of grief of someone we don’t know any different to mourning someone we were close to?

There are some similarities and some stark differences. There’s also a tussle emerging over how the queen is remembered, which can potentially complicate the grieving process.

How is this grief similar?

Grieving someone is about reflecting on our lifetime connection and the attachment we had with them that no longer physically exists.

Even though the queen may not have been part of our immediate family, many of us have “grown up” with her.

During her 70-year reign, she’s been part of our lives – part of our grandparents’ lives, our parents’ lives and now ours. Think of these as cross-generational connections. We, collectively and across the generations, feel as if we “know” her.

Globally, we’ve also been preparing for her loss. Her advanced aged, health issues, and plans for what happens after her death have been the subjects of much media coverage.

So this “familiarity” means the type of grief we are seeing now can feel very similar to having someone in our own lives, then losing them.

How is this grief different?

But grief for a public figure we don’t know, such as the queen, can be quite different.

We’re missing the close connection with that individual. Many do not have personal anecdotes, or one-on-one shared experiences. We don’t have those intertwined memories to reflect on. As that person is out of reach, it’s difficult to create an image of who that person really was and what they mean to us.

Rather than reflecting on an individual relationship with a loved one, after the death of a public figure, we rely on community experiences for a type of collective grief that shapes how we share our grief online.

Because most of us didn’t know the queen personally, our perception of her – her attributes, her personality – is not grounded in facts.

For instance, how an individual might remember her may be coloured by their age, their political views, or whether their lives have been shaped by colonialism.

So a tussle for how she is remembered – in the United Kingdom, in the Commonwealth and more broadly – is being played out on social media. That tussle can also complicate grief when people share differing reactions to her death.

It raises questions of whether we’re allowed to grieve, or who can voice their grief, or even if we disagree whether grieving is appropriate.

We need to make space for all these different reactions to her loss.

What role does the media play?

The media plays an integral role in how we grieve.

Real-time updates and constant coverage, as we’ve seen around the queen’s death, means we’ve been bracing for the news of her passing. Then the news came.

But this front-row seat to unfolding events and the outpouring of public grief that followed can be triggering for some.

For people who have lost a loved one – recently or even years ago – this rolling media coverage may trigger memories of what happened when their family member or friend died.

COVID-19 restrictions may have robbed them of their chance to deliver end-of-life care or attend a funeral in-person.

So this 24-hour news cycle, and being updated on every single step of the queen’s illness and now death, can trigger our own lived experiences of loss. We need to be gentle with those varied reactions.

Sarah Wayland is senior lecturer social work at University of New England. This article is republished from The Conversation under a Creative Commons licence.