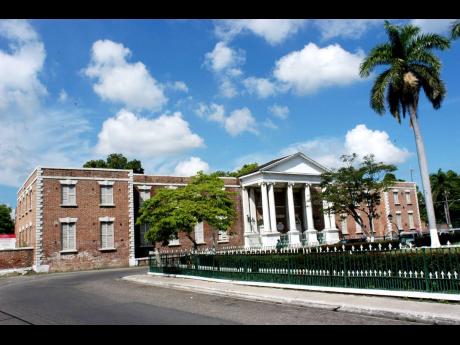 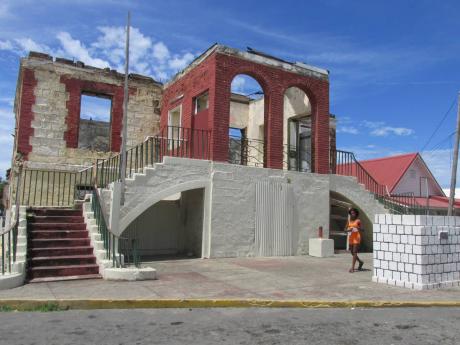 File
The ruins of the Morant Bay Courthouse in St Thomas. 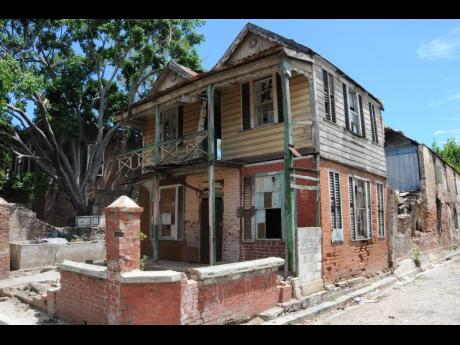 In the age of the quest for reparations, the word “preservation” is now taboo in reference to historic buildings. We can no longer say that we have an interest in “preserving” historic buildings because if they were built in the period of colonialism and slavery, how dare anyone want to “preserve” such structures of oppression, rape, and murder! This is what we are now told by a number of our historians. Never mind that these buildings were built by our enslaved ancestors, who were the bricklayers, stone masons, carpenters, and iron workers, and even more, and have unique features, in some cases, found only in Jamaica.

In the 1960s, when Jamaica gained independence, a thriving Jamaica Historical Society, the Institute of Jamaica, and other bodies, were enthusiastic about preserving Jamaica’s historical and cultural heritage. In 1969, then Finance Minister, Edward Seaga, tabled a paper in Parliament outlining Jamaica’s Cultural Heritage Programme, which included historical buildings. The Georgian Society of Jamaica was established in 1967 with a focus on preserving and restoring Falmouth as a Georgian town, one of the few remaining in this hemisphere. It was to be a Jamaican version of the US’ Colonial Williamsburg.

Today, the restoration of Falmouth seems to have stalled. In fact, it seems like historic sites in that town are being destroyed even though Falmouth is supposed to be a protected site and there is a cruise ship pier there because of the town. It is not clear what is happening to Port Royal. Spanish Town, the Old Capital, which played a key role in Emancipation, is decaying as are many of our historic sites in other parts of Jamaica. In Morant Bay, the courthouse central to the Morant Bay Rebellion is in ruins following a fire. In fact, all of Jamaica’s parish capitals, with their historic buildings, look quite shabby. I do not need to mention the state of Kingston, the capital of Jamaica, which is a major eyesore. This past week, we read that questions will be posed to the prime about the maintenance of one of our oldest historic buildings in Kingston and St Andrew, Vale Royal. As said in a travel book from the turn of the 20th century, many of Jamaica’s towns are best viewed from afar.

In the last two years, several historic buildings, railway stations, courthouses, and plantation houses have been destroyed by fire. Some have just collapsed from neglect.

I recently had an overseas visitor, who lamented the limited number of historical sites to visit in Jamaica as tours were not offered in the hotels. Bear in mind that international surveys have found that most travellers are interested in historical sites. Jamaica has many of these. They just cannot be visited. Today, even cemeteries are interesting historical sites, especially with the interest in genealogy research. People here want to turn them into parking lots.

I watched a documentary on Ireland’s historic sites, and I was amazed at what the Irish have done with the development of their sites. Ireland had a very difficult history under 800 years of colonialism, but their historians and governments have seen the value of their history and recognised their sites’ contribution to the country’s development. It may be controversial for some, but Irish culture and history are an important part of the country’s tourism product.

We have historic treasures in Jamaica, but I fear they will be lost, given people’s current indifference, influenced by the views of some historians and priorities of real estate and other developers. These historic sites will not make the significant contribution to our heritage and development that they could. We were left a valuable legacy, our historical buildings, which we are failing to utilise, and they will vanish.