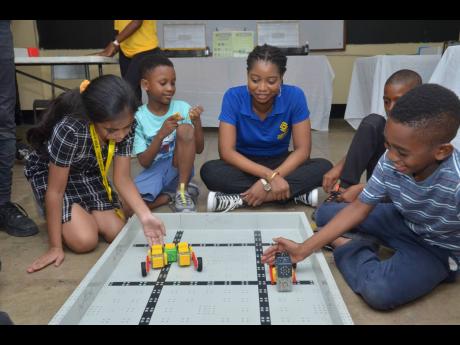 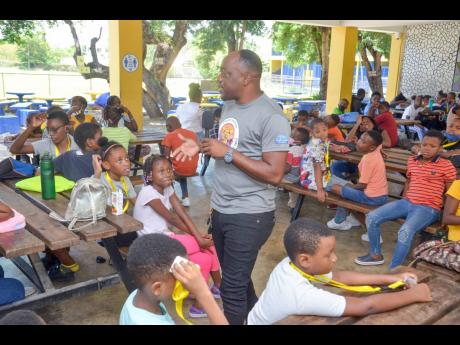 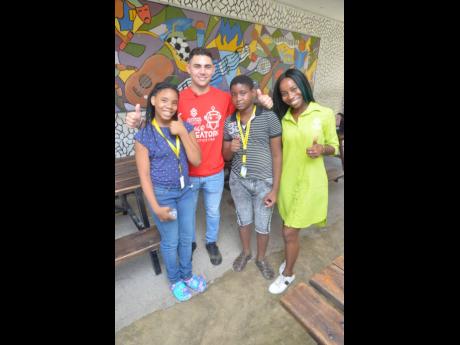 The Supreme Ventures Foundation (SVF) in collaboration with Halls of Learning, recently organised its Junior Creators Robotics Camp at the Ardenne High School. The camp saw children at the primary level – ages eight – 11 years of age – exposed to the design, creation, and operation of Lego and robotic engineering while learning the value of teamwork and having fun.

“The fact that the camp stays up with current events and offers something new to keep the kids interested is something I really appreciate. However, seeing how these children were able to work together on projects and learn how to socialise, bouncing ideas off one another, shows that this is a skill they can use their entire lives. Our foundation continues to find it an honour to be a part of this life-changing journey,” SVF director, Heather Goldson, said.

She added the motivation behind the camp’s initiative. “The camp’s goal is to introduce students to robotics while simultaneously fostering a sense of accomplishment and teamwork. Also, we wanted to provide scholarship opportunities for children’s school education, which our foundation is no stranger to doing as a part of our mandate.”

The camp saw different ‘edutaining’ activities on different days that the children were able to engage in. Not only were they engaged in the STEM fields of robotics, coding, engineering, and computer science, but also in life-changing sessions with SV’s responsible gaming partner, RISE Life Management, who conducted a self-empowering session with the campers. Justbet ambassador Fraser McConnell interacted with the campers.

The camp ended with an award ceremony where campers received recognition for excellence in varying categories. The categories included best pair, best attitude, camper award, and finally, the superachievers, who received educational grants from the Supreme Ventures Foundation.

“We are very proud of the children who participated. Seeing how enthralled and engaged they were in the activities showed that there is hope for our country in the future. What we are doing is inspiring a paradigm shift in the next generation of leaders and entrepreneurs and endorsing other career paths that branch from robotics,” said SVL Communications and PR Manager, Chloleen Daley-Muschett.

Marvin Hall, founder of Hall of Learning, thanked SVF for their continued partnership and commented on the overall execution of the camp.

“Once again, we executed another successful camp, thanks to the Supreme Ventures Foundation. After our break due to COVID-19, it was so refreshing to see the camp come to fruition. It was satisfying to see how well the children did. They participated in different activities daily and were able to garner a lot in the few days. We found that the camps, while bringing awareness to the children, also stimulated their minds as they were all affixed to the activities. Thanks to the team, it was indeed a collective effort to successfully execute this year’s camp,” Hall said.

“One special aspect of this year’s camp is that two former Junior Creators joined the Halls of Learning team to help with facilitating the camp. This is testimony to the impact that SVF has had since the inception of this initiative. I am looking forward to another year as we can only get better.”

He also underscored the importance of robotics to the country: “People should know [that] robotics permeates every part of our lives, and we cannot help but be impacted by it in some manner. These days, ATMs, cashiers, drones, autonomous cars, and autopilots are all commonplace. It is imperative that we get with the times.”