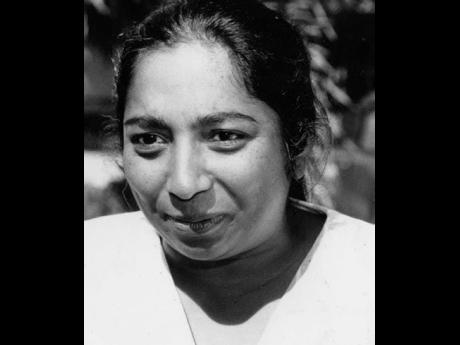 Every once in a lifetime, a charismatic individual with the ability to inspire and spur others to heights of nobleness and excellence comes along – Fay Rodgers-Jenkinson was such an individual. She was an indomitable spirit to touch and transform lives in the field of education.

Born to Edgar and Pearline Rodgers, and raised by grandparents Rev E. B. and Miriam Rodgers, Fay had an avid interest in music and learning but struggled with reading. Her gift for leadership was honed at St Andrew High School for Girls, where she served as form captain, deputy house captain, and head girl.

Receiving an Issa scholarship, Fay studied teacher training (music and history) at Philippa Fawcett College, London University, England. There, Fay discovered that she had dyslexia. Securing a New York State University scholarship, she completed a B.Sc. in Education at the College at Old Westbury and then obtained an MA in Educational Management and Administration, and Educational Measurement and Testing from UWI, Mona. She got an M.Phil at Lucy Cavendish College, University of Cambridge, England.

While class teacher and music coordinator at Cowley Infant/Junior Schools in Brixton, England, Fay also developed cultural and community programmes within the school. She returned to Jamaica one year later, encouraged and recruited by the late Wesley Powell, of Excelsior, and founded the Excelsior Education Centre (EXED) Pre-Primary/Primary Schools. She formulated a modern curriculum, worked extensively in the Nannyville and Wareika Hills communities, and lectured in the Teacher Training department at EXED.

PROGRAMME FOR THE GIFTED

Principal of Hillel Academy Preparatory School, Fay managed staff and extra-curricular development and developed an innovative programme for the gifted. She achieved this through the joint use of resources and personnel for learning disabilities and parent support groups.

Fay’s experience with dyslexia and interest in working with students with varying abilities motivated her to serve as administrator/director of the Jamaica Association for Children with Learning Disabilities in 1984. This interest and music were strong motivators throughout her career. For almost 20 years, Fay served at both the Jamaica School of Music (part-time music lecturer) and the Joint Board of Teacher Education, UWI, Mona, for teachers’ college practice teachers in music (external examiner)

Fay next became principal of St Hugh’s Preparatory School during a time when parents were withdrawing their children in alarming numbers. She immediately designed an innovative curriculum, infused with values and attitudes. Enrolment resurged as parents from prestigious schools registered their children. Soon, 200+plus children were waiting to fill the 25 new spaces each year. St Hugh’s Preparatory became the school of choice.

She established a special education programme for students with learning disabilities, physical challenges, and the gifted. This unit was so unique that officials from the Ministry of Education and MICO Care took persons to observe the model she used. Many children were helped. Fay utilised unconventional and creative ways to enhance learning, e.g., dance steps – lgebra; rap – reading; drama – punctuation..

Fay initiated other programmes distinctive to St Hugh’s, but were later adopted by other schools. Two such were an open-door policy and every child was rewarded for achievement at prize giving (e.g., improvement in reading, courtesy, helpfulness).

Rodgers-Jenkinson was the first female, full-time, lay dean of the United Theological College of the West Indies (UTCWI). All her skills were utilised in supervising the academic programmes, progress of students, monitoring and scheduling courses, and collaborating oversight of the accreditation process. She ensured that staff adhered to deadlines, engineered the holistic formation of future church workers, and played the piano at services. She sourced resources for disabled students and arranged links to surrounding communities, including the UWI.

Dispersed amid this was Fay’s hospitality to international students during holidays, functions, meetings (little touches of flowers and pretty dishes), faculty/their children, other staff members, and organising students’ welfare. She nurtured the soft side of campus life amid much opposition. Fay’s use of French to facilitate the needs of the Haitian students (many were unfamiliar with English and Jamaican society) was commendable. So was the courage displayed during severe, personal, physical challenges.

Fay’s passion and dedication to UTCWI blazed a formidable path for the optimum performance of students at the undergraduate and graduate levels. She boldly debated critical issues at board meetings, articulating with ease and frankness, her ethical, biblical, theological, socio-cultural, and pragmatic positions. She’ll be remembered as a tireless warrior for ecumenism.

She was an agent of change, visionary, gifted administrator, educator extraordinaire, model of hope, and a creative charismatic within and outside of the classroom. She embraced the alienated and discriminated against wherever she served, and her passion for detail and kindness was exemplary.

A woman of integrity and consummate professional, Fay exercised exceptional leadership skills. Failure wasn’t an option and illness didn’t stop her from her duties. It, however, prevented her from completing her thesis for the PhD she had commenced at the UTCWI. She, undoubtedly, earned the respect of her peers as one of Jamaica’s most outstanding educators.