Kwame Dawes speaks on Africa-Caribbean advocacy and history as future 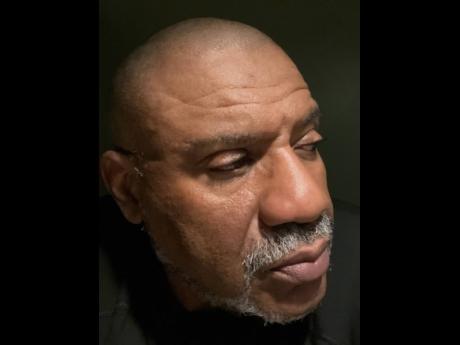 For Jamaican poet and writer Professor Kwame Dawes, the past is not just a signpost to the future but is actually the future that must be faced. This is more so for Africa and people of African descent in the diaspora, he says.

“I recently learned that there is an indigenous community in Bolivia for whom the past is the direction in which they face, and the future is behind them. There is something meaningful about this. Something profoundly truthful. I imagine that they are walking backwards into the future, keeping an eye on the past, and allowing that to help them have a realistic sense of the future,” he said.

For illustration, the poet and philosopher draws on the lyrics of Bob Marley which have been the subject of one of his books: “If you know your history/ Then you will know where you’re coming from/ You won’t have to ask me/ Who the hell do I think I am”.

“I was extremely honoured to be asked to be part of the P. J. Patterson Institute for Africa-Caribbean Advocacy. The goals and objectives of the institute are not just consistent with my idea of self, but with my mission in life as an artist, a scholar, and a human being,” Dawes said.

For him, the institute enacts an ongoing process that he says has its genesis in the trans-Atlantic slave trade.

“This is very important work. I am, therefore, getting the chance to work with people I have admired for their vision and intellectual power and strength and their commitment to the story of Africa and its diaspora,” Dawes noted.

He added that even as the institute gives space for a future uniting of African and her diaspora, it is also doing the work of caring for the ancestors of Africans and people of African descent.

“As a people who value the ancestral factor, I believe this is important and necessary work,” he said.

Dawes, a distinguished fellow with the P. J. Patterson Institute for Africa-Caribbean Advocacy at The University of the West Indies, was recently awarded the Jamaican national honour of Order of Distinction in the rank of Commander, CD, for his significant contributions to the literary arts as a poet and writer. Dawes says it pays tribute to his parents – his Jamaican father who was born in Nigeria to Jamaican parents and who lived and worked in Ghana and Jamaica, and his Ghanaian mother.

“I have always been clear about the gift that having being raised in Jamaica and shaped by Jamaica has meant for my sense of identity, place, and purpose in the world. And I have been forever grateful to this island for this gift. So when Jamaica embraces me in this way, I believe that it is embracing more than me. It is embracing my father, my mother, my whole family, and those who have come to see me as a voice of beauty and excellence in the world. So I am honoured, but mostly grateful, to be seen and recognised in this way,” said Dawes.

He admits that his worldview and work as an artist, writer, and academic has been irrevocably shaped by his multiple national identities.

“The fact is that I have always understood myself to be of many places and many histories. I was born in Ghana to a Jamaican father and a Ghanaian mother. But my father was actually born in Nigeria to Jamaican parents before he was raised in Jamaica. I have lived in Jamaica and Ghana and spent 20 years in South Carolina. I have spent many years working in the United Kingdom among the Black British community of writers, and even while studying in Canada I was on the leadership of both the Caribbean Society and the African Students Union,” Dawes explained.

Dawes, who moved to Jamaica in the 1970s, where he spent most of his childhood and early adult life, is proud of his pan-African outlook.

“I was raised by a pan-Africanist, and by dint of my experiences in the world, and my many legacies, I am a pan-Africanist. And I come to this legitimately. I believe that I carry in me the responsibility to continue to retrace the historical and spiritual connection between Africa and her diaspora, and this is what my history of multiple homelands has given to me, a gift so rich and desperate to be chronicled for its depth, power, and significance,” he said.