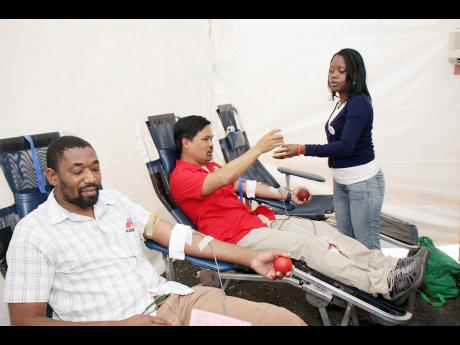 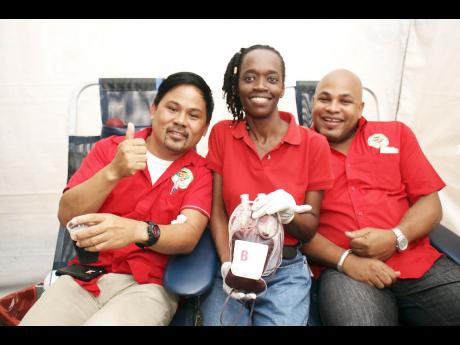 On Saturday, May 9, the Jamaica Gasolene Retailers' Association (JGRA) and the National Blood Transfusion Service (NBTS), which is widely known as the Blood Bank, hosted a blood drive at the Petcom Service Station, Ocho Rios, St Ann.

A fairly regular JGRA activity, the blood drive was held ahead of National Road Safety Month, which begins on June 1,

"We registered 53 persons and received 28 units of blood on that day," said Keishawna Pinnock, assistant blood donor organiser at the Blood Bank.

Among those who wished to participate but were not allowed to, Pinnock said "the majority of deferrals tested with low haemoglobin count (iron levels), especially in women." She was satisfied with the collection, saying, "We did an awesome job and the JGRA team did their part. Posters and flyers were mounted in the business community and teasers were issued by the pump attendants at the gas station. JGRA members and gas station staffers were also sensitised to the need and importance of blood donation."

Gregory Chung, chairman of the JGRA's Road Safety Committee, said the organisation has long realised that road crashes put a strain on the Blood Bank's reserves and the only solution is to fix the shortages.

The JGRA organised two blood drives in 2014. A third, which was planned, was cancelled because of the chikungunya outbreak.

Leonard Green, president of the JGRA, said the organisation started blood drives some years ago when a member was shot and needed blood. Green added that the 64-year-old organisation has been heavily involved in automotive safety.

The next JGRA road safety blood drive will take place on June 3 at the FESCO service station at Angels, Spanish Town, and coincides with the launch of JGRA National Road Safety Month 2015.