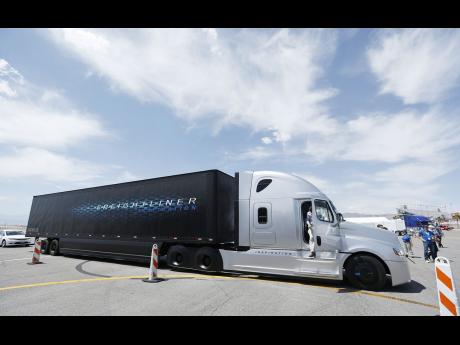 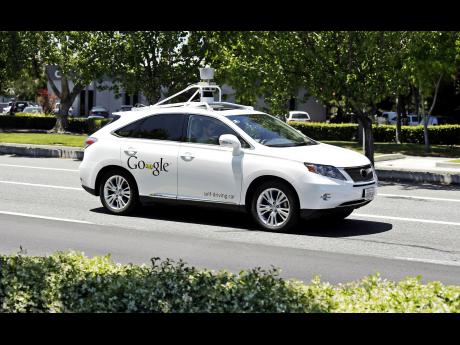 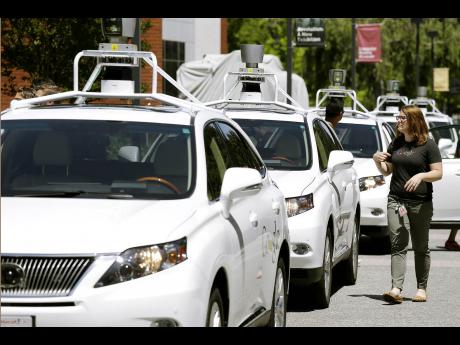 AP
This May 13, 2014 file photo shows a row of Google self-driving Lexus cars at a Google event outside the Computer History Museum in Mountain View, California. 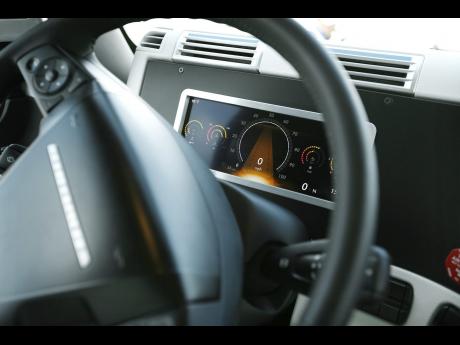 Two competing visions could determine how you first experience a driverless car.

Traditional automakers like Mercedes and Toyota already make vehicles equipped with systems that keep cars within their lanes, apply the brakes or park by themselves. Their plan is to gradually automate more functions of driving until, perhaps by 2025, some cars will be fully capable of driving themselves.

But Google, Alibaba, Baidu and other tech companies are aggressively working on their own self-driving vehicles and could leapfrog the car industry in bringing them to market. Google, for instance, promises to deliver a self-driving car in five years.

Some experts predict that car companies will continue to make the cars consumers buy and park in their driveway and eventually some will be driverless. When the tech companies roll out driverless cars, they likely will be self-driving taxis for urban areas.

But the outcome is far from certain. Tech companies could go into the business of making cars for consumers or automakers could choose to develop and operate their own fleets of self-driving taxis.

"One thing is clear. The next five to 10 years are going to be the most disruptive we've ever seen in the history of personal transportation," says Karl Brauer, a senior analyst at Kelley Blue Book.

Right now, automakers have several advantages. They have a decades-long history of research and development and a deep understanding of drivers' needs and habits. They're also not new to semi-autonomous driving: Mercedes-Benz pioneered adaptive cruise control in 1999, while Nissan introduced lane-keeping in 2001.

Automakers also have the manufacturing capacity to make the vehicles and the dealerships to sell them. Those are cash-intensive parts of the business that tech companies likely want no part of.

Advances are coming at a furious pace. Mercedes and Infiniti offer cars that steer themselves and stay within their lanes at highway speeds. Tesla Motors is expected to offer hands-free driving on the highway this summer; Cadillac will offer it next year. In 2017, Audi will offer low-speed, hands-free driving that works during traffic jams.

But Google says a gradual approach to going driverless is wrong - and even dangerous.

"The prevailing philosophy is that we're going to take the driver assistance systems that are in the vehicle today and we're going to incrementally make those better and better and, eventually, we'll get to this point where we have self-driving cars," Chris Urmson, the director of Google's Self-Driving Car Programme, said in May.

"We fundamentally don't believe that's the case. We believe that's like saying 'if I work really hard at jumping, one day I'll just be able to fly.'"

Urmson worries that drivers might wrongly assume cars have autonomous features, or they might get overconfident in their car's abilities and forget to take back the wheel in an emergency.

Case in point - last month, a driver testing a Volvo XC60 in the Dominican Republic ploughed into some bystanders. The driver thought the car had a system that would stop automatically if it detected pedestrians. But Volvo says the car wasn't equipped with that optional system.

Google is currently testing a small fleet of self-driving cars with no steering wheel. It plans to drive the cars thousands of miles on California highways and back streets, teaching them all the tricks of driving.

Such an approach has its benefits. Unlike car companies, which have to constantly update current models, tech companies can take the time to dream big and perfect their self-driving systems.

Customers would likely trust a self-driving system backed by Apple or Google. And tech companies have plenty of money. Google ended the first quarter with US$65 billion in cash and marketable securities; General Motors had US$21 billion.

But many experts find Google's five-year time frame overly ambitious. There are legal and ethical issues to work through before driverless cars go mainstream. Google's cars also require extremely detailed mapping, which has only been done in limited areas.

David Zuby, the executive vice-president of the Insurance Institute for Highway Safety, says the auto industry is cautious for a reason.

"If someone sets the technology too far ahead and it fails, that could set things back more than if you would let it evolve more naturally," he said.