Ja among first in region for official launch 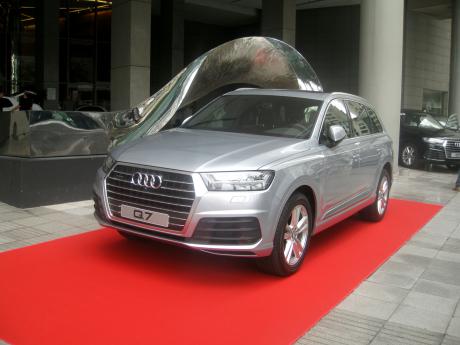 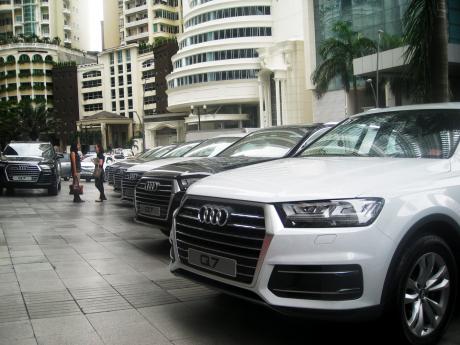 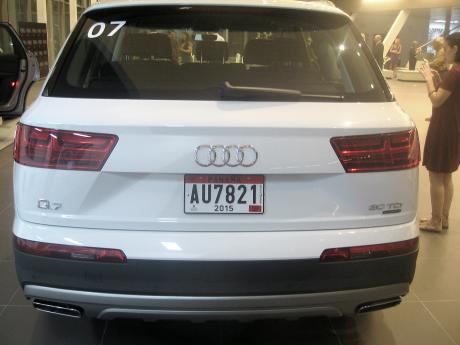 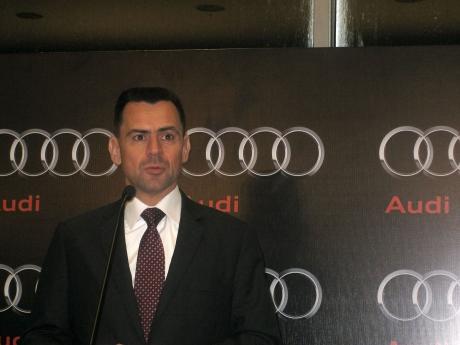 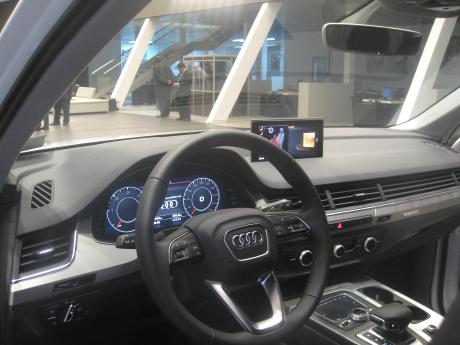 There was a 2016 Q7 just inside the entrance, four on the showroom floor, and for good measure, one upstairs at the Audi Santa Maria dealership, Panama City, Panama, on Wednesday night, as the fully redesigned large luxury SUV was introduced to journalists from Latin America and the Caribbean

Maria Maestro, marketing and communications manager for Audi, Latin America and the Caribbean, beamed confidence through her welcome, saying, "2016 marks the beginning of an era." And Martin Sander, Audi's vice-president of sales, Americas, continued the emphasis on the vehicle's newness, saying "everything about the new Audi Q7 is new".

"The Audi Q7 offers everything you can buy on the market," Sander promised.

In a subsequent interview with The Gleaner, Martin Port, area sales manager of Audi Latin America, said Jamaica is among the first countries in the region where the Q7 will be available for purchase, the official introduction slated for early October.

As Sander summed up the market segment the Q7 falls in, it was clear how important the three seating row vehicle is to the company. "The large SUV segment is the second largest new car segment in Latin America and the Caribbean and also the US," Sander said.

"It has exciting off-road capabilities, because that is what our customers expect," Sander said. However, he added, "It feels and moves like a small car, but gives the space of a large SUV."

The weight reduction of about 325 kilogrammes (700 pounds, or a piano, as it was also put) for this second generation Q7 (the SUV debuted in 2006) was emphasised repeatedly from Sander's general introduction through to a subsequent more technical rundown of the vehicle. That was not the only matter of size on the cards, Sander pointing out that while the new Q7's exterior is slightly smaller than the first generation's, the redesigned interior is more roomy.

Still, it was later explained, the Q7's exterior horizontal lines help give the impression that it is bigger, or the same size, as the first generation, although it is 3.4 centimetres shorter and 1.5 centimetres narrower. The result is "smaller outside, bigger inside".

Inside the Q7 is loaded with technology, from a pop-up screen to a virtual cockpit (a projected), with access to the third row of seats provided by a touch of a switch. With three engine options, the Q7 returns 0 - 100 kph times of between 6.3 and 7.1 seconds. Still, fuel efficiency has been improved 28 per cent. All models come with an eight speed tiptronic transmission and the Quattro four-wheel drive system has also been upgraded.

Among the driver assist features available are parking assist (including turning into a parking space with obstacles on both sides) and descent control when going down steep hills. There are a number of driving modes for different effect, including the off-road option when the going gets really rough.

Gabriel Ramirez, product and price specialist for Audi Latin America, said that with new Q7, Audi is hoping to retain customers who bought the first generation and, naturally, attract new owners. So while the first generation purchasers were "mostly the mother with the family - with the soccer kids", the new Q7 is aimed not only at them but the market that is male, sporty and aggressive.

Accordingly, there are two lines, the Q7 Design which is geared more towards the family and the Sport for those wanting extra performance.

As Port put it, "The exterior design of the new Q7 is more masculine." There is an emphasis on three Ps - presence, precision and performance.

Ramirez said that the Q7 is very important to Audi in Latin America and the Caribbean, as well as the EST of the world. "Since it is at the top of the range it shows the quality of the range and the luxury," he said.

He would not indicate a price range, for the Q7 in Jamaica, though, not only because individual dealers in different markets decide the options on the vehicles they want to import, but, also government tariffs have to be factored in as well.

See full review of the Audi Q7, on the tarmac and in the mud, in next Sunday's Automotives.