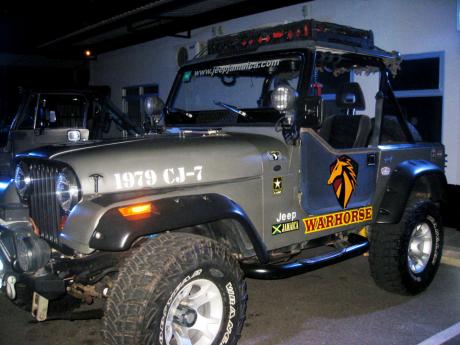 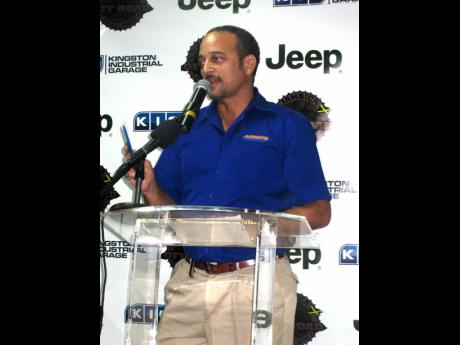 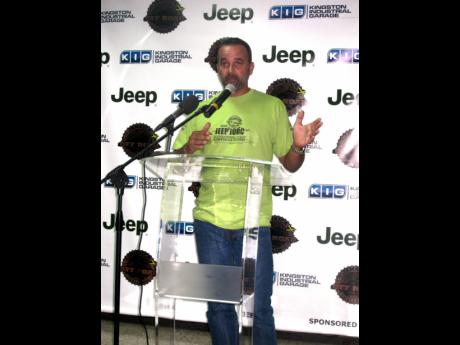 In giving details on next Sunday's Jamaica Off-Road Navigation Rally and Obstacle Course, Jamaica Off-Road Challenge (JORC) executive Craig Powell made it clear that the four-wheel-drive event is for fun.

He was speaking at the official launch of the event at Kingston Industrial Garage's (KIG) Old Hope Road, St Andrew, showroom.

Sponsored by KIG brand Jeep, the navigational challenge and obstacle course will be largely centred around the Irie Racing Off-Road Park in Temple Hall, St Andrew.

"We are not going out there to destroy our vehicles and hurt ourselves," Powell said. "We are there to have fun."

For the navigation part of the event, Powell explained that it is "not a race. It is getting from one point to another in a specified time."

The entrants have to observe all the rules of the road such as the speed limit.

For the second part, Powell said, "We have taken the obstacle course [to] another notch."

Participation in the obstacle course is optional.

He described a day with defined segments, where the participants will go to Temple Hall then leave to do the challenge, returning for the obstacle course.

At the Irie Racing Off-Road Park, there will be a Kiddie's Village, among other activities, Powell emphasising that for the spectators, "it will be a day of fun".

The intention is to send off the first vehicle from Temple Hall at 10 a.m., allowing good time for an all-day event.

At the time of the launch, there were 20 entrants - each allowed up to four persons on board. Powell is hoping for a strong spectator turnout, beefing up an already potentially substantial participant presence. It is part of a hoped-for progression of the motorsport into the mainstream.

"We want to bring off-road to the forefront and have it recognised and [have] people come out and enjoy it," he said.

Eventually, Jamaica Off-Road Challenge intends to have its events well established on the country's motorsport calendar.

Mike Fennell, doing double duty as head marshall of next Sunday's event and Jamaica Millennium Motoring Club representative, said that the navigational challenge "is more about time and distance and maintaining your pace".

Noting that navigational rallies have been around for some time, Fennell recalled going through the Morant River in the early 1990s with all the vehicle's dashboard lights on.

Although next Sunday's event is a far cry from that level of difficulty, he said: "It is good to see we can bring back navigational rally to the fore.

"Hopefully, JORC will move from this to next year, where you might need a GPS. They did a scavenger hunt earlier this year, so this is another step forward," Fennell said.

Judith Denton of KIG read a message from Jeremy Hart, regional manager for Chrysler, who noted the Jeep's iconic off-road status as a vehicle which allows "the freedom to go anywhere and do anything". The message ended with the call to "get ready and get dirty".

Among those who will be doing just that are a number of dealers, who will be entering their off-roaders.