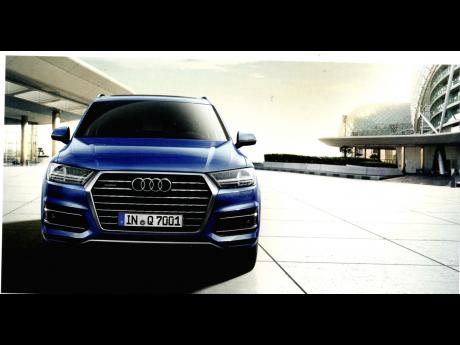 A front view of the second generation Audi Q7. 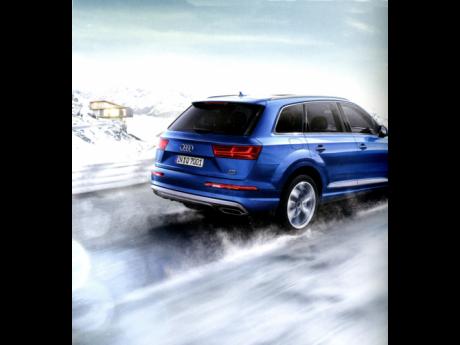 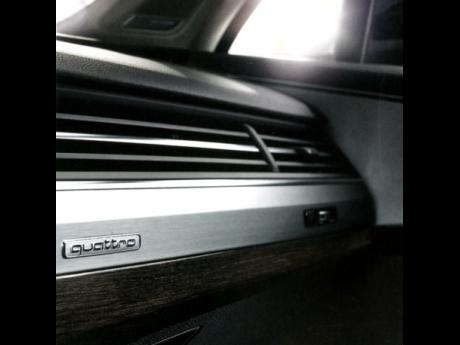 The Quattro system sign in the redesigned Audi Q7. 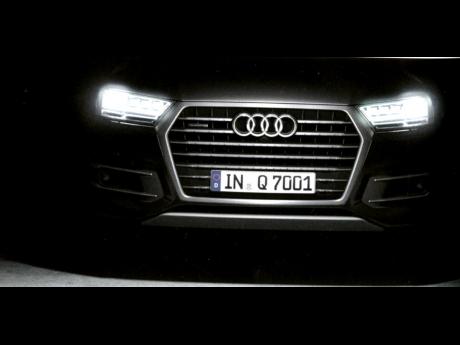 Gordon 'Butch' Stewart beamed as he faced the audience of mostly full white-clad guests at the ATL hangar, Tinson Pen Aerodrome, St Andrew, last Sunday evening. It was quickly evident that the reason for his joy went beyond the Audi Q7, which was being officially introduced to Jamaica that day, or the rain hammering on the building's roof to signal a welcome relief from the drought, courtesy of Hurricane Joaquin.

The rain had postponed the Q7 Jamaican launch from the previous day, for which it had been scheduled.

Observing that he had got great news that week, Stewart said one of his sons, Adam, had been named Caribbean Hotelier of the Year, while another, Bobby, had successfully reorganised the Montego Bay Marlin Tournament.

"For me, things are pretty good," Stewart said in jovial understatement. It could get better, though, as he said he currently has an Audi Q5, but the Q7 is appealing.

Matthew Cripps, ATL Automotive group general manager, introduced the Q7, at that point still not seen, to the audience (comprising "the unbeatable people of Jamaica"), weaving in some of his personal history with the brand, going back to 1987. Much of the Q7 details were left to Sandals/ATL Group CEO, Adam Stewart, who extolled the weight-saving approach to the Q7 redesign, resulting in improved fuel economy and handling.

He also outlined the range of available engines, including diesel, now that ultra low sulphur diesel is available in Jamaica.

And Adam added another reason for general family happiness to Gordon's pride in his sons, saying that the ATL group was 46 years old that day.

The Q7 made a dramatic entrance into the hangar, as the doors were opened wide, emerging in staged smoke with evidence of the weather outside speckling the windows. Cripps was at the wheel, but not for long, as it was announced that it was the first Q7 that had been sold and the key fob was duly handed over to Mike Millwood.

There was a connection to fishing, as the deal had been struck at the marlin tournament.

The launch formalities over, the Audi was crowded with white as the guests took a closer look, even as DJ Narity worked the music system for the party which would follow the closer look at the 2016 Audi Q7.