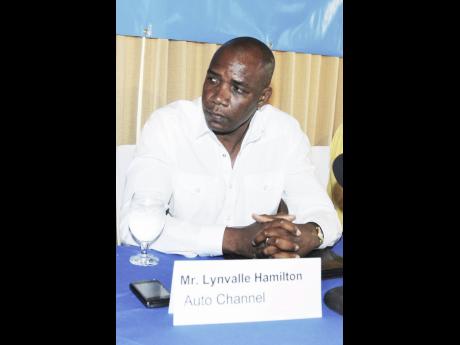 While they might not put out advertisements with Christmas carols, reindeer, and Santa Claus, it is customary for used-car dealers to cut prices on vehicles at the upper part of the car importation at about this time of year.

So this year, it is the 2009-2010 models which are getting a reduction of what Jamaica Used Car Dealers Association head Lynvalle Hamilton said is "about five to 15 per cent". This has given sales a much-needed boost. Hamilton identifies family wagons (such as the Toyota Wish, Honda Stream and Mazda Premacy), commercial vehicles (the Toyota Hiace prominent among them) and SUVs as the types which are moving off used-car lots faster.

"Dealers, at this time, will make some adjustment in prices in order to not allow stock to go over into the new year. You have the gradual decline in the prices from about early October and you see the reduction in about November. This is the time that you will see some reduction in prices," Hamilton said, adding that this generally goes up to mid-December.

"There might be some changes. It depends on how things are with them (the financial institutions)," Hamilton said.

The push for the price reduction comes from two angles - in Jamaica there are the commercial banks' stipulations on deposits according to the vehicle's year of manufacture, and in Japan (where most of the used cars imported into Jamaica are from) there is an effort to get older vehicles out of the country. It is the Jamaican banking regulations which determine the cut-off point, as higher deposits are required for the motor vehicles which fall outside the vehicle importation age limit.

However, while the reduction naturally helps to boost sales, Hamilton said that dealers have to be cautious and try to have an idea what the financial institutions plan to do in the upcoming calendar year. A misstep could mean serious losses. "Last year, many dealers were importing a lot of the 2009 vehicles," he said. These went over into the new year (2015), but "there were some changes in the financial terms", Hamilton said.

This hurt the dealers' pockets.

On the other hand, Hamilton said, this year, the reduction from the Japanese exporters has not been as much as previously, as the motor-vehicle industry assists the Government in protecting a declining yen. "We are seeing only a slight reduction," Hamilton said, noting that Jamaica is a significant market for Japanese used vehicles. "This leaves the Jamaican used-car dealers in a precarious position.

"You have to be very smart and apply a lot of business sense," Hamilton. "Regardless of what happens in Japan, the dealers in Jamaica are forced to make an adjustment."

Still, business must go on, and the combination of regulations and demand dictates the reduction. "Next year, we will not be able to import a 2009 vehicle. The market is of such that persons go for a low-priced vehicle," Hamilton said. And that means the 2009-2010 model year will sell, with the reductions.