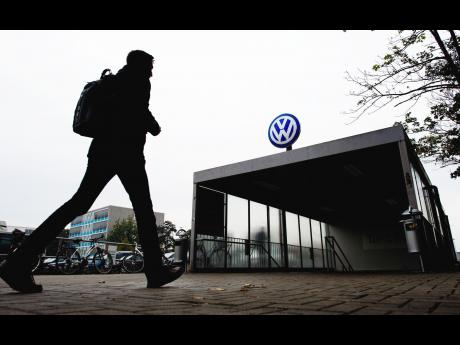 South Korea said Thursday it fined Volkswagen US$12.3 million and ordered recalls of 125,522 diesel vehicles after the government found their emissions tests were rigged.

Hong Dong Gon, a director at the Ministry of Environment, said in a live television broadcast that the ministry would continue investigating 30,000 other Volkswagen diesel cars for which it did not find evidence of emissions cheating.

South Korea's government launched investigations last month after the German automaker admitted that it rigged US tests so it would appear that its diesel-powered cars were emitting fewer nitrogen oxides, which can contribute to ozone build-up and respiratory illness.

The global scope of the scandal has put Volkswagen under intense financial pressure. The automaker said last week that it would cut spending by €1 billion (US$1.07 billion) next year. It has already set aside €6.7 billion (US$7.4 billion) to cover the costs of recalling vehicles, but experts say the total cost (including fines) could be much more.

The South Korean ministry found that emissions from Tiguan diesel

vehicles using EA189 engines breached standards when the car was not under the usual test conditions such as when the air-conditioner was on or when the car accelerated.

Volkswagen was ordered to recall 125,522 diesel vehicles equipped with the same EA189 engines sold in South Korea between 2008 and 2015. The recall covers 15 models, including the Tiguan, which was the top-selling imported car in South Korea last year.

The ministry will continue investigating other cars using more recent EA288 engines that say they meet emissions standards known as 'Euro-5' and 'Euro-6'. They are Golf, Beetle, Jetta, and Audi A3 diesel cars.

"We will take necessary measures based on legal procedures and requirements under the relevant laws and regulations," it said in a statement.

The ministry will also expand the investigation into other auto brands. It said it would announce the result in April after probing emissions levels in diesel cars sold by five local auto companies and 11 imported brands.