New Kgn goes Back to Basics 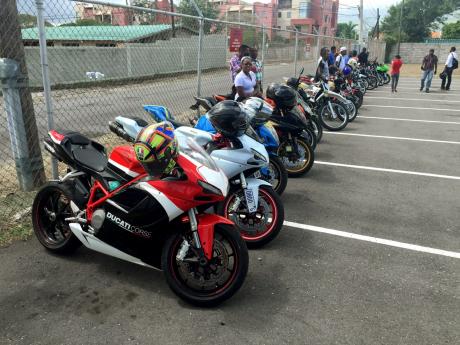 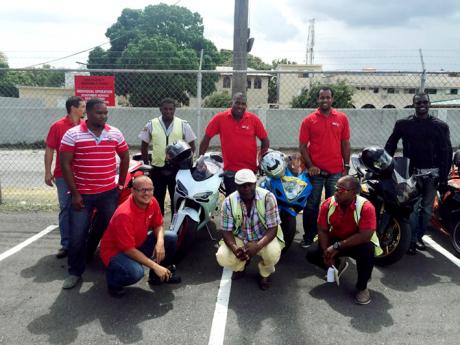 Contributed
Members of the instruction team at the workshop. 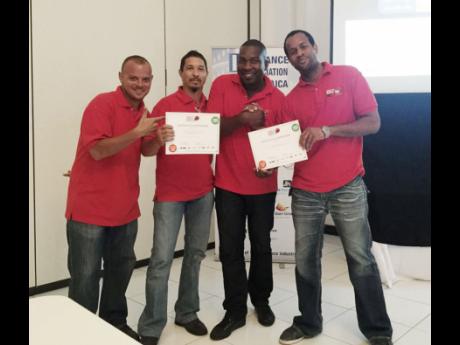 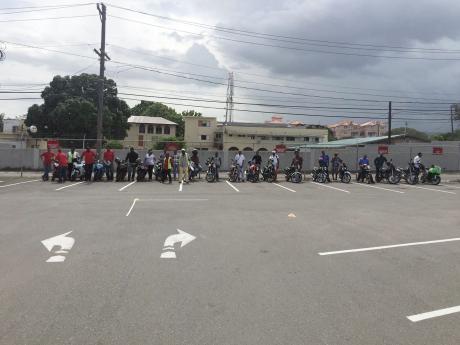 Contributed
Motorcyclists in the Guardian Group's parking lot, prepared for the practical part of the Back to Basics Motorcycle Safety Workshop held in New Kingston last Sunday.

Contributed
Members of the instruction team at the workshop.
1
2
3
4
5

There was a quote by Tarik Kiddie on the advertisement for last Sunday's Back to Basics Motorcycle Workshop in New Kingston. It said "a good rider's number one job is to reach home safe".

The New Kingston business district is one of the areas of the city where a bevy of motorcyclists make a living, as deliveries are required to service the numerous organisations located there. The combination of jobs to make a living and Kiddoe's advocacy of a rider's number one priority being their safety made for an excellent combination of factors. However, another circumstance moved the schedule up a bit.

After a Canadian tourist was murdered in Negril, a motorcycle involved in that crime, plans changed. "The June 26 event was originally supposed to be in Negril. However, the shooting death of the Canadian tourist created challenges for us. Our workshops require a certain amount of dialogue and true community policing co-operation as we try to guide motorcyclists towards being safer, being better citizens and better role models. The kind of trust we try to build during any recruitment process is difficult to attain while police embark on such a high level criminal investigation, with massive crackdowns in the area. We thought it best for the workshop and all our partners to allow the police to focus on the national security task in that region and delay our next Negril workshop for a few weeks and instead move to New Kingston, which would have been the next stop anyway," Kiddo told Automotives.

About 17 motorcyclists registered online and turned up for the workshop. Four persons from the Island Traffic Authority (ITA) were present and Kiddoe said "overall the turnout and support from key stakeholders, such as Insurance Association of Jamaica, ITA and the police was good, especially given that we planned this workshop in less than two weeks." He gave special thanks to the Spanish Court Hotel (which provided a conference room free) and Guardian Group (which allowed its parking lot to be utilised) for their involvement at very short notice. He also emphasised the input of Joann Martin to the event.

Kiddo outlined s full day of activities, a main objective being to engage the motorcyclists from beginning to end, from prayer by Reverend Gladwyn Kiddo through to him doing the core workshop between 9 a.m. and noon, along with co-presenter Jordan Mullings of Learn to Ride Jamaica and Shango bikers members Brenton Borrows and Andre Rickards.

Kiddoe said, "The ITA, led by Clive McDonald, delivered a brief road code presentation, followed by the ITA's written examination. We then proceeded to do a practical group formation riding exercise from Spanish Court Hotel to Half-Way Tree. All motorcyclists had to use the proper group riding hand signals that they had just been taught and were closely observed for discipline by both ITA examiners and the Back to Basics team. Any breaches of discipline would have been punishable by expulsion from the programme," Kiddoe said.

"The group formation ride ended at the Guardian Group parking lot where the competence of the eight license candidates was evaluated. As the final test, candidates were each required to manoeuvre through an advanced practical course observed by ITA examiners."

"The end result was that we had an excellent event, with no incidents whatsoever. The level of discipline we've been able to bring out of motorcyclists from all walks of life has defied stereotypes," Kiddoe said.

With the completion of this workshop in the Back to Basics series, Kiddoe said participants so far "are excited by the idea that riding technology has evolved and can be studied and applied on a whole new level without the levels of fatalities that the country is plagued by now. One participant named 'Sassa' who was in our workshop in March recently gave his own account of the ongoing impact. His colleagues absorbed the info and continue to apply it months later. They think about who they are living for. The mission that all participants have accepted is do everything in their power to reach home safely every day."

The opportunity for motorcyclists to be licensed through the workshops was first offered at the mid-May Westmoreland staging, one motorcyclist beginning the process there and later completing it. Last Sunday six of eight workshop participants took and passed the test, Kiddie saying the Back to Basics team offered to reimburse the examination fees of the two riders who failed if they resit the practical and pass by the end of the week.

The workshops will continue, Kiddoe said. "We are returning to Westmoreland soon and are planning workshops in St Ann and St Elizabeth."