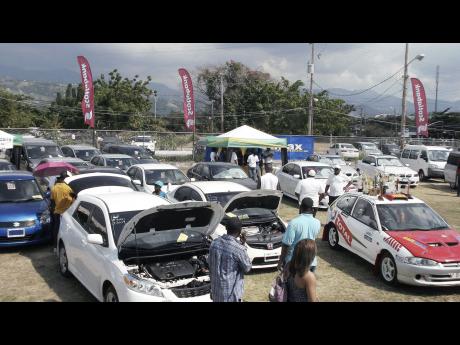 Motor vehicles on display at a used car show in Kingston in 2012. 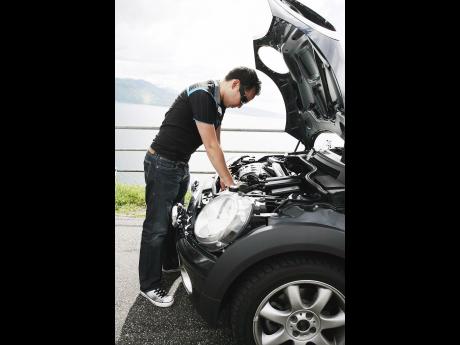 Contributed
A motorist examines the engine of his vehicle. 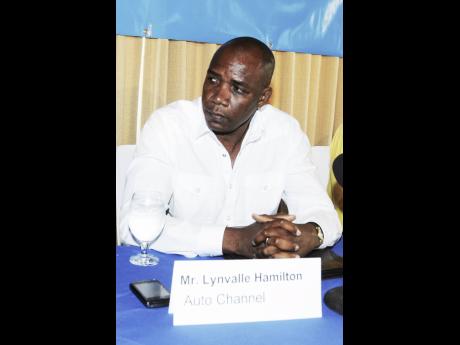 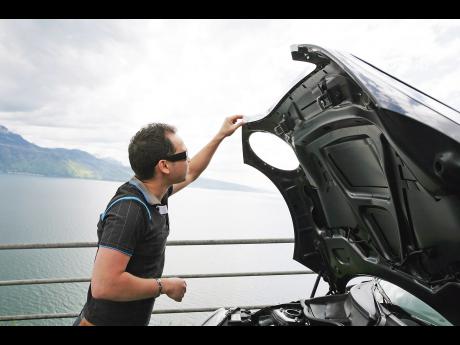 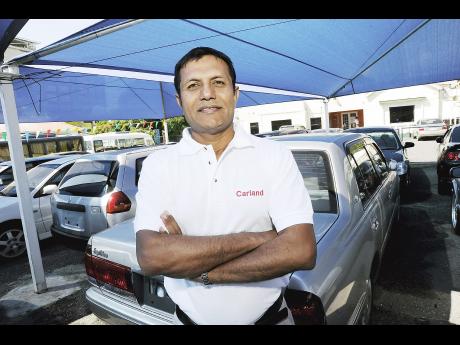 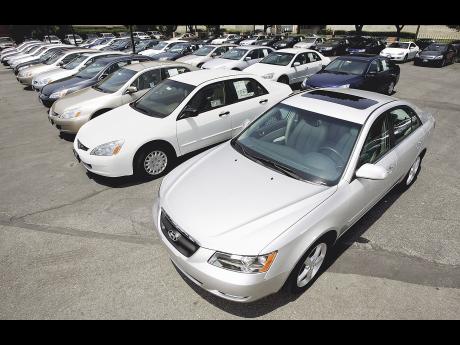 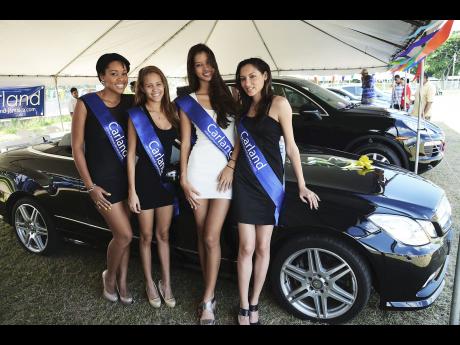 File
Carland promotional ladies with a vehicle from the used car dealer in 2012. 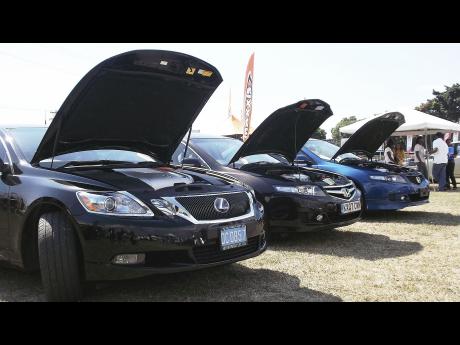 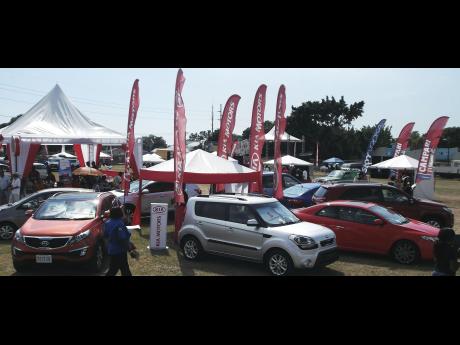 Jamaica's used-car dealers are dismissing talk that they have been importing used cars that are not made for Jamaica and that it renders them unserviceable. Managing director of Carland Investments Tariq Malik describes the assertion as a scare tactic aimed at preventing prospective car owners from getting the types of cars that other markets get.

"That's absolute nonsense. There is no car that is made for the Jamaican market. Jamaica is a mere dot on the map of the automotive world. Cars are made for Third World or First World, and what happens when we bring in those used cars is that we get the benefit of First World technology," Malik said.

Over the past two weeks, Automotives has reported that new car dealers are reluctant to service used cars, especially those imported into Jamaica from the Japanese domestic market (JDM). The reluctance stems mainly from the touted unavailability of spare parts caused by incompatibility with the available parts for new cars. In addition, there were claims that diagnostic machines are sometimes unable read the codes on some JDM vehicles.

"A new car-dealer should be ashamed to even give the impression that their diagnostic machine is inferior to those utilised by local auto mechanics outside new-car dealerships," Hamilton blasted, pointing out that many local technicians have the necessary diagnostic tools.

Used car-dealers contacted by Automotives were at one in the assertion that they have never come across a person who has had a problem with a JDM vehicle, more so than any new car. They pointed to the warranties that go with every used vehicle they sell, in addition to the after-sales service on offer.

Managing director of Crichton Auto Kirk Crichton was emphatic as he outlined the comprehensive efforts made to have satisfied owners.

"Parts that we don't have or can't source locally, we will special-order and have them here in about two weeks. In our 16-bay service area, we work on the customers, cars that need general service. We provide the parts, and the labour is free for the life of the ownership of the car," Crichton said.

Dismissing talk of parts unavailability, Crichton points to the record over the years as proof satisfied customers.

"We've been in business for 20 years, and we've never come across a problem when it comes to parts. If those parts weren't available, you would have heard long ago," Crichton said.

He was supported by Malik, who feels that the reason auto-parts dealers are doing good business is because JUCDA members provide an opportunity.

"Used-car dealers don't really need to have any parts because the parts industry thrives off the used-car business. Places like Bert's , Excel and hundreds others see this as an opportunity to have the parts for cars that in the island," Malik said. He outlined that there is regular dialogue with some auto parts dealers, so that they may be aware of types of used cars that may be coming into the island.

Used-car dealers also say they will go the extra mile in sourcing special order parts from Japan within a week or two. Both Malik and Crichton say that they forego a mark-up because what they really want to do is to provide a service to the clients who have done business with them.

The JUCDA president is adamant that customers are beating a path to the organisation's member's doors because they see value for money.

"It's not the used-car dealers' fault why more and more people (including certain arms of Government) are shying away from buying new cars, seeing the significant savings of the used JDM vehicles. Apart from the high quality and wide range of options that JDM offers, the real truth is that some people are just getting wiser and some just simply cannot afford to pay the high prices that new cars fetch," Hamilton said.