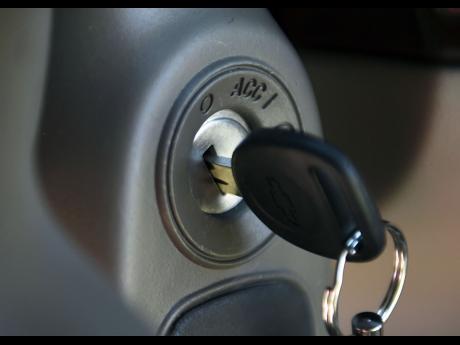 AP
The key in the ignition switch of a motor vehicle that uses the more accustomed engine starting/stopping method instead of a button system. 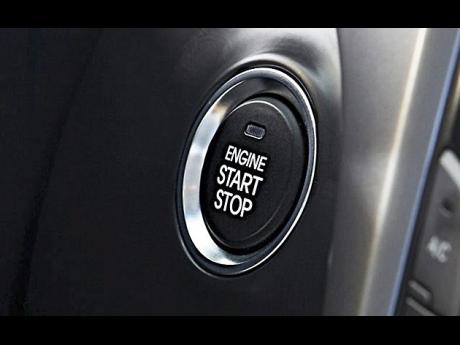 Contributed
The power button on a motor vehicle that is equipped with a smart key. 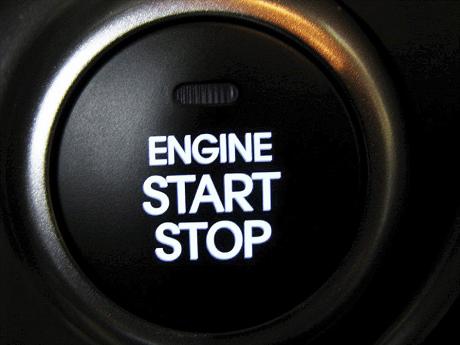 Contributed
The button which turns a motor vehicle's ignition on and off.
1
2
3

The push-button start was once the stuff of the superrich or the struggling, dirt poor.

In earlier automotive days, in Jamaica, a push button would be found in the lowly Austin Cambridge or the reliable Ford Escort, whose ignition switch had seen better days and nary a replacement was in sight. A handy electrician could have the vehicle rigged up in no time, complete with the ubiquitous shiny push-button switch boasting a big Bakelite button in the middle. He would magically feed a wire from just below the steering and bring another wire from deep down somewhere further, find yet another wire for good measure, and the happy sound of the starter turning over would precede the rumbling to life of the engine. For such a car, a push-button start was a Godsend.

At another level, the push-button start was the preserve of bespoke vehicles most only dreamt of.

More recently, however, with the proliferation of the electronic control unit (ECU), which controls everything from fuel consumption to cabin temperature, it is little wonder that car manufacturers have made the step to have keyless entries and keyless starts widely available. The push-button start, once part of a vehicles' luxury package or the result of a mechanic's adjustment, can now be found on everything from the 'boasy' little Japanese ride to the opulent European vehicle and everything in between on four wheels.

A keyless system permits starting a car without a physical key being inserted into the ignition. Instead, a small device known as a key fob transmits a code to a computer in the vehicle when the fob is within a certain range. When the coded signal matches the code embedded in the vehicle's computer a number of systems within the car are activated, including the starter system. This allows the car to be started by simply pressing a button on the dashboard while the key fob is left in a pocket or a purse.

The vehicle is usually shut down by pushing the same button.

When leaving a vehicle equipped with a smart-key system, the vehicle is locked by either pressing a button on one of the door handles, touching a capacitive area on a door handle, or by simply walking away from the vehicle. The method of locking varies among models.

Edmunds.com reports that in 2005, the United Kingdom motor insurance research expert Thatcham introduced a standard for keyless entry, requiring the device to be inoperable at a distance of more than 10cm from the vehicle. In an independent test, the Nissan Micra's system was found to be the most secure, while certain BMW and Mercedes keys failed as it was possible for the cars to be driven away while their owners were refuelling. Despite these security vulnerabilities, auto theft rates have decreased seven per cent between 2009 and 2010, and the United States-based National Insurance Crime Bureau credits smart keys for this decrease.

Several manufacturers have struggled with ignition-switch woes, and abandoning the key and switch assembly seems like a direct route out of the woods. The keyless option introduces a new set of problems, however, with sometimes tragic results. Growing pains included cars that needn't be in park before being shut off, and, therefore, rolling is possible, and engines left running in garages because a driver didn't go through the tactile function of turning a key to shut it down and many of today's engines are incredibly quiet. Six carbon monoxide deaths have been recorded in the US, with the possibility of more, because button start/stop cars have been left running.

While Jamaica will continue to see more and more push-button ignition systems on motor vehicles being imported, motorists should should how much they cost to replace, get in the habit of leaving the key fob in the same place in the vehicle when they drive ,and be certain the car is indeed in park, and shut off when they exit, even as they are dazzled by the automotive bells and whistles.