Apple gets permit to test self-driving cars in California 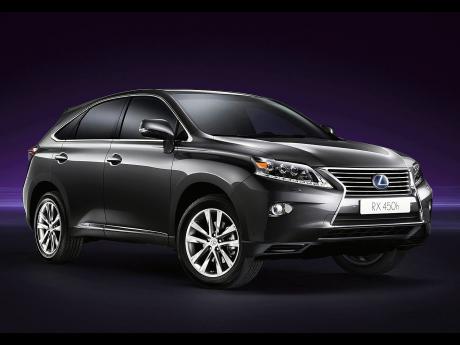 With major Silicon Valley tech firms and US carmakers jumping into the frenzy to bring the technology to the market, the possibility that Apple will join the fray has fascinated the valley. The company has long been rumored to be working on a mysterious 'Project Titan' connected to vehicles but has never confirmed that.

"This absolutely verifies that they are going to do something in this space," Moor Insights & Strategy analyst Patrick Moorhead said of Apple. "This is likely Titan."

The California Department of Motor Vehicles (DMV) provided tantalising confirmation that not only is Apple working on automotive technology, it also has plans for autonomous vehicles. On the list of companies receiving permits to test self-driving vehicles on California roads, Apple's name popped up for the first time at the very end of the list of 29 other firms.

"The permit covers three vehicles, all 2015 Lexus RX450h, and six drivers," the DMV said in a statement Friday.

Apple did not immediately respond to a request for comment.

No other information was provided by the DMV. With its new permit, Apple joins Google, Tesla, Ford, BMW, Subaru, General Motors, and other major automakers and tech companies.

Apple is probably not building its own car, however, and Project Titan may just be a code word for the firm's work on vehicle technology, Moorhead said.

"I don't think to be successful they have to do a car, and I also think it's a pretty big stretch, without an acquisition, to build what it would take to be really successful at cars quickly enough."

It is likely that Apple is working to create the 'Apple experience' in self-driving cars, Moorhead said. He expects that the firm is creating a safe and effective autonomous-driving system based on computer vision, laser-based navigation, and mapping, while also building an in-car environment for passengers that leverages Apple's dominant position in entertainment and workspace technology.

"It's going to be kind of a living room on wheels or an office on wheels that's right up Apple's alley," Moorhead said.

If Apple were unable to find a car maker to use its system, "they would have to buy a car company", he said. "When you have US$250 billion in the bank, you can pretty much do anything."

The firm in December sent a letter to the National Highway Traffic Safety Administration that hinted at work on self-driving vehicles.

Apple noted that it uses artificial intelligence to "make its products and services smarter, more intuitive, and more personal," and said that it was investing heavily in studying automation and was "excited about the potential of automated systems in many areas, including transportation".

Aside from the new permit, Apple has provided little insight into its vehicle-related efforts. Company CEO Tim Cook flat out refused in 2015 to reveal any information when he appeared on comedian Stephen Colbert's TV show. But that year, Apple was renovating an office complex in Sunnyvale, and the city's permitting documents referred to an "auto work area" in a warehouse. Public records also showed that the company had asked officials in the Contra Costa Transportation Authority about their self-driving-car testing site at the former Concord Naval Weapons Station.