Ford Explorer - Does a little of everything 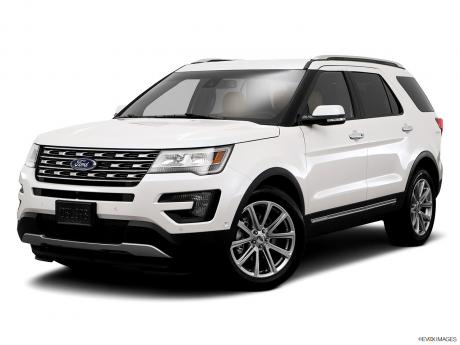 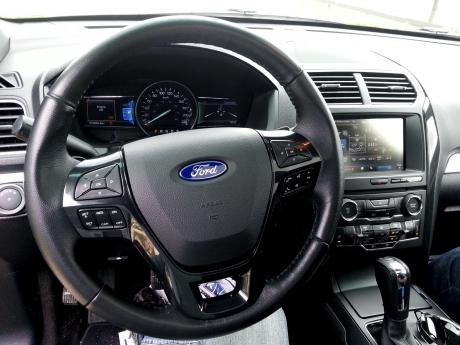 The steering may feel a little light to the average driver. 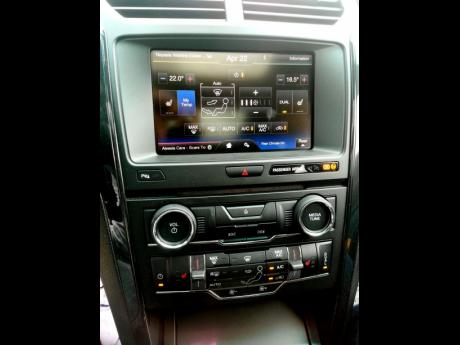 It’s best to operate the air conditioning through the touch screen rather than the knobs. 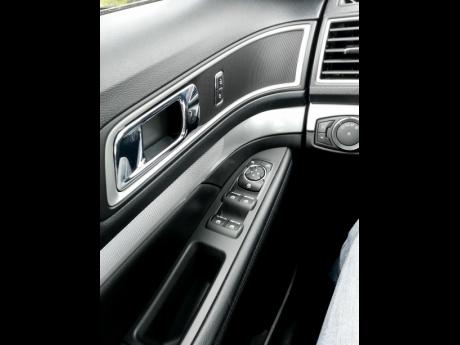 The sleek design gives this vehicle a feeling of sophistication. 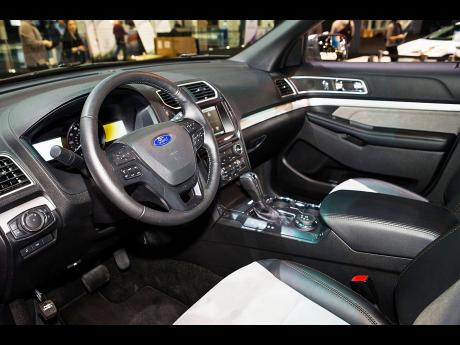 The multiple seat adjustment options ensures the driver is always in a comfortable position.
1
2
3
4
5

The Ford Explorer, whose lineage goes back to 1990, refuses to be just another SUV. Armed with an aggressive front fascia and an acute-edged bonnet, it made all the design changes to keep up with the times. With that being said, it looks more mature and fitting for someone who knows what life is about.

Once you are behind the steering, the vehicle weighing more than 4,400lbs feels big and heavy, even though it may not appear that way. As you look around the interior, there are buttons almost everywhere, and if you are not accustomed to the generic Ford layout, there will be a learning curve. For example, all the light controls are to the left of the steering, below the dashboard, as opposed to the traditional placement on the steering column. Luckily, there is an image beside every button to show what the button does.

As for the infotainment system, which Ford calls Sync, it sensibly lays out features such as phone, audio, and climate. This was extremely useful when adjusting the dual-climate setting as the animation on the screen gave straightforward directions. A similar option is given to rear-seat passengers, who can make their own air-conditioning adjustments to the roof-mounted vents. Admittedly, I would have preferred if there were also vents at the back of the centre armrest. Nonetheless, it got the job done, especially given the fact that there is a second set of head-mounted vents for the third row of passengers.

While fiddling with the Sync systems, there are also intuitive options to adjust the audio for optimum delivery. Perhaps the most useful of these is the transference of sound to different places in the vehicle. At one point on the test drive, the front passenger and I were having a discussion, so I directed the music to the back for the rear passengers to enjoy while we spoke.

The first thing I noticed when driving this vehicle was that the steering wheel is very light, which is good if you are in town, where there is a lot of traffic. Conversely, this can be a bit overwhelming when going out of town on long, open roads. More often than not, I would oversteer the left-hand vehicle even when I slightly tilted the wheel.

At one point, I switched the driving mode to Sport, but the result was the same, so in the end, I just adapted my driving style.

What was great about it was how the 2.3L EcoBoost engine performed. First, Ford refers to its turbo engines as EcoBoost. Given the size of the vehicle, I thought it was going to be sluggish, however, this was not the case. The turbo kicked in effortlessly with no noticeable lag, even when driving up the inclined stretch of the North-South Highway.

Paired with a six-speed SelectShift transmission, power was always readily available to the driver, along with the option to access it with the paddle shifters, which are located behind the steering wheel.

Ford also showed that it is always trying to conserve on gas by keeping the engine in a high gear by default. Whenever I wanted to overtake, I simply geared down with the paddle shifters, which can be engaged in Sport or Normal mode.

The four-wheel disc anti-lock brake system is also very responsive and can bring the vehicle to a halt rapidly.

As for the ride, it was extremely comfortable with a front independent MacPherson suspension and a rear multilink suspension that absorbed the majority of potholes.

Overall, it felt like a family-size vehicle that has a wide variety of uses, and if you like the one-size-fits all concept, then this is a vehicle to consider.

- Steering is too sensitive.

- Too many redundant buttons.