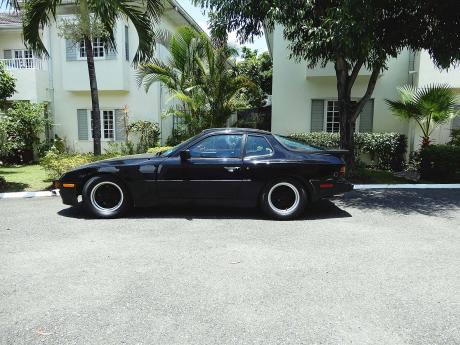 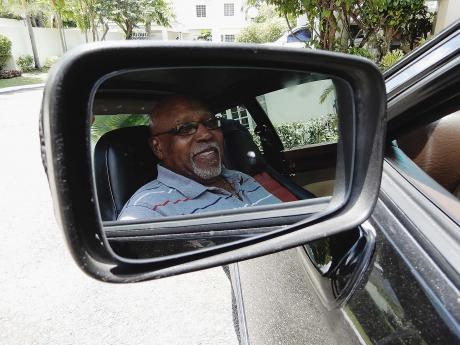 James Simpson intends to keep the car in his family for as long as possible. 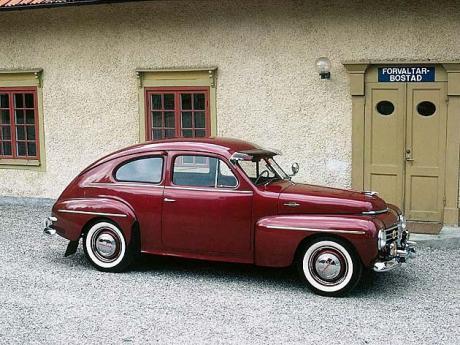 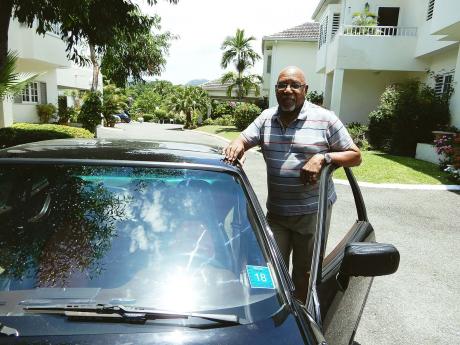 James Simpson beside his Porsche 944 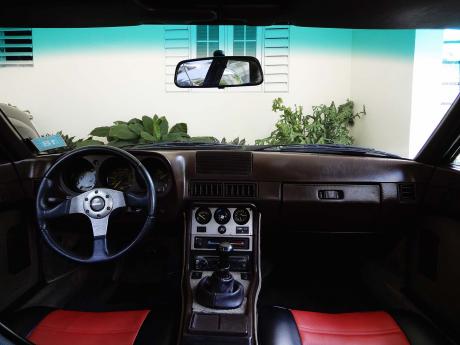 Despite being over 30 years old all the switches still function. 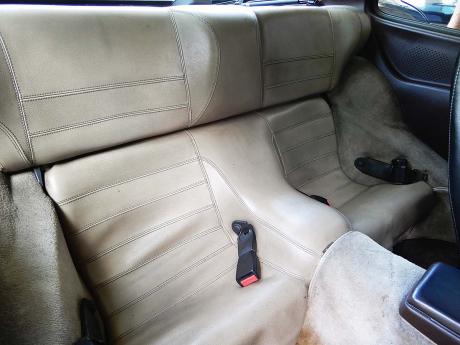 Like most sports cars, the rear seats are purely ornamental. 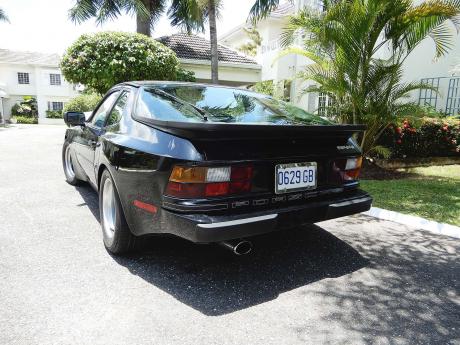 The Porsche 944 is sure to standout at any location. 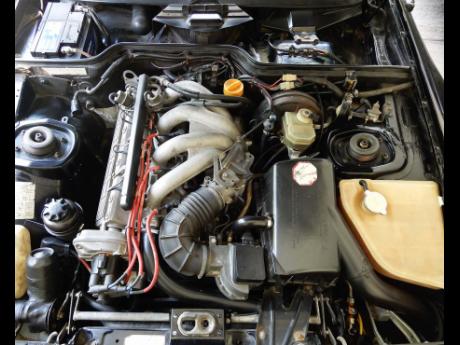 It's hard to tell that James Simpson, chairman of Jamaica Wells, is 83 years old. His deportment, neatly lined beard, and non-geriatric movement makes me wonder, 'what type of diet has this man been on?'

From the jump it's clear that he's from the 'old school' but in a flexible way. As I enter his house, he's casually dressed, watching cricket. "I've always been a lover of cricket. I could never play the sport, but I'm a great spectator," he joked.

I then ask, "Who is your favourite batsman?"

He replies, "Brian Lara's talent is undeniable, but I think he could have been a bit more focused. Ultimately, I have to go with right-handed batsman Lawrence Rowe."

We go back and forth jumping from different sports for several minutes before segueing into auto. He begins to reminisce on the first collector's car he owned. "I had a Volvo PV 444 in 1964 that I got from Karram (Volvo dealers at the time). It was one of or the oldest Volvos at the time and I kept it in pristine condition," said Simpson.

After several years, Simpson, a family man at heart, started to focus heavily on his two children's education. Consequently, he migrated to Atlanta in the United States in 1979. "By this time, I had already founded my company, Jamaica Wells, and I would travel back and forth to Jamaica, but somewhere during the process, I sold the Volvo and was never able to relocate or reclaim it," said Simpson.

"Since losing that car, I never did any real collection on that level. I have been exposed to every car maker that has come to Jamaica. But the Volvo has a special place in my heart."

It would be decades before Simpson would ever feel this way about a car despite owing multiple vehicles throughout his life. "The 1984 Porsche 944 that I currently own, came to Jamaica in 1995, but it was originally owned by my cousin in the States. He was the first owner and decided to bring it here and drove it when he occasionally visited. Of course, while he was away, it was used by the mechanics or anyone else who had access to it and they roughed it up," disclosed Simpson.

This would all change when he and his cousin decided to have a discussion about the car in 2015. "One day, my cousin said to me, 'Dolphy, I think I am going to sell the car' and I said 'no'. I want it to be kept in the family, so I became the legal owner of it two years ago."

A means of therapy

Sadly, this acquisition coincided with the passing of his wife in June 2016, to whom he was married for 58 years. The period was a traumatic one for him and driving the car provided some form of therapy. "My wife and I were extremely close, we had been through so many hills and valleys, it was just a rough time for me," he said.

During this period, on his more upbeat days, he would start doing some restoration to the vehicle. "The front seats were worn, so I decided to wrap them over as well as do a proper tuning of the engine. Surprisingly, not much was needed to be done on the suspension as the car rides very comfortably," Simpson said.

At this point, his daughter Andrea Cowan, who was sitting nearby, eagerly interjected. "Daddy, tell him about the time you got stuck on the road with it."

Seeing the exuberance in her face, he allowed her to tell the story instead. She then revealed: "I got a call from my bearer one day saying he saw my father looking in the bonnet of the Porsche on the side of the road. When I called him, he told me he had overtaken some cars and was pushing the engine too hard. After that he realised an electrical problem developed. Of course, in the end, I was like, 'Daddy, please don't do that again'."

Simpson is adamant he doesn't want the car to be sold, to which his children have agreed.

Currently, he uses the car for basic errands and has admittedly never taken it beyond the borders of Kingston.