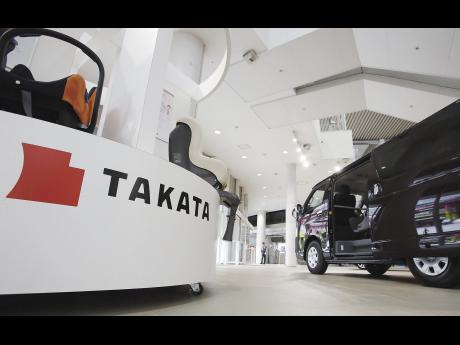 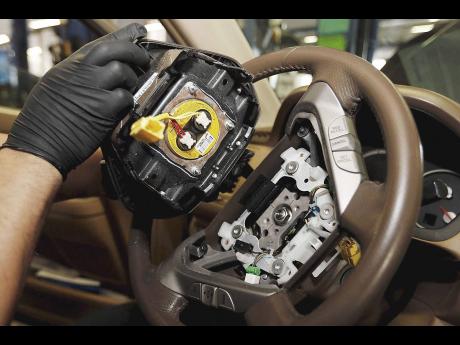 Hobbled by a deadly air bag scandal, Japanese auto supplier Takata filed for bankruptcy protection as it continues to navigate the largest recall in US history to fix a defect blamed for at least 16 deaths worldwide.

Crushed by more than $1 billion in penalties and costs associated with the scandal, the world's second-largest air bag manufacturer was widely expected to enter bankruptcy in a bid to slash its debts and sell its assets to a rival supplier.

The company's air bags are used on vehicles for nearly all of the world's major automakers, affecting about one-quarter of all vehicles on the road in the US as of two years ago, according to one estimate.

The air bags are prone to erupting — particularly after years of the ammonium nitrate propellant in their inflators degrading in warm, humid conditions — and hurling fiery shrapnel into drivers and passengers.

The recall of more than 42 million vehicles, which is expected to last through the end of the decade, will continue unabated. Automakers remain responsible for repairing the vehicles for free, generally beginning with the oldest models in the hottest climates.

Takata recently pleaded guilty in a US court to criminal charges for its handling of the scandal, agreeing to pay US$1 billion in penalties, including the fund for people injured as a result of the fiery shrapnel hurled from its air bags.

Key Safety Systems, a Chinese-owned supplier with US headquarters in Sterling Heights, Michigan, said it had agreed to pay US$1.6 billion to acquire Takata's key assets. A federal bankruptcy judge will have to authorise the deal, which will help Takata raise funds to pay its recall and settlement costs.

After absorbing Takata's assets, Key Safety Systems will have about 60,000 employees in 23 countries. The company plans to maintain Takata's workforce.

"The combined business would be well positioned for long-term success in the global automotive industry," Takata CEO Shigehisa Takada said in a statement. “Throughout this process, our top priorities have been providing a steady supply of products to our valued customers, including replacement parts for recalls, and a stable home for our exceptional employees. This agreement would allow that to continue.”

The company has admitted that its employees knew about the potential problems with its air bag inflators as early as 2000. The company acknowledged that it manipulated testing data that it provided to automakers, convincing them to buy Takata's airbags over those made by other manufacturers.

For Takata, the decision to file for bankruptcy is a stunning fall from grace.

Founded in 1933 in Japan, it used weaving technology to manufacture lifelines for parachutes and other textiles. Eventually, it grew into one of the world's largest seat belt and air bag suppliers. Nearly every global automaker -- including Asian, German and US auto manufacturers -- used its seat belts and air bags in their cars and trucks.