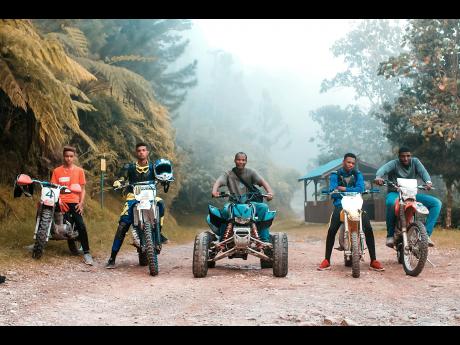 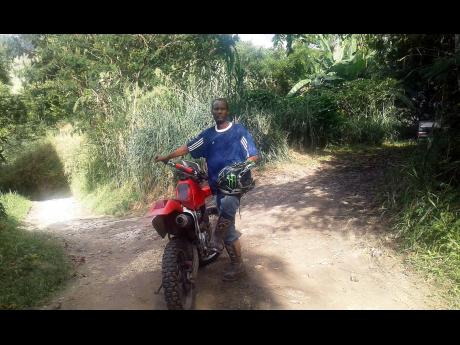 For Mark Bogie, a love for dirt biking is something that cannot be contained and has allowed him to extend himself in service to the younger generation as a teacher of all things dirt bikes.

He told Automotives, "I've been riding since Papine Secondary in the tenth grade - the same age as these guys who I teach now. The love for bikes began with my father, who rode bikes and, as kids, he would put us on the front of the bikes. So, we just got interested in bikes very early.

Located in Jacks Hill, where he grew up, Bogie said his 'classroom' is made up of young men in the area, generally about 17 years old. "I just really like dirt bikes so every generation, I just teach them. They see me riding and they want to ride, so I just teach them," said Bogie.

He explained, "I teach them from scratch, from the very basic beginning. I teach them how to change the gear, handle the clutch - everything about the bike. They develop their skill by just riding."

Bogie, shy to reveal his exact age, said he has more than 30 years of experience under his belt which he uses now to expose his cohort of youngsters to the sport he has loved and enjoyed for so long.

About the unpopularity of the sport, Bogle said, "It's unpopular to a certain degree because it's an expensive sport and you have to be able to afford a bike that doesn't license you to drive. Some people can afford a regular dirt bike and a regular street bike if they want to, but not many people will buy the type that cannot be licenced for the road."

"It's just a recreational thing," he said. "They are more racing bikes which are used for track; dirt bikes are mainly used in the hills because you don't want to use them on the road. At big events, the police would allow you to bring the bikes on the road like carnival, wheelie shows, stunt shows, and stuff like that."

Bogie lauds fellow dirt-bike enthusiast Kyle Reynolds for what he calls 'reintroducing the sport'. "I really appreciated when he reintroduced the sport of dirt riding to Jamaica. One time, dirt bikes were in style and then it went out of style for a good while, and then Kyle Reynolds reintroduced it and it's pretty much alive."

As Mark Bogie the teacher, he said passionately, "Once you want to learn, I'll teach you - most of the times for free. For a few exceptions, I charge and I teach people really fast."

Over the years, he has seen many students, all with the same fascination for the art of dirt riding and an eagerness to master their craft. "Some of my students graduate and forget about the sport and we have different ones who we ride with, like a friend of mine, who I used to ride with as youngsters and his son is now a champion rider in Canada," Bogie recounted. "His son was so small - he was climbing on the dirt bike and he has grown to like it and now he's a champion and he's teaching people how to ride."