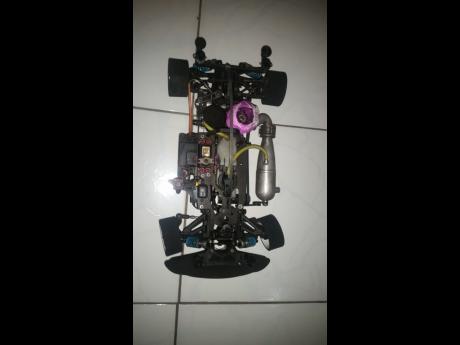 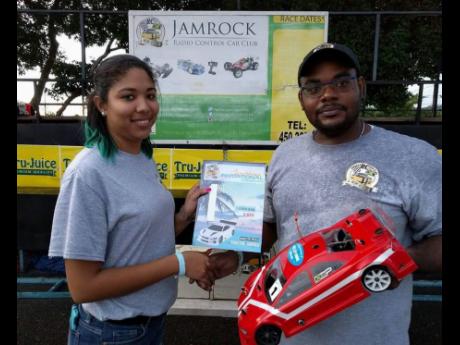 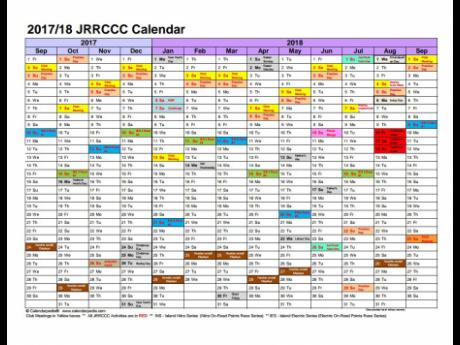 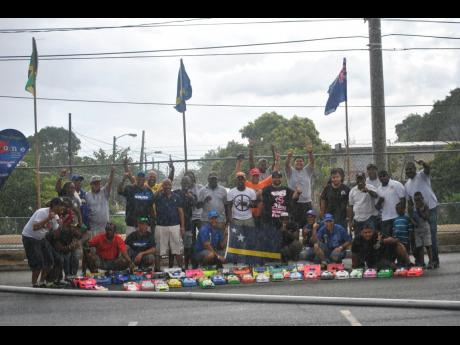 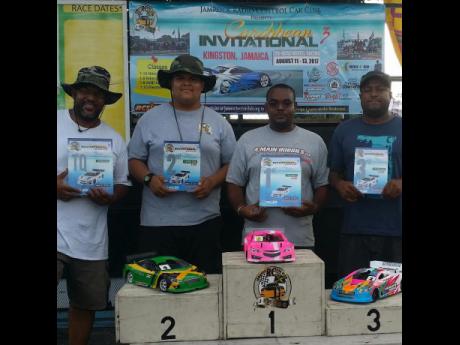 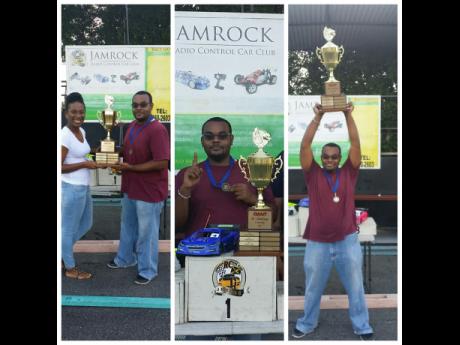 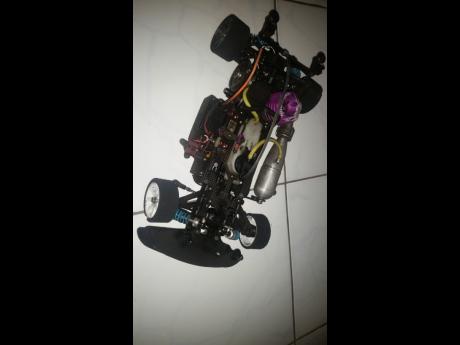 He was just a spectator before it all began. Passing by Sovereign Centre on Washington Boulevard, he saw the small cars being operated by careful drivers. He was intrigued.

For Lascelles Ellis, a like for all things automotive began as early as diaper days, and it was only natural that seeing the remote-controlled cars was something that fascinated him.

"From I was a toddler, I had a love for cars," he told Automotives. "I have a pic from when I was a baby wiping my father's car with a rag. If I could afford it now, I would have a warehouse filled with cars."

So, he went to see the group almost every weekend for about a year. After that, he decided to buy his own vehicle, which was a 1/10th monster truck. This helped him learn control and gave him the ability to drive anywhere.

Ellis said that the current president of the group, Denise Burton-Clarke, returned to Jamaica and saw it fit to have a club formed to formalise the activities related to the hobby. He, too, thought it was a good idea and projected that the group would be able to achieve more as an organisation than he would individually.

This was the genesis of Jamrock Remote Control Car Club, formed in 2015. Ellis has been active since the start of the club and now serves on the executive as club secretary.

He describes the group as, "A non-profit club dedicated to promoting the hobby or sport of radio-controlled vehicles. It's a very family-oriented organisation, open to everyone to participate whether you intend to be a competitive racer, non-competitive participant, or just to volunteer in providing assistance with our activities."

About his own history with the club, Ellis detailed what followed the purchase of his 1/10th monster truck. "[The] Next step was to get into the competitive racing with lots of encouragement and assistance from Mr Phillip Chong, now deceased, and Gary Sailsman (club member)," he said.

"My first car was an Ofna CD3. By today's standard, it's not very competitive ... primarily due to its weight, but it was a tank, very strong car," he recalled.

He told Automotives, "Phillip Chong, before he left for Canada, gave me another car but it was in pieces and not ready for racing. The night before my big race, I had prepared the CD3 for racing, but I was not confident that it would do well. Gary and I were talking and I mentioned to him that Phillip had given me another car before he left - a Mugen mtx4r. Since I was new to the hobby, I didn't know that that car was a very competitive car to have, especially compared to the CD3. We decided that we could use the parts from the CD3 to get the Mugen mtx4r race-ready. I was very nervous and excited; car looked good."

Race day was on a Sunday and it was his first race and the first remote car he had ever driven. He mused that all his competitors looked like pros.

He qualified at the back of the field, struggling to keep up with his seniors. When the race started, he only did a handful of laps when he crashed and broke the car and was unable to finish the race. He recalls feeling disappointed with the result, but in love with the excitement, the competition, and the adrenaline. He couldn't wait for the next race.

Did he improve? "Yes," he answered, sharply. "What I did was to focus on myself rather than trying to keep up with the competitors. I also did a lot of reading about the hobby and watched YouTube videos of races and driving techniques. One of the things I tried to do, since I was not the fastest, was to make my car reliable and focus on finishing rather than being fast. To finish first, you have to first finish. That has been a philosophy that I maintain to this day."

A family man, Ellis says he has no biological kids but raises his girlfriend's son as his own. The youngster accompanies him, sometimes, to his events. Separate from home and cars, Ellis holds a Bachelor of Science in Urban and Regional Planning. He is currently employed at the National Environment and Planning Agency as an applications processing officer. He is also a realtor with A.S. James and Associates.

Sponsored by Mugen, Ellis is hopeful for the future of the club. "Our ultimate goal, as a club, is to have a facility with our own track with clubhouse. We have club meetings once a month, currently these meetings are at Sovereign on the Boulevard by our track. Races are usually once a month as well. We are currently having our race events at Sovereign on the Boulevard who have graciously given us the opportunity to use a section of their parking lot," he said.

He added, "We also have gatherings every now and then to hangout and have fun. We are still very young; we are attempting strategies to increase membership."