Bryn Morgan a drag race record holder for all times 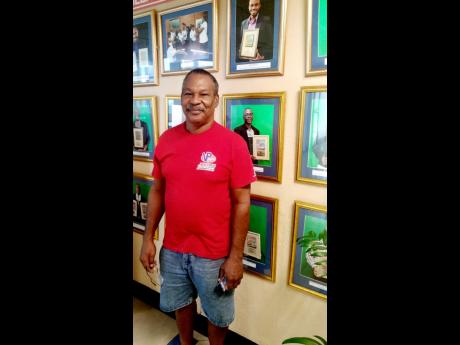 He has been holding a drag race record for well over a decade and today, Bryn Morgan remains confident, still owning what's perhaps rightfully his.

"That is the seven and a half seconds record. It's been about 15 or 16 years and nobody has come near it. I even ran it several times after that," he said.

The divorcee of over 20 years lives alone while his three children are abroad. Motorsports is something which keeps him relatively occupied, describing himself as one who "grew up in that circle".

About his decision to pursue drag racing as opposed to other forms of motorsports, Morgan said, "In a sense, it's a cheaper form of motorsports than the others like rally. Rally is very expensive - you have four corners of the car you have to maintain, probably. It's a whole pile of work."

Historically, drag racing is a type of motor racing in which special race cars compete, usually two at a time, to be first to cross the finish line. The race follows a short, straight course from a standing start over a measured distance.

The most economic racer

"They call me the most economic racer because when they buy this and that and change things up, I don't change up anything. I have to work with what I buy and make sure that what I buy for my money will carry me the distance that I need to go," affirmed Morgan.

When quizzed about the likelihood of a young talent nailing his record some time in future, Morgan, seemingly a man of many words, reflected: "People have the equipment and the money to do it, but people have to understand that there's a difference between having the money and having the talent."

He said, "A lot of people in the world who have money can't do anything. A lot of little guys have the talent but do not have the money."

Morgan, with strong opinions about society and politics, says, however, that though he has enjoyed a decorated career in drag racing, the current state of Jamaica will not allow him to stay.

For starters, his three children are doing well for themselves in America.

"My daughter is a pilot and a weight and balance manager for the aircraft. The other one is in pharmaceuticals, and my son is in auto repairs," he said.

Automotives wanted to understand further about his motives for wanting to leave the country. Morgan added, "If I answer that question maybe Andrew Holness and Peter Phillips would get upset because they mash up the country so bad I can't even get my assets to sell. I can't leave and go abroad without all my properties. I have to get them sell and nobody buying."

He said If he gets these assets sold at even 50 per cent of their value he is "gone like bullet".

And when these plans actualise, Morgan says he is looking forward to continuing with his passion for motorsports, especially abroad where "things are better".

Undaunted by the possibilities of hurt or injury in these events, he said "Life is a thing that you get hurt every day, every minute of the day. This week, I was in Spanish Town standing up talking to a friend and just about 200 feet away some man came and shot two men. I could have gotten shot, the man beside me could have gotten shot."

He said, "In life, you just have to accept your chances."