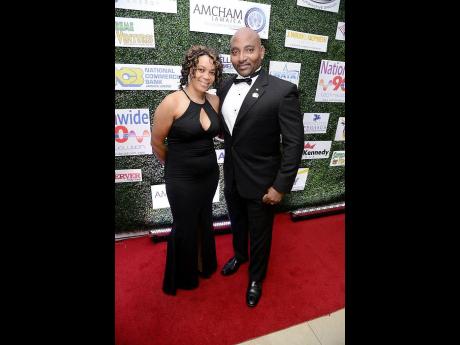 Channer and his wife, Pauline. 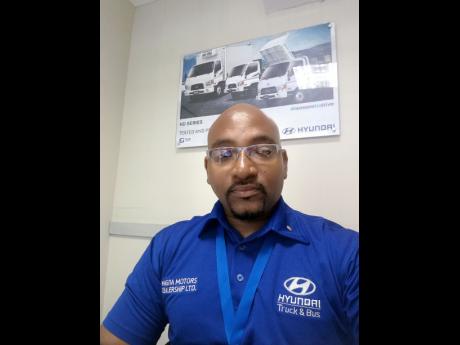 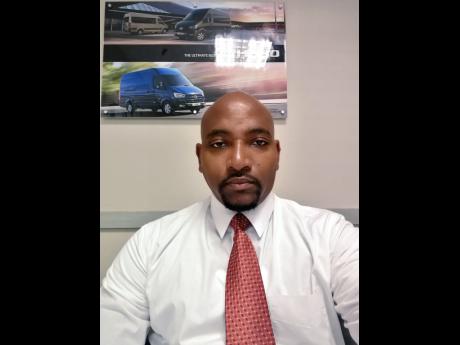 After many years working in a complex and often versatile field, head of the Fleet and Commercial Department at Magna Motors, Andrew Channer, if questioned, would say that he has never worked a day in his life. That's because for him, auto sales is a long-time passion fuelled by everyday challenges that keep him going.

"I love sales. sales is in my blood. I don't think I will be comfortable doing anything else. It's what I do, and I like it," he told Automotives.

Magna Motors is the oldest dealer of Hyundai motor vehicles in the world outside of Korea. Channer's portfolio includes handling corporate accounts for companies looking to buy fleets for road or field agents as well as selling trucks to companies to deliver their products.

But, before this, Channer started his career as an on-the-ground salesman from his days as a college student. "I went to the University of Hartford in Connecticut to do my bachelor's in International Marketing. While going to school, I started working at a dealership from the ground level as a detailer and then I gradually worked my way up," he said.

Channer returned to Jamaica in 2011, where he found things to be different, and so he had to adjust to the local automotive culture. "I applied for a position at KIG, which sold Subaru and Ford at the time. I started as a sales executive there just to get back a knowledge of the market and get to know the vehicles all over," he said.

Later in his career, Channer was approached by Magna Motors to help rebuild the Hyundai brand in Jamaica.

"Hyundai, at the time, was at the bottom of the list. It was negative at the time, and they wanted professionals. I was approached, and I liked a challenge, so I decided to get on board with them," he said.

According to Channer, "Hyundai got a raw deal because of previous encounters, so the reputation wasn't excellent."

He said that the previous dealers had a reputation of not providing parts and after-sale support, an aspect of the business that Magna Motors now prides itself on.

"We have a lot of damage control to do, but gradually, we see where the public is warming up to us. It's just for us to get the corporate side, and that's what I'm working on to get back in the market and become another major player.

Additionally, with over 10 years of management experience in automotive and being around many brands, Channer stands by Hyundai, describing it as a "great brand" with many features and reliable units.

"We have been putting in a lot of work, but there's still a long way to go," he said.

Achieving seniority is, expectedly, a welcome achievement, but Channer admits that being an individual salesman is a memory he cherishes fondly.

He said: "I like the interaction of selling a car to an individual. Selling is actually making a friend. I still have people calling me from when I was at KIG or Nissan saying they need a car, and because I'm in the business and experienced, they turn to me for advice.

"At the level where I'm at now, it's more of a boardroom setting. With companies, it's not a single person making a decision. it's usually a board with different managers, so I have to make a presentation in front of a group of people," he told Automotives.

In his spare time, Channer is an active member of his community, being a member of the Rotary Club of Kingston. He has been married to Dr Pauline Channer for 22 years and has five children - four sons and a daughter.

For the future, he said, "Magna is growing; the market is growing. I think I'll be here as long as they want me to be."