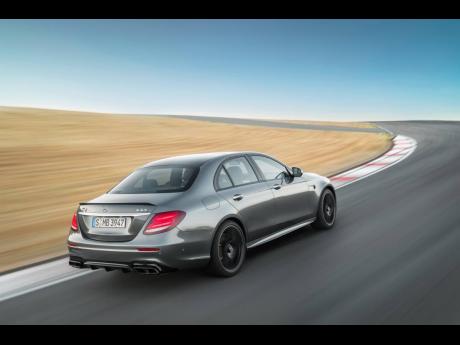 The European Union vowed prompt retaliation if the United States (US) follows through on a threat to impose tariffs on imported vehicles as trans-Atlantic trade tensions showed no signs of easing.

If European exports are hit by US actions, the EU will “react in a swift and adequate manner”, Margaritis Schinas, a spokesman for the European Commission, told reporters in Brussels on February 18 – a day after President Donald Trump received a report on the national-security implications posed by auto imports.

The EU has prepared tariffs on a total of €20 billion (US$23 billion) in US goods should Trump follow through on his threat, which would chiefly hit Germany. Chancellor Angela Merkel gave an impassioned defence of the country’s car industry to an audience of senior security officials in Munich last weekend, calling the Trump administration’s suggestion that European autos are a threat to US security a “shock”.

The renewed threat of car duties calls into question a tentative truce reached in July. At a meeting in Washington, Trump and European Commission President Jean-Claude Juncker agreed to a political accord to “work together toward zero tariffs, zero non-tariff barriers, and zero subsidies on non-auto industrial goods”.

At the July meeting, “we agreed that both the EU and the US would refrain from taking any measures that would go against the spirit and the letter of the joint statement,” Schinas said. “President Juncker trusts President Trump’s word. The European Union will stick to its word as long as the US does the same”.

Last week in Bucharest, trade ministers from the 28 EU member states discussed draft mandates so that official talks with Washington could begin on a trade agreement.

US tariffs on European cars would mark a significant escalation of trans-Atlantic tensions because the value of EU automotive exports to the American market is about 10 times greater than the bloc’s steel and aluminum exports. As a result, European retaliatory duties would target a larger amount of US exports to Europe.

A 25 per cent US levy on foreign cars would add €10,000 to the sticker price of European vehicles imported into the country, according to the commission. That would especially affect German brands such as Volkswagen, Porsche, and Mercedes-Benz.

If the US imposed permanent tariffs of 25 per cent, German car exports to the US could fall by almost 50 per cent, or about €17 billion, according to the Ifo Institute. Total European car exports would fall by €18.4 billion, or 7.7 per cent. The risk to Germany’s economic success prompted Merkel to push back by pointing to BMW’s plant in South Carolina, the carmaker’s largest factory worldwide and the home to models such as the X5 sport utility vehicle.

“Look, we’re proud of our cars. We’re allowed to be,” Merkel said recently in Munich, where BMW is based. “And these cars are built in the United States of America. If these cars – which are no less a threat than those built in Bavaria – are suddenly a national security threat to the US, then that’s a shock to us.”