Benz 180 – luxury and comfort at their best 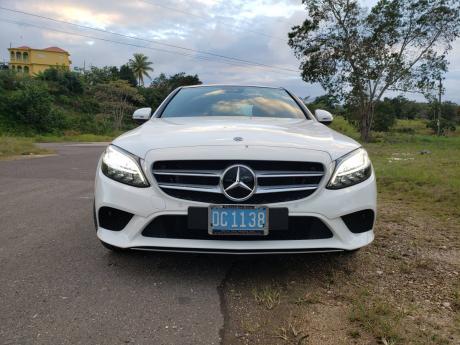 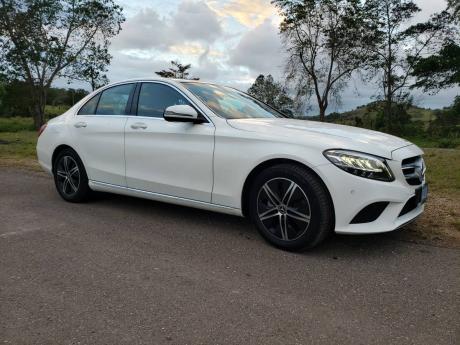 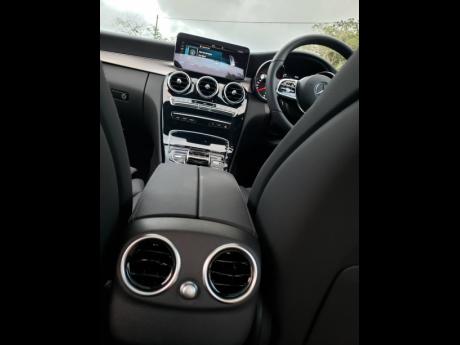 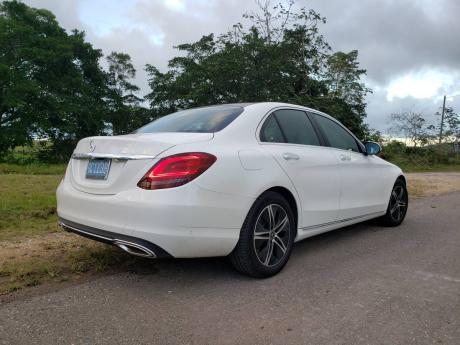 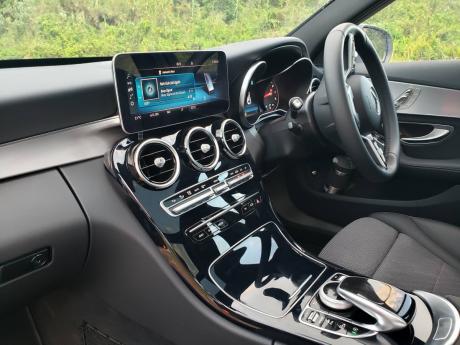 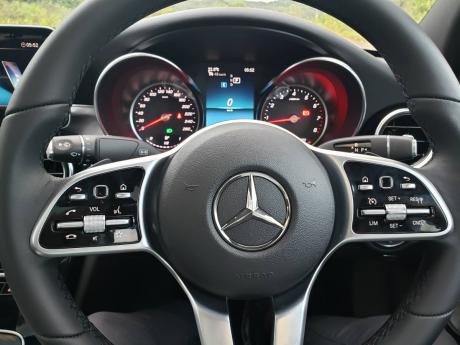 Kareem Latouche
The leather that wraps around the steering wheel feels soft and comfortable.
1
2
3
4
5
6

Now in its fourth generation, the Mercedes-Benz C-Class was freshly updated in 2018, with the company changing over 6,500 components. For those who like to get technical, this is nearly 50 per cent of the whole car.

Design-wise, it still looks similar to the previous model, and that’s because most of the changes were with the electrical architecture of the vehicle, which borrowed heavily from the S-Class.

This mid-life facelift comes with some new headlights and a few alterations to the bumpers. Most noticeably is the redesign of the front and rear ends, which are not angled downwards as much as the previous model. Now, the car’s silhouette looks perfect, especially from the side, as the symmetry from the rear and the front is spot on. From every angle, it exudes elegance, with the bold Benz emblem on the front grille and the swept-back headlamps.

Resting against the dashboard is a new 10.25-inch infotainment unit with navigation, Bluetooth, and a host of other features. The interface looks smooth and is very fluid when switching in and out of menus, with many of the options neatly stacked on the left column.

It can be controlled by the main input buttons, which include a rotary knob at the base of the centre console. There is also the option to receive haptic feedback through a mild vibration whenever a selection is made.

Alternatively, there are miniature touchpads incorporated into the steering-mounted control, which is reminiscent of those that were on Blackberry smartphones. These can also be used to control the information on the infotainment screen.

Below this are three pronounced circular air vents with silver trimmings that add a bold appearance to the interior as they are placed against the glossy black finish.

As for the feel of the interior, the overall layout definitely looks like a Saloon. There’s plenty of space in the doors’ wells and the centre console to store containers and, surprisingly, there is a large glove box. To keep the car feeling even more spacious is a panoramic sliding sunroof, which is ideal for those long country runs.

Rear seat passengers have access to many of the same amenities, such as AC vents mounted at the back of the centre armrest and spacious leg and head room. There is also the customary retractable armrest, which includes two cup holders.

Cruising along the street

The 1.6-litre turbocharged four-cylinder unit is available across three trims with either a six-speed manual gearbox or a new nine-speed automatic. The mode I tested was the 9G-TRONIC automatic transmission, which produces 156hp. The engine is very peppy, especially in sports mode. However, it’s a little on the loud side.

In keeping with the S-Class, there is a lot of driver-assistance technology incorporated, the most fascinating of which is parking assistance. This system uses all the sensors placed around the car to showcase its self-parking capabilities.

This car immediately stands out where comfort and refinement are concerned, which makes drivers know from the get-go that it wants to be a Cruiser. Yes, there are multiple Dynamic Select driving modes, like sporty or eco mode, but I’d suggest leaving it in default mode and enjoying the ride.

Paired with 17-inch wheels, the suspension feels plush as it glides over potholes to give a relaxing ride. The electric power steering system is also accurate and responsive, and you really feel the effect when it into put in Sport+ mode. Added weight into placed on the steering, while the throttle is sharpened and dampers are stiffened.

A vehicle like this symbolises that the driver is accomplished and that at this point in life, he is not rushing to get to the destination but is enjoying the journey.