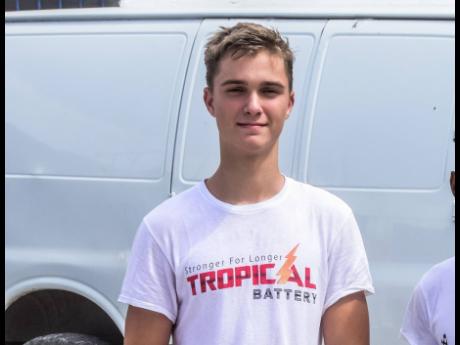 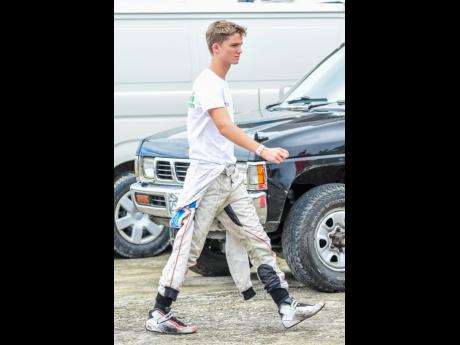 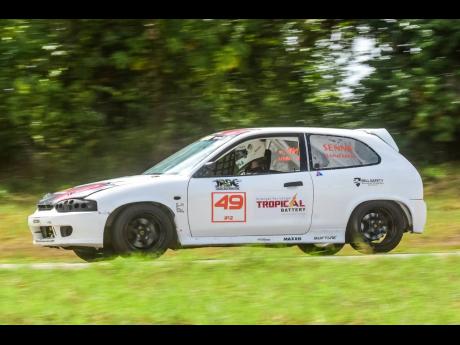 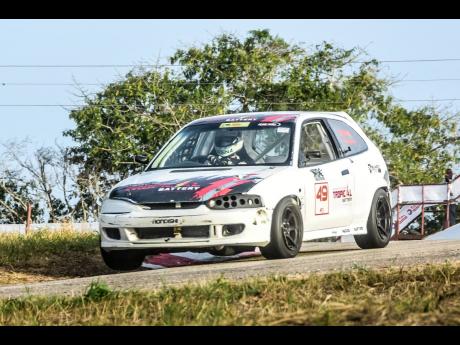 The name ‘David ‘Senna’ Summerbell’ might sound familiar in the racing world for several reasons. The young go-kart and circuit racer bearing the name encompassed a few of those reasons in the responses he gave to Automotives this week. “Growing up and seeing my dad’s (racing veteran David Summerbell Jr) success in racing, I’ve always wanted to be just like him and I have a big name, which is ‘Senna’, and it’s always just driven me to want to race and to want to strive to do my best and to make my own name.” The ‘Senna’ that the young driver referred to comes from former Brazilian racer and Formula 1 world champion, Ayrton Senna de Silva. “He’s who I look up to in racing. From I’ve been a little kid I’ve always watched his videos and how he went about racing, and I’ve always looked up to him as my hero as I’ve got his name.” Senna tries to emulate the former world champion’s determination in his own racing: “He was very determined to win; he would do anything to win and I kind of picture myself doing anything to win as well,” Senna said.

This approach to racing seems to have been working for Senna in his two current areas of motorsport: go-karting and circuit racing. Go-karting has been a practice for almost 10 years now, while circuit racing only started in 2018. When asked which area he prefers, the racer understandably had a hard time choosing: “I love both, to be honest with you. I’ve been driving go-kart for a long time now – in the past four years I’ve won the four national championships in go-karting so I’m really perfecting my driving in go-karting, while I’ve just started to race cars, so I’m kind of getting the hang of cars now. But I truly love racing cars. It’s really something that I enjoy doing.” The four championships mentioned are the Rotax Mini-Max Championship, Rotax Junior Championship, which he won twice, and the Rotax Senior Championship, which he won last year. For circuit racing, the driver’s most recent event would have been Dover’s Heroes of Speed, where he won one race and came second in two for the Improved Production (IP) class.

In addition to adopting the ‘championship mindset’, Senna puts many hours into practising on the track before a meet. “For go-karting, it’s practising Monday to Friday, every day – out there lap after lap, making mistakes and perfecting them.” Before a meet, his team would reference the average weather condition in that week and try and race in it to get the best result possible. “For Dover it would be going down Friday, testings all of Friday and all of Saturday and then racing Sunday.”

Off the track, Senna puts just as much effort into overcoming any challenges and ensuring that he is fit as a driver: “In my free time I’m always in the gym staying fit because racing is both mentally and physically challenging. To be able to put down a lap time every single lap and to be as consistent as you want to be, you have to be very fit, very focused, and you have to be in the right mental state the entire time to perfect your driving. So every day, even if I’m not on the track, I’m always doing stuff which will help me with my racing.”

Such levels of dedication speak of someone who plans to seriously pursue the field of racing. Recently, Senna attended the Rotax MAX Challenge Grand Finals in Brazil where he came fifth as the first Jamaican to ever race in an electric kart at such a level. “It was a very awesome experience. I learnt a lot of things, I learnt how to adapt to a track very quickly as I was racing against the top drivers in the world. To put Jamaica in fifth place is an awesome achievement but I really think I could have been better. I qualified on third place and I was the second fastest to the Brazilian who was racing on his home track, so it was just awesome to show the speed coming from Jamaica and to show the world how much talent Jamaica has. I’m just hoping racing in Jamaica grows.”

After achieving such success in go-karting last year, Senna and Team Summerbell Racing are looking to follow the same pattern on the circuit. The current race car is a Honda Mivec, though it is not certain that this will be the vehicle on the track for the upcoming Easter season. “Last year was my first year racing so it was kind of just a stock race car, but we showed how much pace I got it up to (driving a stock race car and beating real race cars). So if we want to race the big boys like William Myers and Fraser McConnell and those guys, we’re gonna have to upgrade it or get a new car, so we’re looking into it for the Easter week.”

As he continues to pave a path for success in racing, the young racer keeps a primary goal in mind: “For any driver, the goal is to be racing without spending your own pocket money, so if you’re not good at racing then you can get sponsorships to be able to race freely, that’s the goal for every driver. So right now, the goal is to get as much sponsorship as possible on board with my team and help them promote their stuff as well as grow my brand and keep getting bigger and bigger and growing into the world of racing.”

Senna said he would recommend a similar goal to young racers or potential racers who are trying to navigate the world of motorsport. “I would say, racing is a very difficult sport to get into and I would say that sponsorship is the key. You need to obtain sponsorship in order to race. Even for me, racing is just ridiculously expensive, and the one tip I’d give to anyone is to be able to show [sponsors] what you can bring to them – so when you go to a company you need to show them what putting their name on your car will bring them, like what benefits. So I’d say that’s my tip to everyone ... go for your goal but make sure you do it right, and by doing it right, get sponsorship.”

The intense drive and passion for the multiple aspects of racing is evident in young Senna. However, to close his interview with Automotives, he eagerly shared the part of racing that he appreciates most: “By far, my favourite feeling in racing is when you get the chequered flag, you drive by and you just won the race. All your nerves just drop, before the race you’re super tense and nervous about it. And really and truly, it’s every driver’s desire to win the race, so when you finally win that race and you know that you’ve accomplished what you wanted to accomplish, it’s just an awesome feeling.”