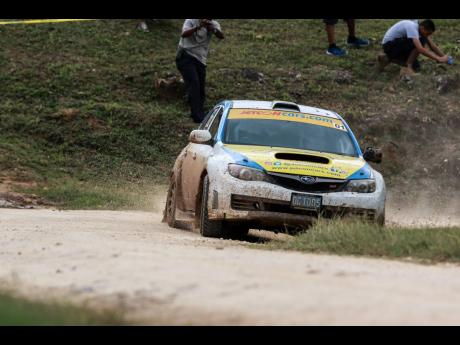 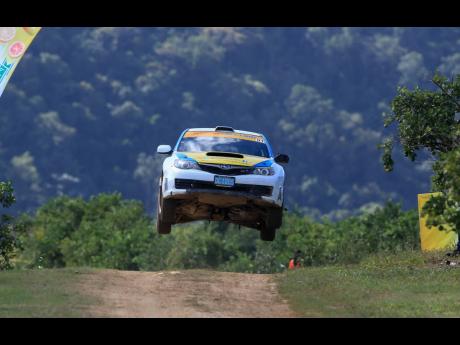 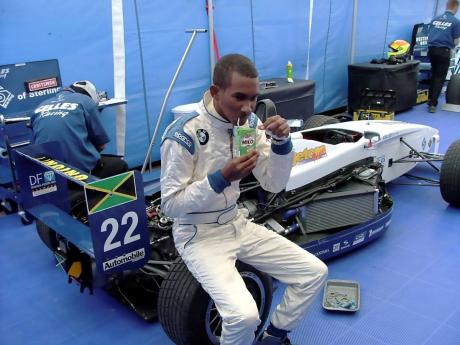 T his week, Automotives spoke with another of Jamaica’s dedicated motorsport competitors and a member of the five-car rally team that took Jamaica to Rally Trinidad this year.

Joel Jackson’s introduction to the steering wheel came at the early age of seven. However, he didn’t start racing until five years later when his father bought him his first go-kart.

“My family is in the business of selling cars, and because of that, my dad had an interest in motorsport, but only as a spectator. He used to take me out to watch the races when I was younger, and I got hooked to it from that,” Jackson said.

That experience brought Jackson to try his hand at circuit racing, though he later transitioned from that to rally. The latter was the more exciting of the two. He currently does both Rally and dexterity. However, rally is his main priority. “Dexterity really is a beginner’s type of sport. It takes place in a parking lot with some cones. I do that mainly just to keep sharp, but rallying is what I’m focused on,” he said.

Recovering from Trinidad and heading to Rally Jamaica

Recently, rallying took Jackson all the way to his third year competing at Rally Trinidad, which was held this April. “The first time in 2013, I think we finished fifth in class. The second time in 2015, we didn’t finish, and this time, we didn’t finish either, so we haven’t had a lot of luck with that event. In 2015, it was because of a driving mistake. This time, it was because of a mechanical failure, but we don’t seem to have much luck with that event,” said Jackson.

Having instances where luck is less than ideal is something Jackson regards as a given – part of the racing experience. “One of the things that we, as race drivers, accept is that these things happen. No matter how much time you spend preparing the cars and preparing yourself for these events, sometimes things happen, and it’s something you just have to accept. All we do is find out what caused the failure and put things in place to make sure it doesn’t happen again, and we move on,” he said.

Thus, coming back from the events of Trinidad, the main focus now is to attend to the car’s (a Subaru Impreza STI) mechanics. “Right now, our focus is Rally Jamaica at the end of the year. whether or not we get to do any events before that is really up in the air,” Jackson said.

Essentials of being prepared for races: psychological readiness

In addition to confidence in his mechanics, Jackson stressed the importance of psychological preparedness when going into an event. “It’s as important, if not more important, than the car being ready because, I mean, you can have a car that is perfect and ready to go, but if you, the driver, aren’t in the right mindset, or if you have reservations about anything – whether it be the car or the course you’re on, or if you so much as get a bad night of sleep, it can throw you off, whereas if you, the driver, are in the right mindset and your car might have a problem, you might be able to drive around that problem. So the driver’s psyche is as important, if not more important, than the car’s mechanical readiness.”

Before competitions, Jackson also ensures that he’s getting himself prepared in the gym, as well as practising ‘dry driving’ method, where he visualises himself on the track, sometimes weeks prior to the actual race.

Along with his preparation methods, Jackson shared another key aspect of his approach to racing – he described it as the primary lesson he has learned from racing over the years.

“I think the main thing is to never give up until you’ve reached the very end of the event because we’ve been in situations where we’re not leading the event and there seems to be no chance for us to catch up and win, and then for some inexplicable reason, the competition falls out and we end up winning. So that is, I think, the biggest thing I’ve actually had to sit down and tell myself: ‘ don’t give up yet, don’t give out until the end of the event’. I think that’s the main thing.”

This attitude is perhaps what took Jackson through 2016 Rally Jamaica, which he considers his best season so far. Despite not leading the event that year, Jackson and his Jetcon team were able to take advantage of an exit from the competition on the second day, which opened a path for them to win the overall event that year.