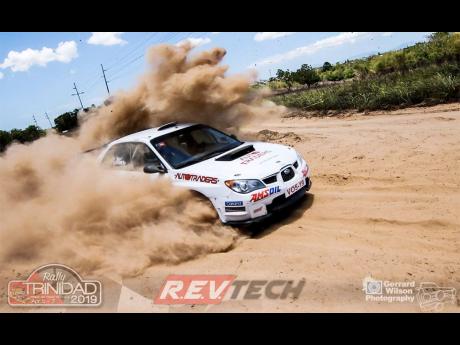 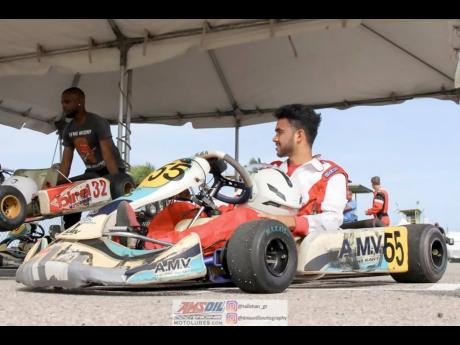 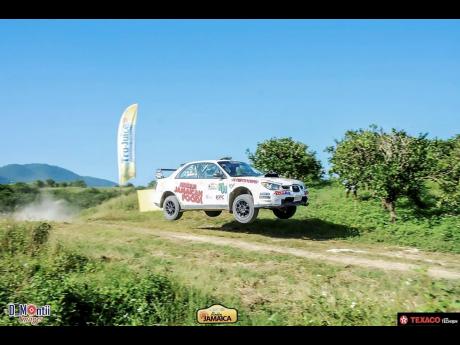 “I have always had a love for anything with an engine that goes fast.” Words from 27-year-old Lee Vaz, racer in dexterity, sprints and rallies. After being introduced to racing by his father, who took him to events and bought him Motocross bikes and remote-control race cars at age seven, Vaz’s official introduction to competitive racing years later would come in a fairly similar way: with the purchase of a fast car.

“In 2015 I bought a stock road Mitsubishi Evolution 7. A good friend, Spencer Whittingham (a racer himself), entered a Dexterity in Bog Walk and influenced me to come out and drive. I won the 4WD class for that event, and at every event I entered during 2015.”

From Rally posters to Rally Trinidad

Vaz decided to end that victorious year with the decision to sell his Evolution and set his sights firmly on buying a budget Rally car. The love for Rallying stems from visits a young Vaz took to Ian Gibson’s (his godfather and a former driver himself) home: “In his games room, [there] was a huge picture of his Peugeot Rally car in the dirt. I thought it was awesome, and over the years I watched drivers like Richard Burns, Colin McRae and Sebastian Loeb. Between this and rally video games, it was one for the bucket list – to be a rally driver, ” Vaz said.

It is, therefore, no surprise that Rally remains his favourite: “With Rally, there are multiple stages, change of gravel surfaces, camber changes of roads, inclines and declines, jumps and dips. Conditions and road surfaces change in the blink of an eye with Rally, and that’s exciting. Sliding sideways full throttle – it doesn’t get more fun than that,” he said.

Since the decision to turn his focus on the racing category at the end of 2015, Vaz has seen significant success in Rally, finishing third in 2017 Rally Jamaica and second the following year. Despite not having the ideal finish in Rally Trinidad this year, Vaz still described the event as an “awesome experience”. “It did not pan out how we hoped; however, it did not stop us from making it to the end, against all odds. On Friday night (day one), we were sharing second place with Kyle Gregg. On day two, the left rear suspension dismounted from the shock tower in the third stage of the day, and despite that, we were having the third-fastest time on that stage. At that point, the goal was to make it to the end of the day two.”

Unfortunately, Vaz and his co-driver, Andrew Grahame, ran into more trouble, losing two newly installed OEM shocks by the second stage on day three. Later on the same day the right front shock and left front shock fluid on the Subaru Impreza STI leaked out and seized shocks, followed by the loss of the left front ball-joint, which took the team out of the Rally.

“We were presented a trophy, ‘Spirit of Rallying’, which had not been given out in two years, for our determination, resilience and sheer willpower to keep going, no matter what. We did Jamaica proud by finishing the event.”

Working with and around challenges towards Rally Jamaica

It’s undeniable that Vaz has had significant success since starting competitive racing only four years ago. However, the young racer has also faced some notable challenges – challenges that he is still working around. Along with the common strain of making a budget stretch to accommodate consistent competition and the need for mechanical upkeep, Vaz also experiences an issue with acquiring ample seat time overall.

“Seat time is experience. Most of our experience has been on race day. Also, the stages and how to respond to surface changes have been new to us. Testing and practising isn’t only about seat time but also helps to improve reliability and performance – maybe not by horsepower or torque but by changes and settings to the car that improve drivability and the ability for the car to survive each stage,” Vaz said.

He generally takes a positive approach to manoeuvring around the challenges as well as to the competition. “As Rally has been new to me, I have a lot to learn and lots of improvements for the car. I don’t stress or feel pressure no matter the position in standing. I just drive to improve my fastest times and make it to the end,” Vaz said.

Currently, he and Team Streetz Dexterity are focused on rebuilding the Rally car for Rally Jamaica 2019, where Vaz aims to take the gold.