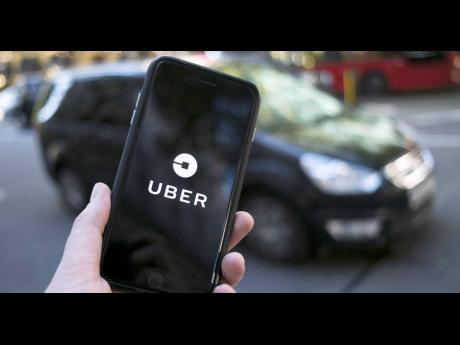 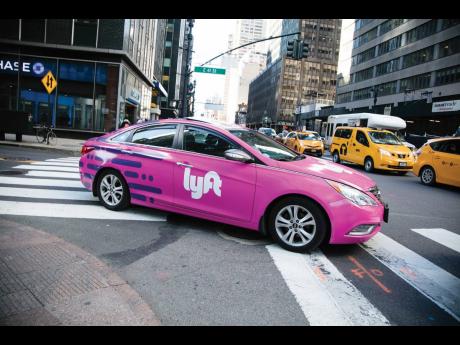 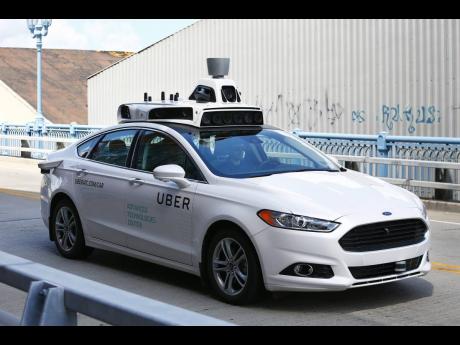 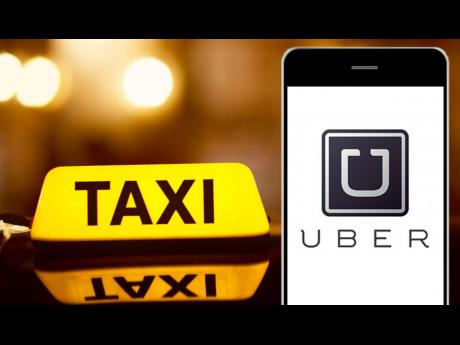 It Is second nature: When your Uber or Lyft pulls up, you hop in the back seat.

Sure, you check that the licence plate and driver photo match what is on the app. But should you also pull out hand sanitiser and sit up front to be safer?

Maybe you should, research shows.

Concerns about cleanliness and the dangers of sitting in the back could give you pause the next time your ride rolls up to the curb.

Experts say that riding in the back seat of a ride-hailing vehicle is germier than a toilet seat and potentially more dangerous than sitting in front.

As millions of Americans embrace ride-hailing apps – and Uber gets ready to become a publicly traded company – the health and safety risks of back-seat riding are becoming clearer.

According to a study by insurance company Netquote, the average rideshare vehicle has about 219 times as many germs as the average taxi, which is cleaned regularly.

Chung, a Philadelphia-area resident, was visiting Cleveland on a business trip this month when he hopped into the back seat and discovered fingernail clippings and questionable residue.

“I try not to touch too much, but what are you going to do?” he said, adding that he often feels like he doesn’t have viable alternative options.

The most germs on rideshare vehicles are on the window buttons and seat belts, according to the Netquote study. Door handles aren’t as bad, though they’re still far worse than door handles in personal vehicles.

The Netquote study only examined three rideshare vehicles, three taxis, and three rental cars, meaning, it’s not a scientific examination of the issue.

Erica Hartmann, Northwestern University assistant professor of civil and environmental engineering who has studied microbial issues in transportation, said it’s no surprise that rideshare vehicles are havens for bacteria.

“We carry our bacteria with us everywhere we go,” she said. “So it makes sense that the places where there are humans, there are also going to be bacteria. It’s just a fact of life.”

Many of the bacteria are likely to be harmless to humans, she said. However, taking a ride with a stranger who’s sick in a rideshare could expose you to illness, she said.

“Drivers are very aware of damage and visible dirt, but I don’t think many are thinking about germs,” said Harry Campbell, founder of TheRideshareGuy.com and author of The Rideshare Guide.

“Drivers should strive to regularly clean and vacuum their vehicle,” said Brian Sansoni, senior vice president of communications, outreach and membership for the organisation. “Consider using a fabric refresher or air sanitiser ... Riders can bring along a hand sanitiser or hand wipes if they’re worried about touching too many surfaces.”

Beyond hygiene, rear-seat passengers face other risks that are now emerging in a new analysis.

“I’ve been really surprised that more automakers haven’t adapted vehicles for rideshare use,” he said. “Right now, vehicles are designed for passengers in the front seat.”

For example, coatings supplier PPG is developing an anti-microbial treatment for use in cars and trucks to protect the health of back-seat passengers. The company is examining applications used on fitness- centre equipment that could potentially be applied to surfaces in vehicles.

Ana Wagner, PPG’s global segment director for automotive parts and accessories, said it’s too early to say when the product could come to the market.

“The issue of cleaning surfaces or keeping them clean is something that’s being talked about everywhere,” said Ana Wagner, PPG’s global segment director for automotive parts and accessories. “We’re looking to see what could come with the vehicle.”

The product, dubbed ‘PrecisionCare powered by Clorox Total 360’, uses electrostatic technology and Clorox cleaners to kill common germs that cause illnesses. AutoNation is selling the product at its dealerships and is distributing it to other dealers, repair shops, rental car companies and fleet services through a wholesale network.

Will Uber or Lyft drivers embrace it?

“It’s not something that I think many drivers think about,” said Campbell, the Rideshare Guy. “The good drivers will do basic things like shaking out the mats at the beginning of every day and getting car washes once a week, maybe a vacuum.”

But with the average busy Uber or Lyft driver handling 20 to 30 rides a day, “there’s a lot of unwanted germs,” he said.

Uber spokesman Andrew Hasbun said the company encourages riders to rate their rides and comment on cleanliness. Driver ratings can suffer due to the condition of their vehicles, and they can be removed due to low ratings, according to Uber’s standards.

Chung, the devoted rideshare user who had a grimy Lyft ride in Cleveland, said he was not satisfied with Lyft’s rating system, which did not allow him to flag his ride as dirty.

While germs, in some cases, could just make you sick, vehicle safety is often a matter of life or death.

And sitting in the back seat in a ride-hailing vehicle or any other car could put you at risk.

“We think it’s now time to think about focusing on the rear seat,” said David Harkey, president of IIHS. “There’s the potential that we’re going to have a lot more people riding in rear seats as we move forward and therefore greater risk of injury to rear-seat passengers.”

The problem is that back-seat seatbelts are often poorly engineered, according to IIHS. Those seatbelts lack adequate pre-tensioners to protect passengers, while back-seat passengers could potentially benefit from more airbags, IIHS reported.

Jake Nelson, director of traffic safety advocacy and research for AAA, said IIHS research’s shows “it seems automakers can absolutely solve this issue through better design of their products. I’m hopeful, this new focus by IIHS will prompt such action.”

Still, Nelson said it’s critical for back-seat passengers to wear their seatbelts, even though they may not perform as well as ones in the front.

“Despite the differences uncovered by IIHS, buckling up is still one of the most effective ways to reduce injury and save lives in traffic crashes,” Nelson said in an email.