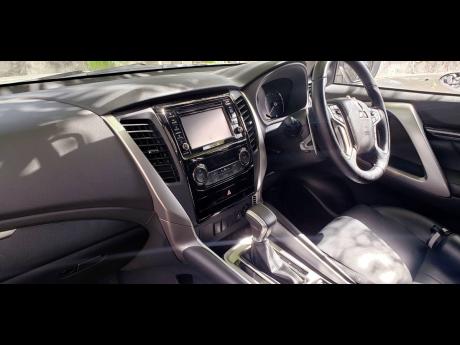 Contributed
With adaptive cruise control, the vehicle maintains a selected distance between itself and the vehicle ahead. 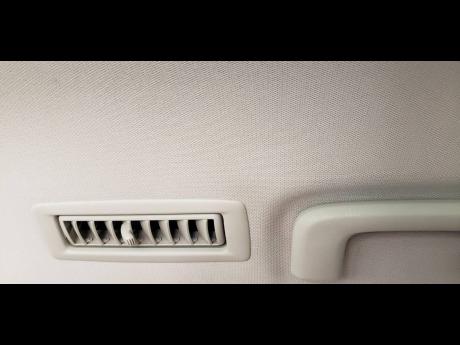 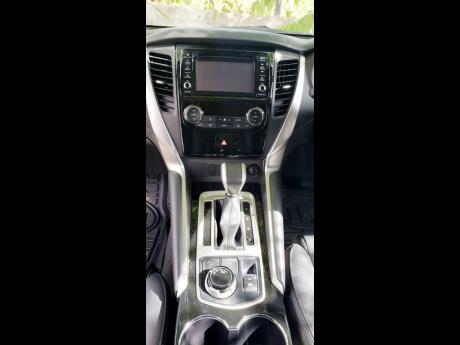 Contributed
The Multi-around Monitor can give a stitched image of the front, rear and side views. 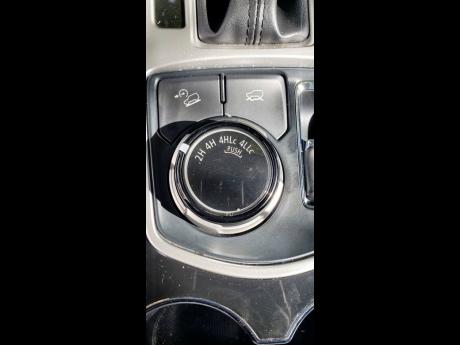 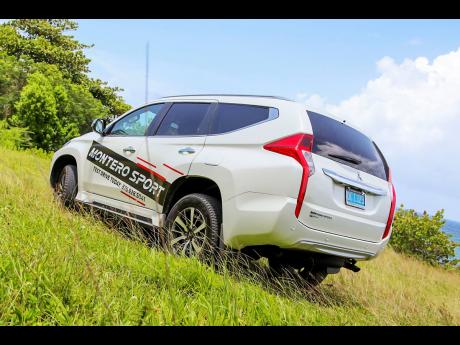 Contributed
Mitsubishi decided to be creative with the rear design of Montero. 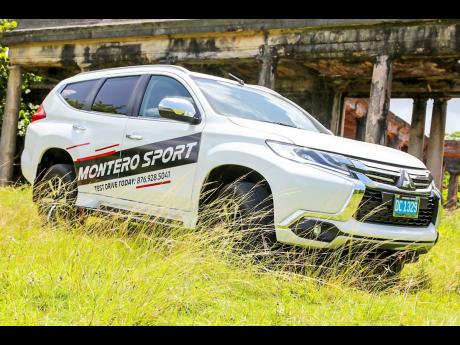 This is a mid-size SUV that has been in Mitsubishi showrooms since 1996, and back then, it was known as the ‘challenger’ in many markets. Built on the platform of the second-generation Pajero, it shared a similar robust silhouette, which was ideal for persons who wanted an all-rounder vehicle.

Though it had many refined elements, it maintained its off-road prowess with independent front suspension and rear leaf suspension, which it kept until the late 2000s.

The second-generation model lasted from 2006 to 2018 and went head to head with the Toyota Fortuner and Chevrolet Trailblazer. Its bulky frame made it a favourite on Jamaican roads as the ground clearance ensured that families could go anywhere there was a path. What was also cool was that it was a proper seven-seater, which was ideal for large families.

Now it has made another architectural change for the third generation – sharper character lines and a protruding nose. In keeping with the current design theme of many automakers, there is uniformity among the Montero Sport, Outlander, and ASX. This is most evident with the front grille that runs straight into the headlights and chrome accents throughout the facia.

It looks very streamlined and chiselled, with distinct lines and a demonstrative stand as it rests on 18” wheels. The most outstanding element is the rear of the vehicle, which shares no resemblance with its predecessor. Firstly, the rear bumper is indistinguishable as the tailgate flows straight to the bottom of the vehicle. There are also the vertically elongated rear combination lamps, which give the vehicle a futuristic look.

The interior of this GLS model boasts black leather seats throughout, complemented by black and chrome accents. Up front, there is a dual climate-control system for front passenger and driver. Around the back, there are roof-mounted vents for both the second- and third-row passengers.

There is also a 6.1” WVGA infotainment system, which can be paired via Bluetooth, as well as playing music via USB, HDMI, or AUX port. The screen doubles as the display for the camera, which is crucial for an SUV this long. To be honest, I’ve never been a big fan of its infotainment system, but it gets the job done.

Mitsubishi did its best not to dilute the Montero’s off-road capabilities by giving it the same options as its stablemate the L200 pickup. The model I tested was the 2.4-litre MIVEC-intercooled turbocharged engine.

Given that this vehicle weighs about 4000lb, this type of engine was the best fit, and what is good is the fact that it is diesel. This means that there is enough power to haul it around without having to constantly go to the gas station. With 317ft-lb of torque, I decided to put six persons inside it to see how it would manage a journey to St Mary. The power came on very rapidly, and less than half a tank of gas took us from Kingston to St Mary and St Thomas, then back to Kingston.

Much like the Pajero and the L200, it has an elaborate 4WD select system, which allows it to tackle multiple types of terrain. However, to make things easier, there is Off Road Mode, which improves traction when the vehicle is in hazardous road conditions. Simply press the button until the appropriate mode is highlighted on the multi-information display, located in the dial cluster. From here, the vehicle’s computer will adjust the engine output, transmission settings, and braking to optimise performance.

There is also some more driver-assist technology, like Hill Start Assist, which prevents the vehicle from rolling backwards when you are starting on a hill. This is very useful when the SUV is on a steep gradient and there is a vehicle close behind.

A feature with the reverse function is Hill Descent Control, which, when activated, applies the brakes to maintain the vehicle’s current speed when travelling downhill at 2-20km/h. This allows the driver to concentrate on steering and travelling downhill with greater safety.

Mitsubishi is trying to make the most of its sensors, especially as it pertains to driver safety. This is most evident with its Forward Collision Mitigation system, which helps to prevent accidents. If a car is too close to the vehicle, it gives off a warning signal, after which it starts to apply the brakes.

Conceptually, something similar is done with the Ultrasonic Misacceleration Mitigation System, which helps to prevent collision when parking.

The Montero Sport is definitely something different from the norm with its rejuvenated look. What’s more impressive is the fact that the company has now incorporated high-tensile steel into the frame. This makes the vehicle stronger and also lighter, which is a major contributing factor to the drive quality.