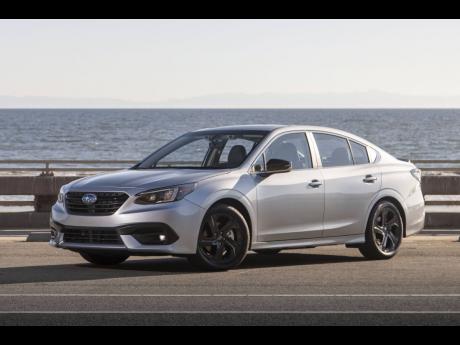 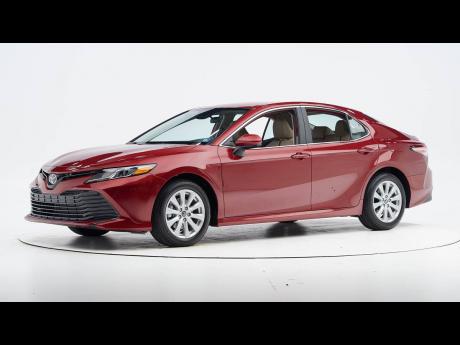 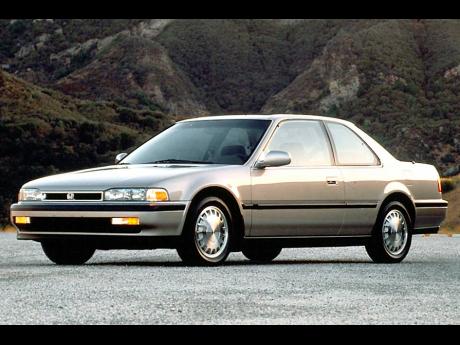 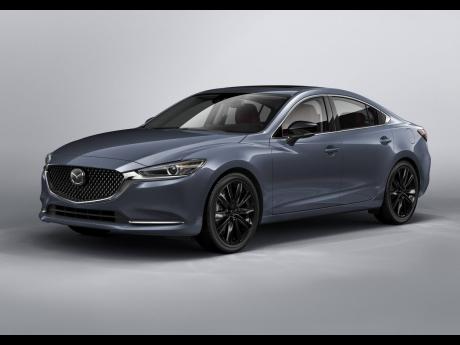 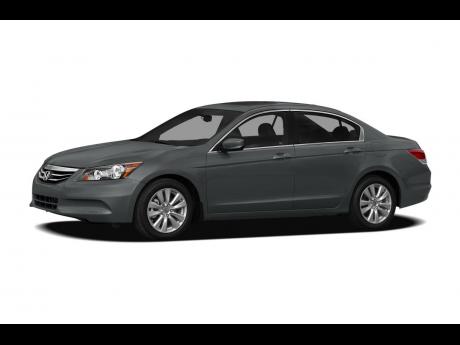 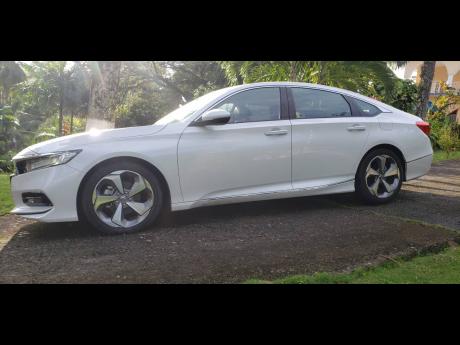 Kareem Latouche
It has adaptive cruise control, which helps you maintain a set following interval behind detected vehicles for highway driving. 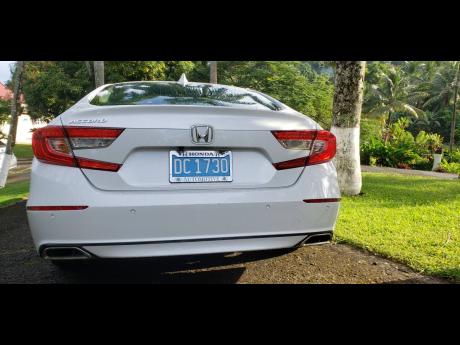 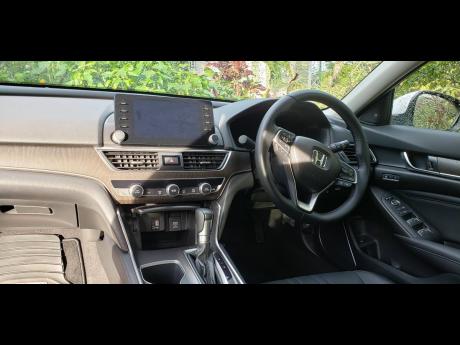 Kareem Latouche
Interior of the 2021 Honda Accord. 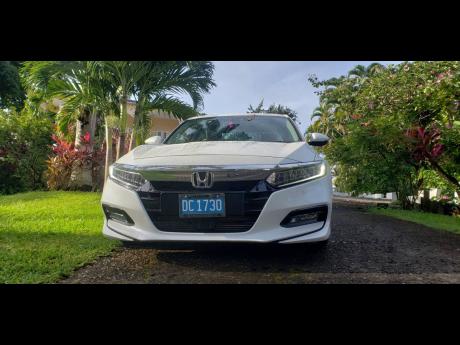 The Honda Accord, which started production in 1976, has steadily grown into the hearts of drivers over the years. In the late ‘90s, before the SUV craze, this was the vehicle for upper management, as it had the space and exuded class.

Currently, in its 10th generation, starting in 2017, the Accord is still fighting the good battle in the shrinking sedan market. This iteration is a bit broader and comes with a longer wheelbase than the previous one.

Up front are multiple LED headlights with a shiny silver plate that runs from one end to the other, bearing the Honda insignia.

The company has gone the route of many other auto manufacturers by sharing a uniform front grille and design language throughout their models. Fortunately for Honda, they have one of the better designs, which looks good on sedans and SUVs.

Around the back, the Accord borrows from its younger sibling the Civic, with the use of a fastback design. This means that the rear C-pillar flows into the tailgate, making the back look like a mixture between a sedan and a hatchback.

Most importantly for drivers, this means there is more cargo space as it now boasts 16.7 cubic feet, along with the ability to fold down the rear seats.

At the base of the vehicle are two exhaust tips that help it to have an overall aggressive look.

AN INTERIOR OF COMFORT

Maybe I have been in too many SUVs of late, but the vehicle feels a bit low when I am sitting in it. Nonetheless, the leather seats are comfortable, and for the driver, there is a 12-way power adjustment system, which includes lengthening the base of the seat. These options are ideal to combat driver fatigue, especially on long trips. There is also a two-position memory setting, which is great if you have to share your vehicle with someone who always changes the position of the seat.

I am extremely utilitarian, so when I saw a wireless charging slot, below the climate control, I was eager to use it. Whenever I am doing reviews, I usually play music through my phone via bluetooth as well as use Google maps if I am going somewhere new. This usually runs down my phone battery if I don’t carry the charging cable. Thankfully, this option resolves the issue, and I was able to reach my destination with a full charge. On that topic, there are over four USB charging outlets, with two designated for rear passengers.

In the middle of the dashboard is an eight-inch display audio touch screen, which allows the user to touch, pinch, and swipe his way through music, directions and more. It can also receive input from the steering-mounted controls, which I believe could be designed a bit more intuitively, where the volume and ‘rewind/forward’ buttons are concerned. For example, I always prefer when the volume is controlled by a toggle rather than two buttons.

As for the sound quality, there is a 180-watt audio system, with eight speakers, that delivers top-quality music. This is enhanced if the driver knows how to adjust the various frequencies, in the settings menu, to fit the genre of music being played.

Around the back, there is legroom of 40.4 inches, which holds its own against the likes of the BMW seven series, and there are retractable visors for privacy.

It comes with a 1.5-litre VTEC turbocharged engine that is tried and tested as the company uses it in several other models such as the Civic and the CRV. Of course, each model is tweaked differently, based on the weight, dimensions, and overall demands of the vehicle.

The CVT transmission is noticeably better each year as it tries to simulate gear shifting and torque distribution. What makes it engaging when driving is the turbo, which gives it that extra ‘umph.’ Gone is that gradual acceleration, for a more rapid response when the pedal is pressed. While driving through St Mary, there were little pockets where I was able to overtake, and it did so with the speed I needed.

Despite the car being close to the ground with low-profile tyres, the ride was surprisingly comfortable even while driving over the potholes in Junction, St Mary. Another standout was how responsive the brakes were as I was able to bring the vehicle to a stop in a rapid manner. This, coupled with the steering accuracy, makes the vehicle feel like it was tuned like a ‘Type-R’ rather than a domestic sedan.

For views and comments email yl.jamaica@gmail.com