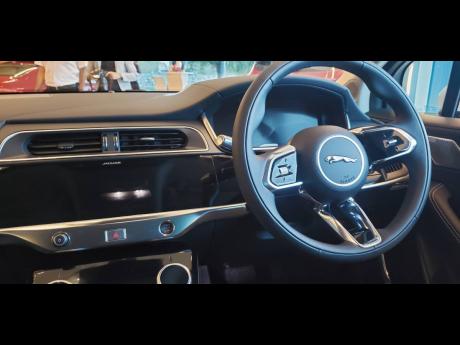 Kareem Latouche
It comes with a touch-sensitive infotainment system that includes a 10.0-inch upper screen and a 5.5-inch lower display, that primarily controls the climate. 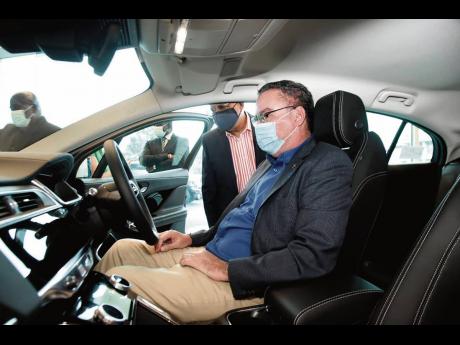 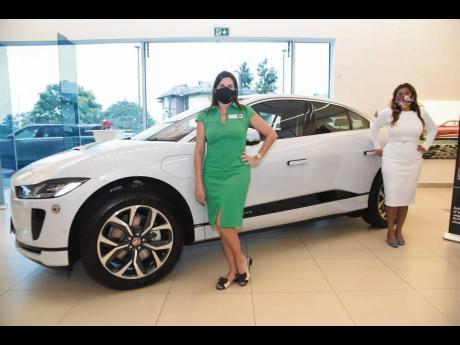 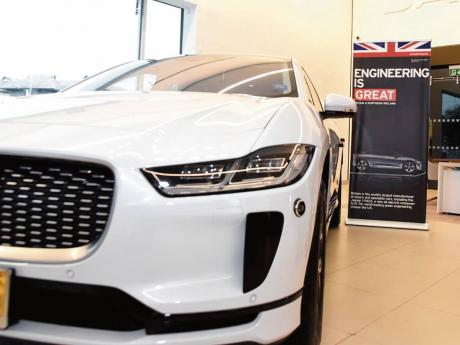 Kareem Latouche
The I-Pace boasts standard all-wheel drive thanks to two electric motors that produce a combined 394 horsepower and 512 pound-feet of torque. 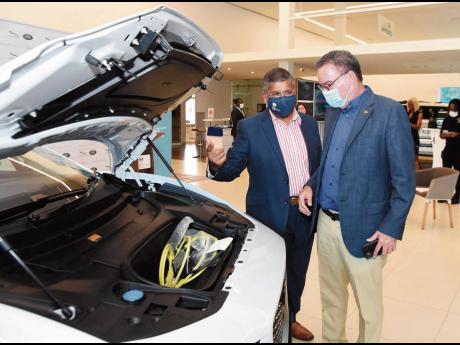 Due to a high carbon footprint, automakers are feverishly seeking to reduce their reliance on fossil fuels, especially in European countries. It is against this backdrop that British High Commissioner to Jamaica Asif Ahmad ordered his fully electric Jaguar I Pace from Stewart’s Auto Group. “One of the beautiful things about this vehicle is that it can take you from Kingston to Negril and back again without needing to be recharged,” he revealed.

With no combustion engine to transfer energy, power is sent immediately to the wheels, which allows the vehicle to deliver 394 horsepower and 512 pound-feet of torque. “The speed on this vehicle is as fast as any other vehicle in the electric range, so power will never be the issue. Plus, the batteries can last up to eight years without needing to be replaced,” Ahmad continued.

The crossover SUV is the first of its kind for Jaguar, and in March of last year, won European Car of the Year. “Speed is not the issue, nor is it distance or reliability. A change in mindset is what we want to accomplish. We want drivers to adapt a new way of transport, which is green and clean,” shared Ahmad.

The I Pace was launched in Jamaica at the Jaguar Land Rover Showroom on April 8, with a small number of guests, in keeping with the Government’s social-protocol measures.

The vehicle reflects the steady growing trend of electric vehicles (EV) in Jamaica, with major support coming from theJamaica Public Service Company, which, in 2019, announced plans to install EV charging stations at select locations across the country.