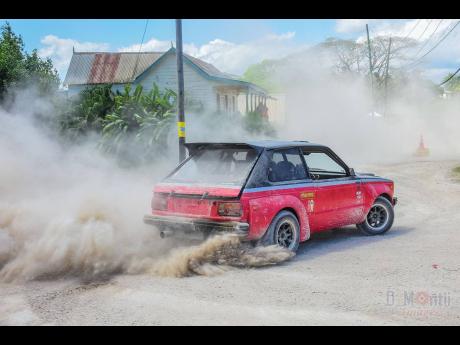 What comes to mind when you see or smell something oozing from the tail pipe of a motor car? “This is poison, I don’t want to inhale that” answered Sophia Dean, defensive driver, educator.

“This vehicle is polluting fresh air,” she adds. That could be carbon monoxide, a poisonous gas which is colourless, odourless, tasteless and lethal. This gas is produced by the engines of vehicles. The MacMillan dictionary describes carbon monoxide poisoning as a serious condition leading quickly to death. In which so much carbon monoxide is inhaled in that the blood cannot carry oxygen around the body.

“Carbon monoxide poison can be deadly” say Dr Hame Persaud. “…Because it is a gas that does not have an odour, one can be affected without even knowing it.” According to Persaud, this gas can make you sleepy, and early symptoms include dizziness, yawning and stomach upset.

“Carbon monoxide is a gas given off from a car’s exhaust system,” says Hopeton Forrest, auto mechanic. “It may seep into a car if there are holes in the exhaust system; your car may take in the gas from cars in a traffic jam; and it may build up when the engine is running in closed spaces such as a garage.”

A story was told of a test carried out on cars to determine the volume of carbon monoxide within the interior of a number of vehicles. Each car was tested on a large parking lot by placing a long hose inside the car’s engine compartment and trunk. The hose was attached to a sensitive instrument in a nearby office which drew the air from the car and recorded the exact amount of carbon monoxide in each location. When the hose was placed near the manifold, the concentration of gas was so strong that the graph on the testing instrument jumped beyond its limits. This is a maximum reading of 1,500 parts of carbon monoxide to 1, 000,000 parts of air.

On careful examination, the gasket had been blown between the exhaust pipe and the manifold. “When inhaled, carbon monoxide is taken up by the haemoglobin. This is that part of the blood stream whose normal function is to carry oxygen. This haemoglobin has an affinity for carbon monoxide about 300 times greater than for oxygen . Therefore, the absorption of the poisonous gas is quite rapid.

Carbon monoxide can easily leak into a car even when you are travelling down a highway slowly. The fact is, the wind pressure forces the gas right into the car, through the firewall. The firewall is then pierced with numerous holes which are necessary to allow passage of the steering column, brake and gas pedal and a maze of hoses, wires and cables. Rubber can shrink with age and allow any amount of gas to escape.

It is important to remember that the exhaust system needs constant attention. It must be noted that, if one suspects carbon monoxide poisoning, he should get a supply of fresh air immediately.

1. Have the exhaust system checked regularly to ensure there is no leak.

2. Do not idle the motor or drive with all the windows closed.

3. Do not warm up the motor while the car is in a closed garage