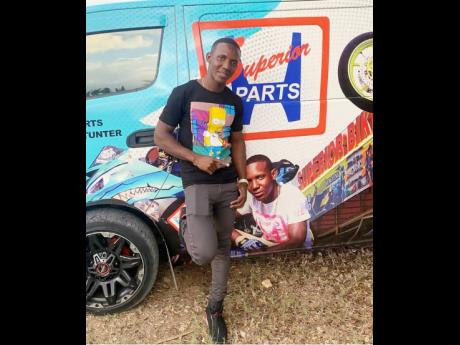 Contributed
Daylight in front of the Superior van. 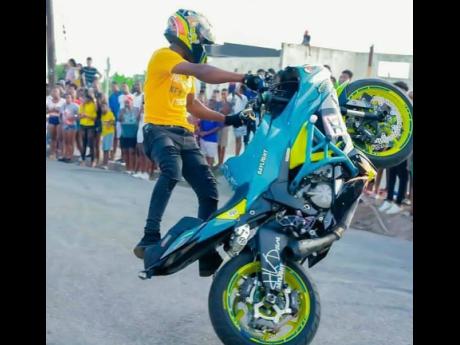 Contributed
Daylight doing something to excite the crowd. 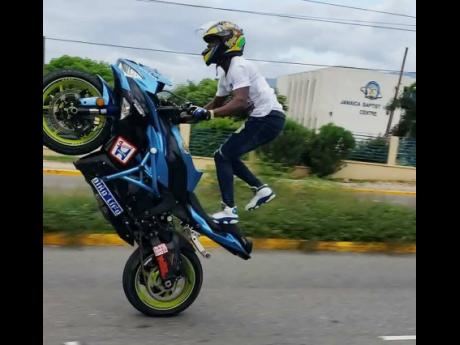 Stunt riding has been a regular source of entertainment for Jamaicans over the years, and, despite the negative connotations attached to the sport, stunt riders are still devoting their time to master the skill of bike stunts. They are also gaining awards and recognition because of their representation and contribution to the development of their art.

Barrington ‘Daylight’ Heslop, who is a prominent rider in Jamaica, stated that family members mainly influenced his passion for stunt riding.

“Well, I’m one of Jamaica’s best stunt riders. However, this achievement did not happen overnight, as I grew up seeing my father engaging in stunt riding and others in my family. So that influenced my interest in this sport.”

However, he added that, though he was from a family of stunt riders, all the skills he now has were self-taught.

“So, my older brother was a stunt rider, but he didn’t teach me how to ride. So I had to watch him, then I practised until mi come badda than him.”

He added that, though he has been a stunt rider for five years; he ensures he practises all the safety precautions related to this sport and therefore implores other bike riders to do the same.

“Motorcyclists should ensure that they have their helmets and gloves at all times, and also their knee guard and elbow guard.”

A bike stunt may be seen as a form of enjoyment for some and it may seem risky and scary for others, because of the repercussions that doing stunts can have on a motorcyclist. Heslop reported that he has really captured the interest of persons whenever he does stunts at bookings or bike shows.

“If I’m at a show and doing a stunt, all who nuh like bike, just like how me stunt and waant fi be like me, or from dem see mi stunt, they want a ride on the bike.”

When asked what the benefits are of being a stunt rider, he added that he has received rewards and remuneration.

“Yes man, I have won awards, won competitions, money, got invited to perform at bike shows. I also won the title of being a Superior bike rider. Basically, every bike show that I have attended that involves an award, I won them.”

Despite the stigma attached to this sport, he emphasised that something positive and beneficial can be obtained from it once you are careful when riding.

“Me nuh believe in speeding, mi believe innah stunt riding. Stunt riding is better than speeding because speeding is riskier. So, when you a stunt and you drop, nothing much nuh do you cause you not going fast.”

He added that, despite coming from a family of stunt riders, if this were not his profession, he would be a race car driver.

Additionally, he feels a sense of pride and joy in being a stunt rider, because he gets to represent his country.

“I am proud to be a stunt rider because I get to represent my island Jamaica both locally and internationally.”