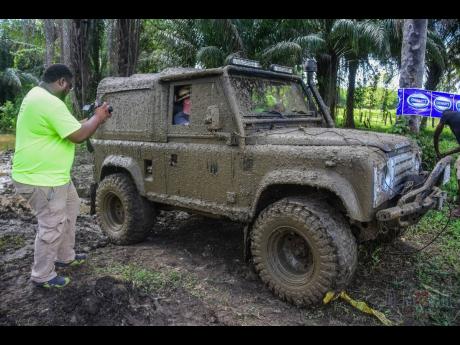 DMONTii
March going the extra mile to get his shot. 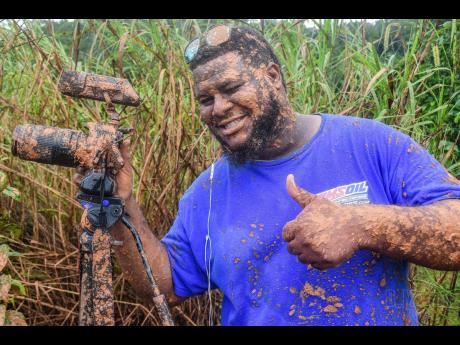 DMONTii
At this even March got totally ‘mud up’. 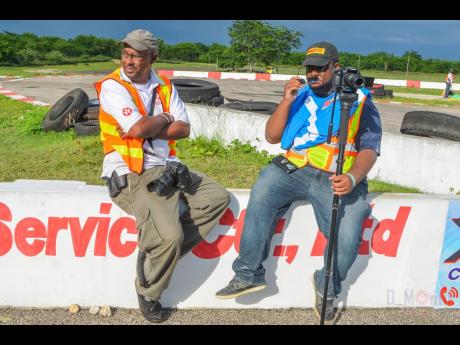 March (right) and Donovan Montague taking a quick rest, at a racing track. 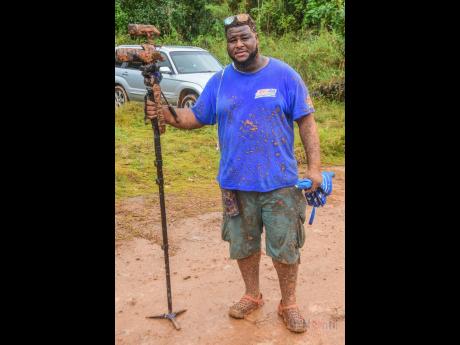 DMONTii
March at an off road event. 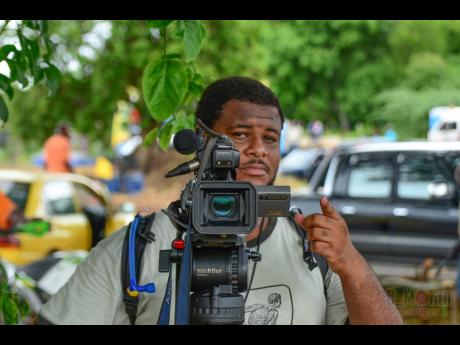 DMONTii
Staying behind the lens is what March loves best.
1
2
3
4
5

Mark-Anthony March, the owner of Madd Vision Production, is creative at heart and his multifaceted ability has paved the way for him in the business arena.

March’s passion for motorsport developed because of his parents as he has been going to Dover Raceway since he was in pampers. “Racing is a family sport. It was one of the things I did every year with my relatives. Before COVID-19, my family and I would gather at Christmas and go to Rally Jamaica. Also, my dad was a mechanic and my mother usually organised racing in Montego Bay, so that got me involved in the sport.”

His first encounter on the track came as a surprise because at a young age, he was invited to race. “I did my first dexterity, what we consider drifting, in Jamaica, at age 14, and I caught the eye of a racetrack owner, who jokingly said to me whenever I'm ready I should come to the track. When I turned 18, I went to the track, did a test, and was successful, so I was granted a race car.”

He added that he was racing and organising events at the same time at Spot Valley Raceway in Montego Bay under the guidance of Baile Lee, who was the track owner. “I raced because of my love for the sport. It wasn't because of the hype or about the fame that came with it or about girls.”

In 2008, he started racing part time, but work got in the way, along with other responsibilities. “Racing is a very expensive sport, but the way I go about doing it is at the grass-roots level, so I just test my driving skills using a time course. Streetcars can also be used as the primary aim is to have fun.”

However, he didn’t only devote his time to motorsport, but film production was also an interest. “Film was a love of mine, and I started at the end of seventh grade because of the United Nations Children Fund. At the end of the eighth grade, I started teaching it at a health centre to students from other schools in Montego Bay.”

Additionally, he did summer jobs and bought his first camera and computer. “My parents also sent me to the United States to do a film programme,” he added.

“When I started racing, no one was filming, so due to that, I literally have only one video of myself out of the years I've raced, and that was taken by someone with a camera phone. We have a lot of photographers, but very few persons filming, so I decided that since I cannot race full time, it's best I help to document the memories and experience for most persons,” he explained.

He stated that there are a lot of drivers who look out for the video each time they have a race and many people in the diaspora also take pride in this initiative. “I do comprehensive highlights, so if you go to Dover, I record bike and car events and also interview individuals.”

March mentioned that filming has its ups and downs, but he tries to stay positive. “I always tell myself that anytime filming starts to feel like a job I will stop, and it hasn't yet felt that way. There are times where it feels like my work gets unappreciated and overlooked, but when that happens, I tend to just remind myself why I started.”

He further added that he has his own business, but what makes it thrive is the fact that it's centred around motorsports. “Some of my clients who are involved in that industry would ask me to make a commercial for them, and apart from that, I do documentaries and mini-movies. Basically, anything that is visual, I can do it.”

“As it stands, I do have a few corporate clients, but I do a lot of web shows. One of the productions I did was with the owner of a barbershop. It was centred around the issue of mental health in men, and this came about during COVID-19, and it has been doing pretty well and has garnered a huge online presence,” he highlighted.

When asked what motivated him to start his own business, he credits his parents’ hard work and their ability to have many sources of income. “They had a nine to five, their own business on the side, and they also had a taxi on the road, so I adopted that hustling mentality.”

He informed Automotives that having a business can get tedious, but what keeps him going is his passion to create “I like to see the emotion that is evoked from someone who watches a piece that I do.”

His message to aspiring film-makers is to create. “It's a gift to be creative, so no matter how small your project may be, someone will be interested. Also, find a mentor to guide you, and don't listen to naysayers. When it gets hard, just keep pushing through because the sky's the limit.”