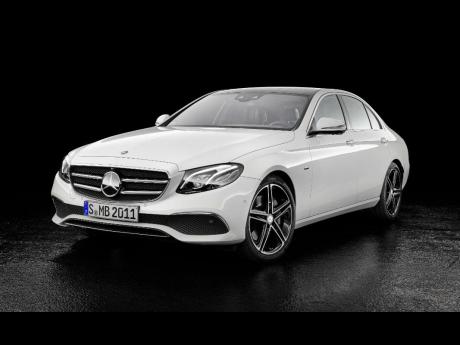 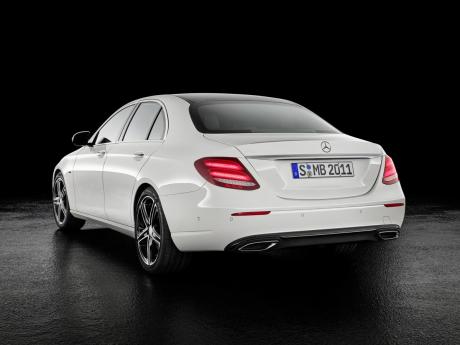 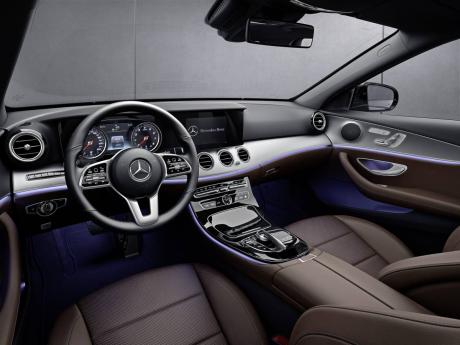 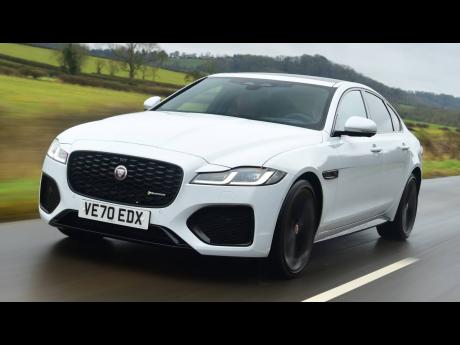 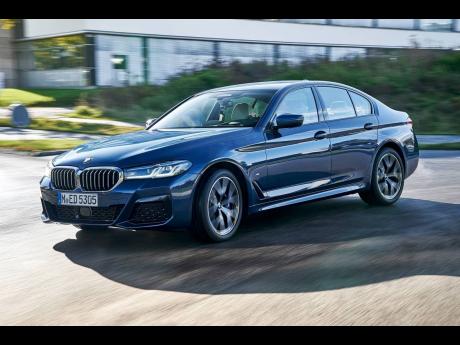 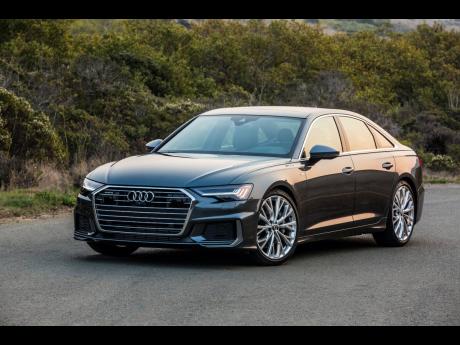 The E-Class was first created in the 1960s to move Mercedes-Benz into the upper tiers of automotive luxury. In 1993, the vehicle gained its important moniker, E-Class, and cemented itself in the company’s vehicular offerings. It eventually moved on to be the best-selling Mercedes-Benz to date, with over 13 million units, favoured by its size and legendary durability.

At this point in time it would be easy to write off the 2020 Mercedes-Benz E200 as just another sedan trapped by its history, but having just claimed the 2021 Motor Trend Car of the Year award, to paraphrase the magazine, the E-Class re-establishes the three-pointed star as the symbol of luxury.

The 2020 E200 seamlessly combines the refinement of old-world opulence to modern, even futuristic, interpretations of affluence. Outside, the E200’s sleek lines follow the classic luxury sedans of yesteryear with a long bonnet and short trunk, highlighted by smooth curves, to create a timeless shape that appeals to both young and old. There’s nothing innately tying the vehicle to a specific year other than the iconic badge on its front grille.

Behind that grille and under that lengthy bonnet is modernity itself. There was a time when fewer than six cylinders would have been scoffed at in a car of the E-class’s ilk.

The needs of the new generation reside firmly in the abilities of the turbocharged 2-litre four-cylinder motor that drives the rear wheels of the E200. The latter has not been changed but instead retained to offer up the driving dynamics a luxury sedan should have. The power is relentless, pulling the car on demand effortlessly to highway speeds while operating invisibly and efficiently at low speeds. The nine-speed transmission shifts just as innocuously and is never caught off guard by the demands of the right foot of its driver.

Matching this ability is the suspension. The car is always soft and comfortable for all passengers regardless of its velocity. Potholes are soaked up, acknowledged by the wheels, but never transmitted to occupants. Yet the E200 is only inert when cruising along in anything but the sport modes. For the playful driver, the Mercedes-Benz never falters, showing its athletic side on demand. The luxurious ride never deteriorates into sloppiness, sending enough feedback to the driver to communicate the thrill of control. Switching to sport mode or manual shifting raises the interaction beyond the outdated tropes of a luxury sedan. This isn’t the floaty luxury barge from a generation past. The E200 accelerates, grips, and stops even beyond its modern expectations. For the older driver. it’s like replaying their youthful vigour while the younger driver is able to indulge their innate enthusiasm.

While luxury has evolved, there are still base elements that must be adhered to. The sense of extravagance begins with the Mercedes-Benz logo displayed on the ground upon entrance. The cockpit is as well appointed as it is well designed. Mirroring the theme on the exterior, the classic luxury materials are woven from the past into a futuristic style. Leather, metals, mixed with metal accents and trims, are used in lavish quantities across all surfaces. In the midst of all this traditional style is the Mercedes-Benz User Experience (MBUX) providing the control via touch or voice run from a large, clear, central screen. Sweep a finger over the steering wheel mounted buttons or the multigesture touchpad to access a near infinite number of options. Otherwise speak the words ‘Hey Mercedes!’ to activate the voice controls.

However, the real luxuries are space, peace, and lack of effort. The E200 has no shortage of cabin space. All can travel in serenity no matter the speed, which is complimented by the wonderful audio out of the Burmester stereo system. Passenger comfort is further enhanced by finer items like dual-zone climate control and 64-colour ambient lighting to name a few. Automation eases vehicle operation from entrance to exit. The Mercedes-Benz keeps track of user preferences that can be accessed so that at the press of a button, the front seats automatically return to their driver-selected perfect position. Headlights, windshield wipers, all disappear into the background, operating as needed. If it is not automated, then it is powered like the trunk, which has a kick-to-open function in case hands aren’t at the ready to open it. Even driving, the cruise control maintains the set speed and distance, slowing when necessary to match the traffic ahead.

The E200 is a car that is relaxing to drive and easy to operate. These are the key elements in automotive luxury ensuring that each vehicle does its forbearers well.