Motorsports causing Troy Bernard to venture into other industries 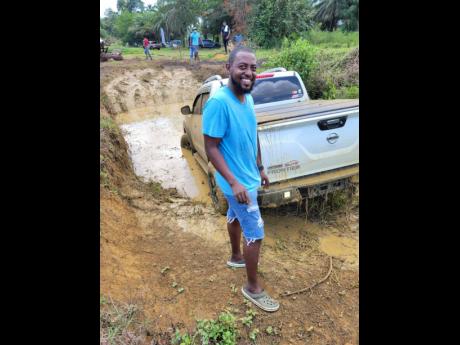 Jamaicans have always loved and supported motor racing; this was especially because family members played a huge role in influencing each other’s interest in the sports. Troy Bernard, racer and founder of the concept Off Roading on the Farm (OROTF), is no exception as his involvement in the sports developed because of a close relative. “Growing up, my dad used to take me to Moreland and a lot of dirt events. So this got me interested in motor racing and resulted in me being in this industry for over 20 years.”

Like many other racers, Bernard recalls his experience as exceptional, because it has caused him to expand his horizons. “My experience while racing has been great, because I’ve gotten a lot of exposure and it has allowed me to expand from motorsport to hosting my race events.”

However, he argued that, during his first encounter in racing, he got cold feet, as he didn’t have enough experience. But over time he became comfortable. “I got scared at my first Rally Jamaica event, but, once I drove and got more practice, it became natural.”

Bernard highlighted that, during his tenure of racing, he has adopted a lot of driving lessons, such as making his safety a priority and completing a race meet. “The best takeaway from motorsport is to always finish what you start, drive safely, and stay focused.”

He urges upcoming racers to train on tracks suitable for motor racing, because it is safer and they are better able to manoeuvre their vehicle. “For young persons who are interested in the sport, I want to tell them not to practise on the main roads, but to get proper training, because we have platforms like the IV45 and the regular dream cars, and they can enter dexterity, because it helps them to learn better car control.”

Balancing being a racer and navigator

Bernard reported to Automotives that the concept of OROTF is popular around the world, but he introduced it to Jamaica because it was a unique form of motor racing. It had a myriad of levels for drivers to explore and enjoy. “OROTF is a new genre of motor sports. It’s about obstacles, like four-wheel-drive vehicles going up through steps, rock, and mud. Thus, it’s not your everyday driving but has other purposes.”

He mentioned that his experience in the motorsport industry helped him to adapt and also handle any challenges he might face while racing. “I grew up in the car industry, so I learned how to fix motor vehicles and, if I was on the track and something got broken, I could do a quick repair and continue racing.”

Like a Jack of all trades, Bernard has also been a navigator. He describes it as different from racing, yet entertaining. “Being a navigator is quite fun. It teaches balance because you’re driving but not around the steering. The driver now has to trust in you for the next junction. So where to go, how far to go, and what to look out for.”

When asked if he ever felt like giving up because his responsibilities were too great, he reported that motorsport takes commitment and dedication. “Motorsport is not a sport that you take an escape from. It requires passion so, though you have to put your family life in front, you have to do something that you love. As a result, it just might take an extra time to tighten a bolt or put more focus on your vehicle.”