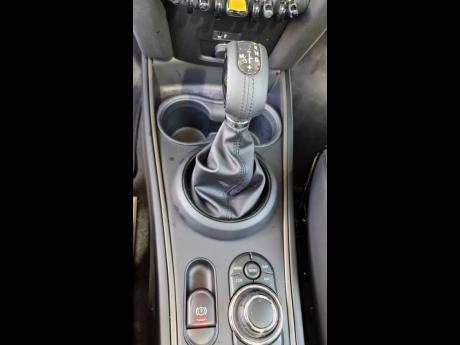 Kareem Latouche
It has a top speed of 196 km/h. 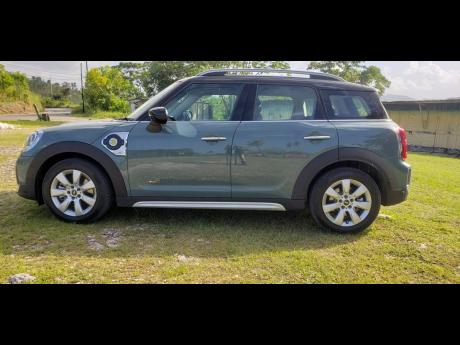 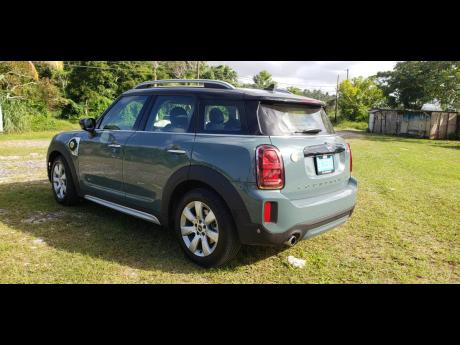 Kareem Latouche
The Countryman has an electric range of 47 – 50 km. 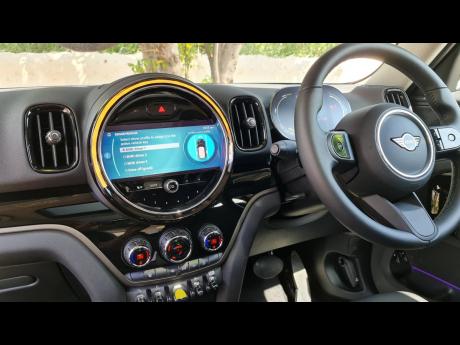 There are only two cars that have a silhouette that was quirky when unveiled and became cultural icons: Mini and VW Beetle. Both lived up to their names, as the Beetle, shaped like its namesake animal, and the Mini were very small vehicles, with dimensions that were similar to a gokart.

The original Mini, in 1959, was a two-door subcompact car that had an engine that was less than 1000cc and weighed under 1500lbs. For comparison sake, what the Honda Fit and Toyota Vitz is to our era is what the Mini was in the ‘60s.

They were small vehicles that could easily navigate cities, while using little gas, which appealed to a growing culture that favoured a minimalist lifestyle.

Fast-forward 50 decades and Mini went to the lab, once more, to see if it could produce magic again. In 2010, under the BMW umbrella, the brand decided to enter the subcompact luxury SUV market. Dimension-wise, it is still a bit smaller than most of its competition.

With a strong bloodline to its ancestors, the exterior of this vehicle is unmistakably ‘Mini’, with the clamshell bonnet, slightly protruding wheel arches and the optical illusion of looking small. Not one to follow the trend, the Countryman stays away from many of the angular design patterns used on modern vehicles. Instead, curves are used throughout, for example, the circular headlights are stretched horizontally with a pronounced chrome outline. As for the side mirrors, the conical frame is deep and resembles a tea cup as it sits on the door and not the window.

The vehicle comes in a two-tone colour scheme with the top half being black, and roof rails are fitted on the top to help with carrying extra luggage.

Still has the thrill

Everytime I enter a Mini, I am still in awe as the teenager in me gets excited. The layout is very playful and nostalgic. There is a huge circular outline on the center console, which houses the 6.5-inch infotainment screen, and if you are accustomed to using BMW iDrive, you shouldn’t have many problems navigating the items. The challenge comes when you are trying to understand how the different options are layered. This will take some getting used to as each item reads like a book with chapters.

The air vents are rotated, when compared to traditional ones, as they are placed vertically in the dashboard. Looking around the interior, it is clear that the designers were given a green light to unleash their creativity. The interior door handles are circular, with half of them cut out and the other half having the buttons to open and close the doors. The uniqueness continues to the centre console, where there are toggles, like those in a plane, to start the engine and activate the different drive modes.

Enough of the child-like amusement. There are bucket-type seats for front occupants, and they have nice bolsters to keep persons in place. By the look of things, it does favour a more medium or slender frame if the driver expects to be totally comfortable. Nonetheless, with the multidirectional seat controls, I was able to find an ideal driving position.

Around the back is ideal for two adults, but can fit three, and there is also a designated sunroof. Where its trunk is concerned, it has a respectable 17.2 cubic feet of cargo space. This was also achieved due to the fact that there is no spare tyre, which is a common trend with many new vehicles, and the concept is one that I am not comfortable with. This model comes with run-flat tyres that can absorb potholes better than average tyres, but I’m still a traditional guy where this topic is concerned.

It is hard not to want to drive this vehicle fast. There are no two ways about it. It iss a crossover, meaning that it is built on the chassis of a car, and very few automakers have been able to capture proportional weight distribution like the Mini. Unfortunately, it is not as agile as the Coope, where corners are concerned, but it does put out 224hp and gets to 100km/s in 6.8 seconds.

Mini is a unique vehicle for a niche market, so it is really hard to compare it to anything else. It is filled with all the new technology to keep up with the current vehicles, but more importantly, it stays true to its roots.

The starting price is $9.5 million.