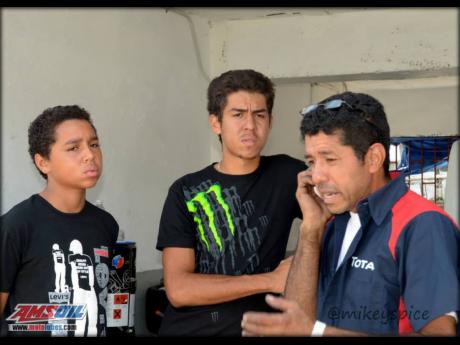 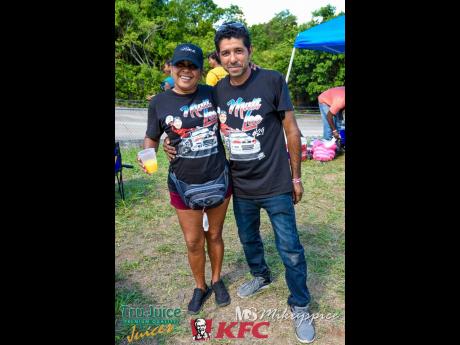 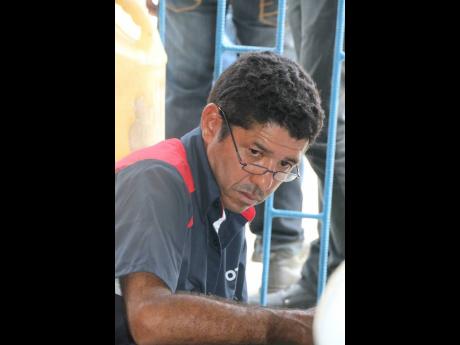 Paul Lee, the owner of the family-oriented business, Paul and Lisa Racing, fell in love with motor racing at a tender age, when he witnessed racers on the track. “From the former days of Vernamfield, when circuit racing was happening, I would watch, as a child, and see the cars racing around the track,” Lee shared.

Though Lee couldn’t afford to race at the time and his parents weren’t into the sport, he would still go to the race meets whenever racing was happening. “Then in my late teens to the very early 20s, I started karting. I did very well with that, then I stopped racing karts when my children were born, but my wife Lisa and I still went to watch events any time we could.”

Lee shared that he then opted to repair the car so that his wife could race. “She did well for a couple of years until it got too expensive and we stopped racing again. We began to focus on the garage and on helping other people to build their teams and build their cars. We also won a couple championships with people,” he said.

His experience racing and building vehicles

He highlighted that for most of his career, though he raced, his focus was mostly karts. “I think I enjoyed putting the cars together and building the engines. It gave me a better feeling than actually driving the car. To see the creation that I did winning a championship was fulfilling.”

Lee mentioned that when his wife used to race, he would share the same car with her occasionally. He said, “Sometimes when she was racing at Dover, she would say why don’t you use the car and run the modified production class now and then, instead of right throughout the year. So I would just use that opportunity to get a feel of the car and make sure it’s running properly.”

“We were doing a lot of work to the car although we couldn’t afford a lot of the high performance parts for it and I built a lot of the stuff by hand. I did the suspension work, so I would get a feel of how the car was functioning and correct whatever needed to be fixed. Then Lisa would drive the car and say it felt much better.”

While Lee took part in kart racing, he mentioned that he ran sprints with the Jamaica Millenium Motoring Club. So he did tarmac sprints with the car in various locations around the island. “One car can have two drivers during a sprint, and in those days our class was called JA2. So I would lead the championship for the tarmac rally from the beginning of the year towards the middle of the year, and the other half of the season would be gravel or dirt,” he explained.

However, despite the many experiences he has had with racing, he still loved developing cars to get it better. “I would use a lot of my driving experience, because karting is a very serious teacher of driving. It’s not a very forgiving machine, so once you can drive a kart you can do very well with a car because a kart doesn’t forgive you for mistakes,” he revealed.

“I enjoy building things such as developing the engine to let it run better, fixing the chassis of the car to let it flex less, and doing the different suspension set- up. I like to take a car and make it 10 times greater than when it came out of the factory.”

Lee also used his spare time to do woodwork, such as building furniture pieces. “I just like to make things and I have some woodworking tools that are very relaxing for me. I build tables and I’m supposed to work on some chairs.”

Lee shared that before he got involved with Subarus, he and Lisa tried a different trade when they got married. “At one stage of the game, what we were doing, to help fund my karting habits, was installing stereos and alarms and we would use a portion of the money to supplement racing and the rest to take care of our children.”

He also mentioned that during that period, the Subaru was doing rallies and they were performing well. “It was a very odd car, because few people knew about them, but I took an interest in them because I always liked them,” he shared.

“So at that time a customer of ours, that we were installing a stereo for, brought a Subaru WRX to our garage. I liked the platform and the way it was built up, so we played around with the engine and then, another customer brought a newer version for us to experiment with.”

Lee shared that they tried to get it faster, but during that time he understood little about how tuning worked and what to use on the vehicle. “I was more aware of Honda during that time, but I wanted to get into Subaru. Eventually, we got the car to run faster, but we also blew up the engine and got that repaired. Eventually, that individual sold the car and migrated.”

Despite that, Subaru was the brand he continued with, “the more the car came into the island, the more people found us to work on their vehicles. But we learnt from there and did our research on the cars. I am still learning about them, because you never know everything. I bought the proper tooling to work on them and eventually got excellent results from them”.

Lee also mentioned that mentoring racers have been very satisfying over the years, but that sometimes it can also be daunting. “There have been times, like in rallying, where I work on cars for people and I know what the car is capable of and the racer does drive it in the best manner. This can get me upset because my competitive nature gets the best of me.”

He also shared that though his teams may not have won the championship all the time, they are usually placed in the top three. “Many of them didn’t drive Subaru, some were Honda or Toyota, but right now I would prefer to focus on the Subaru than any other brand car, because I understand it a lot better.”

He and wife Lisa also head the team their son Matthew Lee races for. “Lisa looks at the logistics. I take care of the technical aspects of the car. So I keep the car running, garner the parts, investigate new technologies that are coming out to deal with certain things for the car, and build everything on it, and Nicholas takes the photograph of the car so we can put it online and promote it,” shared Lee.