PCJ needs a more diligent board 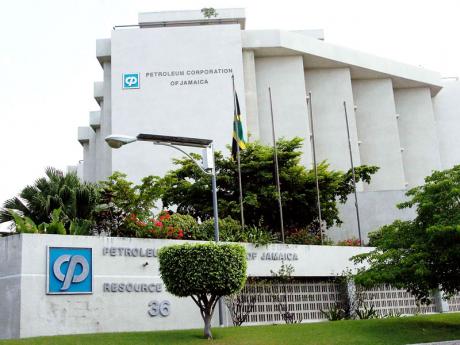 Petroleum Corporation of Jamaica (PCJ) is owned by Jamaica Industrial Development Corporation, according to the Companies Office registry.

The last published accounts were for the year ending March 2013, from which information below is drawn.

It also co-owns Petrojam Limited (51 per cent) - which is involved in the purchase and refining of crude oil and sale of petroleum products; and Jamaica Aircraft Refueling Services Limited (49 per cent partner AirBP Amoco), involved in the sale of aviation fuel, etc, in Kingston and Montego Bay - loss US$1.3 million.

PCJ is a large, complex and nationally valuable company with flat sales of $162 billion from which it made an after-tax profit of $2 billion. It has a virtual monopoly power through its subsidiary, Petrojam, and so should always be profitable.

This column thanks PCJ for sending in its published accounts.

The group accounts for the year, to March 2013, were not signed off by auditors PricewaterhouseCoopers until April 2014 - more than 12 months after the year end.

Its major subsidiary, Petrojam, is even more lax and shows on its website its latest accounts are for 2011.

This is much too long a period. In fact the delays are frightening. Delays like this challenge the commitment of the group to be accountable and transparent.

An acceptable period from financial year end to publication of audited accounts should not exceed 90 days.

Chairman Cargill and his board should demand better performance from PCJ's financial management as the board is open to criticism for allowing the company to operate slackly.

The March 2014 group audited accounts should have been published by the end of June 2014. Board and management compensation should be reduced/retired if accounts to the public do not come out on time.

PCJ receivables have grown by 85 per cent after a bad debt provision of $257 million. The accounts do not readily identify the borrowers that caused this large provision, although PCJ provided for almost $100 million lent to the Rural Electrification Programme (REP). REP never made a single repayment.

Receivables from subsidiary Petrojam went up 70 per cent, unsurprising for a company that has not put accounts on its website accounts after 2011. Some $86 million was owed by the Ministry of Science Technology Energy & Mining, plus more from the Office of Utilities Regulation, Bauxite and Alumina Trading Company, E-learning Jamaica Company, Tax Administration Jamaica and Metropolitan Management Transport Holdings.

The CEOs of the companies in the group earned attractive annual financial packages of $11.8 million, $19.3 million, $8.8 million, $7.6 million, and $10.3 million - large salaries by Jamaican standards, but not by international norms.

The board of PCJ and its acting group MD, Winston Watson, allow this cash-cow/rich company to dispense funds in ways that do not seem to be of the greatest value to its owner, the Jamaican taxpayer. For example:

1. Getting involved in the Cuban light bulb issue and being 'billed' $153 million for this mess. PCJ has not paid these bills nor provided for such payment and is presumably contesting the charges.

2. Lending to its own ministry nearly $50 million, a loan that increased from just $11 million a year before. Is this a way of the ministry avoiding budgetary control?

3. Allowing the ministry of Finance not to pay over to PCJ $6.2 billion, being the proceeds from the sale to PDVSA of 49 per cent of Petrojam Ltd. How can the most important ministry be so exploitative with its operations?

4. Lending money to the OUR, the regulator for the energy sector. Surely, this is a conflict of interest. The OUR should clarify.

5. Government appears desperate to suck out funds from PCJ. In 2012, it was required to make a "special financial distribution to the Consolidated Fund", of $246 million, and another $104 million, for year to March 2014. Why does PCJ not pay an annual dividend to the GOJ of say 50 per cent of its after-tax profits?

6. Operating companies in areas that the private sector is competent. What is the rationale for PCJ to own, operate, finance and expand Wigton Wind Farm, when WWF lost $256 million in 2013? Similarly the logic of PCJ operating retail gas stations and LNG depots is difficult to follow. These entities should be privatised ASAP.

7. Perhaps worst of all, PCJ lends large amounts of money to other government companies without, it seems, taking enforceable security to ensure repayment, for example, the $100 million loan to REP, which was not repaid. What security did PCJ take when making the loan? Who at PCJ was sanctioned for this bad lending? What has REP done with the funds?

8. Why are receivables in such a poor state? Receivables have grown by 85 per cent, after a bad debt provision of $257 million. The accounts do not readily show the name of the borrowers that caused this large provision, although PCJ provided for almost $100 million lent to REP. One could conclude that PCJ sees itself as a soft lender, maybe a lender of last resort, to any and all government companies and departments that are short of cash. Proper board control should question this.

9. PCJ has five inactive subsidiaries. Why not liquidate them?

10. The company register now shows that 999 of 1, 000 shares issued in PCJ are owned by "Jamaica Industrial, Development Corporat" and one other share by Garnet Woodham. Acting MD Watson might explain whether this record is current.

This column will watch to see whether the directors of PCJ and its Acting MD can improve the accountability/profitability of PCJ.

The reviewed performance of PCJ does not suggest it enjoys a diligent board.