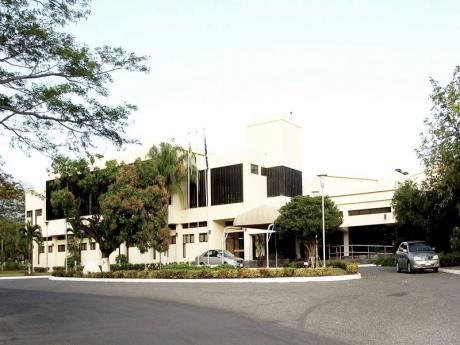 Jamaica has improved its ranking in the World Economic Forum's Global Competitiveness Report, but is one spot short of last place for the effects of crime and violence on business.

In the recently published 2014 index, Jamaica moved up eight places to 86 out of 144 countries.

The new rank places Jamaica alongside Armenia at 85 and Tunisia at 87.

It means that Jamaica has now edged ahead of Trinidad, which moved up three spaces from 92 in 2013 to 89.

The index is broken down into three main factors, with a total of 12 economic pillars. Those pillars are further broken down into several areas, with rankings and a Global Competitiveness Index (GCI) score for each ranging from zero to 7.0.

Switzerland is ranked as the world's most competitive economy, with a GCI score of 5.70, followed by Singapore and the United States.

Bottom ranked are Yemen, Chad and Guinea in the last position of 144 with an index score of 2.79.

Jamaica's highest rating on the index was for the prevalence of trade barriers, with Jamaica ranking 11 with a GCI of 5.0. That placed it just behind Barbados and just ahead of Cyprus and Trinidad.

The country also scored high for its low rate of tuberculosis cases at 17; the government's budget balance as a percentage of GDP at 21 and the number of days to start a business also at position 21.

Jamaica's lowest ranking is for the business cost of crime and violence, with the country falling to 143 out of 144 countries, with a GCI score of 2.1. The only country that scored worse was Venezuela at 144 with a GCI of 1.9.

The country also fell down on the area of general government debt as a percentage of GDP, with Jamaica at 138.9 per cent, putting it in 140th position between Italy and Lebanon.

For organised crime Jamaica was at 138, with a GCI of 2.9 - ranking it between Pakistan and Colombia.

Jamaica is in the efficiency driven or second stage of development along with 29 other countries, such as the Dominican Republic, South Africa, Thailand, Ukraine, and Colombia. Their economies have moved beyond reliance on cheap labour and natural resources to concentrate on elements such as greater efficiency and higher degrees of education.

Countries in that stage are middle ranking with GDP per capita between US$3,000 and US$8,000. The report states that Jamaica has a GDP per capita of US$5,134, putting it at 84th position behind Jordan and ahead of Macedonia.

A closer breakdown of the figures shows where Jamaica falls on the three factors and the 12 different economic pillars used to create the overall ranking.