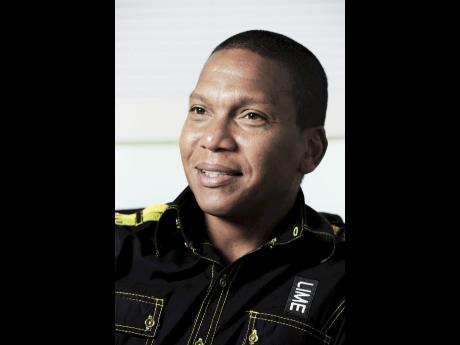 Caribbean Cement Company Limited begins supplies of a new 240,000 tonne clinker order from Venezuela this month, an 18-month contract that it is banking on to buffer export revenue for the Rockfort plant.

The contract is said to be worth about US$20.5 million.

The shipments are getting under way amid a slow quarter for cement export volumes, which dropped 25 per cent, but a strong showing for overseas clinker sales, which nearly tripled to 17,113 tonnes in the July-September period.

The execution of the contract signals that it is business as usual at the plant, which lost some of its board members in August, including chairman Brian Young, amid a legal tussle between shareholders and the old board of directors of parent Trinidad Cement Limited (TCL).

Christopher Dehring was appointed chairman of Caribbean Cement a week ago, on October 14, but had not, up to press time, responded to an interview request on his new role and what it signals for the direction of the local cement producer. He was said to be overseas and in meetings.

The new order of clinker from Caracas extends a previous agreement under which Caribbean Cement shipped 100,000 tonnes of the intermediate product between December 2013 and April 2014, a deal that was worth US$8.5 million.

In the nine months, ending September, the company recorded clinker exports of 80,373 tonnes, compared to 6,757 in the 2013 period. Cement sales were also up over the nine-month period, rising from 178,643 tonnes to 191,556 tonnes. Domestic sales of cement also rose but only by 10,000 tonnes to 458,644, but it is a continued indicator of a recovering construction market.

The combined sales produced revenue of $10.7 billion, which is close to $2 billion more than the previous period?s $8.9 billion turnover, signalling that Caribbean Cement is on track to outperform its $12 billion record haul in 2013. The sale?s performance then was boosted by price hikes and rising exports.

Caribbean Cement said its export revenue topped US$20 million for the first time in 2013 from shipments of 231,865 tonnes of cement, a new high, and 36,570 tonnes of clinker; while its share of the domestic market was back at 86 per cent.

?The recent trend in the domestic market is expected to continue as well as improvement in the export earnings,? said Caribbean Cement?s chairman Dehring and director Hollis Hosein in a statement appended to the newly released quarterly earnings report.

?In addition, we have entered into a new agreement to supply 240,000 tonnes of clinker to Venezuela, starting shipments in October 2014. We, therefore, remain cautiously optimistic that these favourable results can be sustained,? the directors said.

Despite the rising sales so far this year, the cement producer?s profit has underperformed last year ? $521 million of EBITDA now compared to $1.3 billion then and $20 million of net profit now compared to $31 million then ? but Caribbean Cement said the gap is explained by exceptional income of $591 million in the second quarter of 2013, arising from the reversal of debt-restructuring charges booked in 2012.

Trinidad Cement struck a deal with its creditors in 2012 to lengthen the maturity of its unsustainable short-term debt of TT$1.8 billion for six years. Under that deal, Caribbean Cement ? whose US$177m upgrade was included in that debt ? was recapitalised with the conversion of US$75m owed to TCL ? US$37 million was converted to preference shares, while US$38 million was treated as capital contribution.

Caribbean Cement now has a net worth of $4.8 billion, while its cash holdings have grown to $252 million.

Having sought advice from PricewaterhouseCoopers, the new TCL board, which is now chaired by shareholder Wilfred Espinet, has shelved debt payments temporarily and is working on a new plan for TCL and its subsidiaries ? one that could possibly result in another balance sheet restructuring for Caribbean Cement, its general manager Anthony Haynes said in an earlier interview.

The new TCL plan is to be ready by October 31, three weeks ahead of the group?s annual general meeting. The hold on the meeting was lifted after shareholders won their fight to oust six board members.