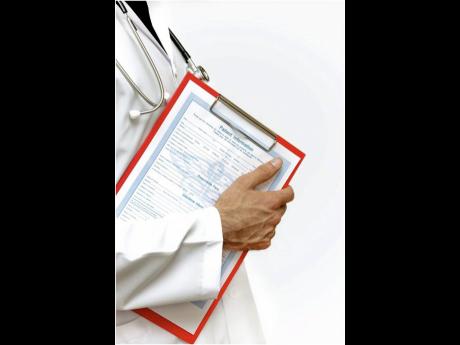 The last available accounts of the National Health Fund (NHF) to the public are for the year ended March 2012.

The organisation claims that their more recent accounts are completed but stuck in the Ministry of Health, which has failed to have accounts tabled in Parliament. Why is there such a lack of concern for public accountability by Minister Fenton Ferguson's ministry?

It is almost pointless providing accounts that are over two years old for public review - so much has transpired in the interim period. One has to be surprised that Chairman Sterling Soares, Deputy Chairman Lucien Jones (what would he say if road traffic accident data was similarly delayed?), and CEO Everton Anderson allow this slackness to continue - to say nothing about Minister Ferguson and his acting permanent secretary, Kevin Harvey.

The accounts of public bodies, according to the Public Bodies Management and Accountability Act, are to be prepared in accordance with generally accepted accounting principles promulgated from time to time, and as soon as possible after the end of each financial year, but not more than four months thereafter, the board of a public body shall submit the annual report, including audited financial statements of the public body, to the responsible minister, who shall cause the report and statements to be laid on the Table of the House of Representatives and of the Senate.

The act appears to be silent about the timetable for the responsible minister to lay the accounts before Parliament. In this case, the inference is that the NHF accounts for 2013 and 2014 are languishing in the minister's office.

This column has written to Attorney General Patrick Atkinson to ask what actions he has taken to apply sanctions to those bureaucrats who are failing to supply current financial information to the public. We await his response.

The above act does not stop the public body from giving the public immediate access to either its completed annual accounts or, indeed, in the opinion of this column, its in-house monthly accounts.

The historic and dated NHF 2012 accounts audited by KPMG appear to be well produced. Here are some issues of concern:

1) The Ministry of Health owes the NHF over $1.2 billion - all new debt in 2012. About half of the debt is over 90 days late in payment. There is no suggestion that interest is payable.

3) Material financial matters have not been resolved. The Ministry of Finance and Planning has not resolved how much of special consumption tax is due to the NHF and, separately, owes the NHF over $350 million.

4) The NHF owns property and equipment located on someone else's land! It is trying to buy the land!

The very competent Jennifer McDonald, CEO of the Passport Immigration and Citizenship Agency (PICA), has had a response to our column of September 17 published in The Gleaner of October 8. We thank her for this response.

She is indignant that this column was critical of the fact that PICA's current accounts are not available to the public.

She indicates that the fieldwork for 2008/09 accounts is almost complete.

We encourage the CEO to interpret the section of the Public Bodies Management and Accountability Act stated above to mean that she has four months to complete her audited financial statements. The section is silent about what accounts can be made public and when.

In the opinion of this column, a leading CEO has a legal right to make public current financial information. We await PICA's current accounts.

It would be good if the CEO would follow the example already set by other public entities.