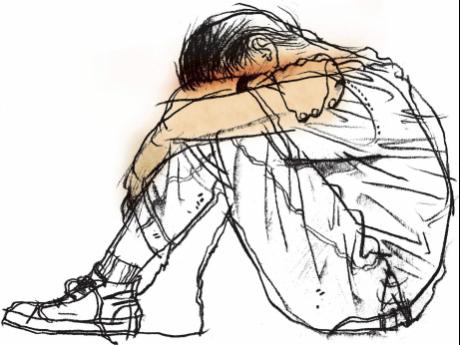 The stagnation of real wages for more than 40 years has been the topic of academic and policy debates.

Economists have tried to look for explanations, examining the role of technology, globalisation and demographic changes. At the same time, politicians have looked for ways to address the problems, or in many cases do the opposite.

There have been important sociological effects from the phenomenon. The concentration of wealth is growing at an exponential rate, while the middle class is shrinking.

Many pine for the period after World War II when real wages grew consistently for almost three decades. Of course, the episode was a unique period for the US economy. With Europe and Asia in tatters, the US had the only surviving industrial base. It had the capacity and means to lead the reconstruction efforts of the war-torn countries, while attending to its own needs.

At the same time, the US had just ended more than a decade of privation, due to the Great Depression, and there was a great deal of pent-up demand. Therefore, it is dangerous to use the post-war period as a baseline for real wage performance. The period may have been more of an anomaly than the norm.

The experience with real wages throughout most of the Industrial Revolution was rather grim. All one has to do is read some of Dickens tales about life in Victorian London to recall the enormous poverty and concentration of wealth.

There are several ways to improve productivity. It can be done through better education and skills. That has certainly been the case for some Americans. The college attainment rate in the US has more than doubled since the early 1970s.

Productivity improvements can also be obtained through better infrastructure, but more precisely it can be increased through the use of capital.

Output can be raised through the use of machinery and technology, which is what happened in the US during the last four decades.

Faced with uncompetitive labour costs, US firms employed more machinery, technology and techniques to increase output. Robots, computers and the Internet were used to streamline processes and prune workforces.

Elevator operators and typing pools were some of the first functions to disappear. Secretaries were replaced by word-processing programs, voicemail and cell phones.

were wiped out, from hardware stores to travel agencies and butcher shops. They were replaced by Amazon.com, online travel sites and hypermarkets.

As a result, output per labour unit rose, but remuneration did not. At the same time, corporate profits increased. The wealthy got wealthier, and the middle class shrank. So what's the mystery?

Capital is employed when the rate of return is positive. Given that the providers of capital were investors, business owners and equity shareholders, it is only logical that they were the ones who benefited from the improvement in output.

This is particularly the case in sectors that are capital-intensive. Other sectors that are more labour-intensive, such as finance and computer programming, witnessed real wage increases, because their improvements in productivity were due to their own education.

Some economists and politicians argue for a Grand Bargain to restore real wage growth. But, how is that going to happen? A return to communism?

The basis of Marxism is that in order to avert such concentration of wealth, all capital should be owned by the State. Of course, we know how that economic model worked out.

Thomas Picketty's Capital in the Twenty-First Century finds that it was only during periods of massive social unrest, such as wars and depressions, that the patterns of wealth accumulation were disrupted.

Of course, that should not be so mysterious. Property rights are the essence of capitalism. There is no such thing as property rights during revolutions and wars. Likewise, wealth is destroyed during economic depressions.

One of the intrinsic aspects of capitalism is the concentration of wealth. In order to smooth out the social problems with inequality, societies have resorted to the use of consumer credit and asset bubbles to temporarily smooth out the variance in wealth.

However, such measures are temporary in nature, and they will lead to a painful realignment at some point in the future. This phenomenon is not limited to the US; it is happening in the emerging world but without the massive improvements in productivity.

The positive rates of return are leading to an increasing concentration of wealth that is being masked by the proliferation of consumer credit and asset bubbles.

Unfortunately, the collapse of these bubbles can result in the instances of social unrest that capitalists hate so much.