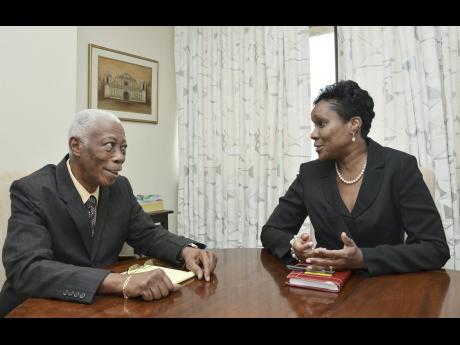 ?For us, the trade and investment arm is critical,? said the ambassador, even while noting that the Brazilian market is not easy to penetrate.

On September 20, the embassy staged a cultural festival in the capital, Brasilia, to introduce Jamaican condiments and other products and services to the Brazilian market.

The festival featured top brands such as Grace, Walkerswood, Busha Browne, and Fyahside.

Brazil is ?still very protectionist, but we feel that over time, with our product targeting programme, we will be able to get a niche,? said Stone Roofe.

?We feel that there is good, solid potential for Jamaican exports to Brazil, recognising, of course, that it?s a difficult market; but we have been having meetings and trying to find things to get that opening.?

Up to 2011, ethanol was at the centre of trade between Brazil and Jamaica, due to the Caribbean Basin Initiative under which Brazilian ethanol accessed the United States market duty-free.

Subsequent changes in US policy has given Brazil access without additional duty. It no longer needed Jamaica.

The Ministry of Foreign Affairs and Foreign Trade said that otherwise, Jamaica exports a narrow range of products to Brazil ? alumina, coffee, beer and rum. Peak exports in 2012 was as a result of alumina sales of US$7.7m that year, as well as a small quantity of ethanol.

Imports from Brazil peaked in 2011 at US$323.1 million. Jamaica mainly buys chemicals, ethanol feedstock, manufactured goods and food from the South American country.

In its quest to deepen trade, Jamaica is thinking ?big?.

Ambassador Stone Roofe said that, while not discounting smaller exporters, they were first targeting the bigger companies in Jamaica that are more likely to deliver the volumes of agro-industrial products required of a market as large as Brazil.

The ambassador is also actively promoting Jamaica as a tourism destination for Brazilians. In August, some of the larger tour companies were brought to Jamaica to experience the tourism product, with ? good feedback from the hotels and travel agents that were represented,? Stone Roofe said.

The ratification of the air-services agreement by Brazilian lawmakers will facilitate more direct air links to Jamaica and should give fillip to the efforts to promote Jamaica as a travel destination.