IMF Tracker - Will upcoming elections pose a risk to the IMF programme? 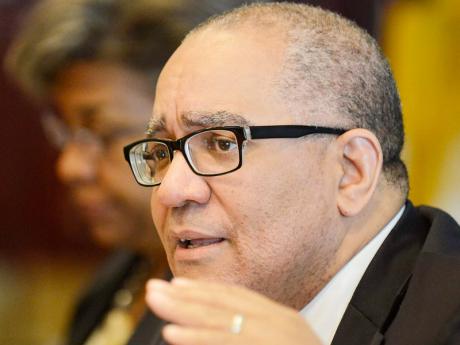 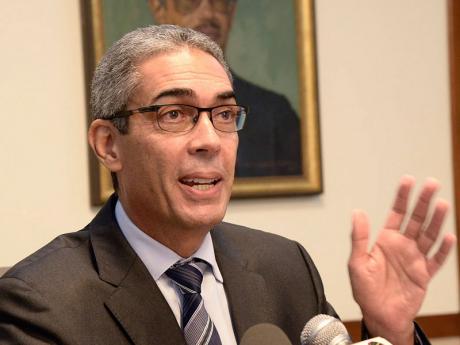 Members of the Economic Programme Oversight Com-mittee (EPOC) will be closely watching the Government in the run up to the general election, constitutionally due in 2016, to ensure it does not deviate from commitments under the International Monetary Fund (IMF) programme.

"The country expects EPOC to keep a very keen eye out that we do not do anything that is going to have a negative effect on the economic programme," co-chairman Richard Byles said.

"The fact that elections are coming is not relevant to us doing the right thing, making the correct decisions to keep the economy on the path that it is on," he said, adding that "next year and the year after is the real test of EPOC".

Byles was responding to a question at a media briefing in New Kingston last week as to whether he believes there would be more capital expenditure in the run up to election, given past actions of incumbent governments.

The co-chairman had earlier lamented that the Government has had to persistently underspend the capital budget to meet the primary surplus target of 7.5 per cent of gross domestic product under the IMF programme, which is equivalent to $121.27 billion for fiscal year 2014-15.

"You will see capital expenditure to the extent that the Budget can afford it, and no more," Byles said.

"We have grown accustomed to cutting capex in the past and I think they will cut it in the future, too. In a way, you can't blame the administration for cutting Budget to meet the (primary surplus) target," he added.

According to Byles, "In previous IMF agreements, had we done that, we wouldn't have failed some of the previous ones. So it's not a bad thing. It's good financial management, short term, to hit the IMF targets, but I'm saying that if you keep doing it over and over again it is eroding our infrastructure even beyond what we contemplated."

At his quarterly monetary briefing in mid-November, Bank of Jamaica Governor Brian Wynter declined to directly say whether there are any risks associated with the impending political business cycle (translated, if the Opposition Jamaica Labour Party (JLP) wins) and the possible impact on the IMF's economic support programme.

While he said he would leave that question to others, Wynter said: "What I can observe, though, is that our Parliament saw fit to pass into law a stronger fiscal rule and I take that as a collective act," referring to the fact that it had the support of both the Government and the Opposition during its passage in the Legislature.

Apparently referring to local government elections, which could be held by March 2015 and general elections by 2016, Wynter said "nobody can say what is going to happen next year, two years from now. None of us can."

The central bank governor said, however, that "you can create processes and structures that make it more likely or better guarantee to us that what we say we expect to do, despite all the things that can happen in the future, that we are still going to stick with it and do it."

He added that "we will see that that collective commitment by Jamaica to a process will also help to maintain all of us on a path of fiscal probity as we go forward. And it's so important to this debt reduction and the stability that we have experienced recently and that we are going to continue to experience in the future."

Jamaica's stock of public debt stood at $2.04 trillion at the end of September 2014, according to data from the Debt Management Branch in the Ministry of Finance and Planning. The figure was calculated based on an exchange rate of $112.66 to the US dollar.